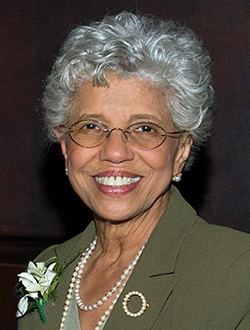 At 82, Josie Johnson has spent a lifetime trying to level the playing field between persons of color and whites — in the voting booth, the classroom and beyond.

I feel very strongly we should never as a society block the possibility of anyone becoming well-educated and informed. Anything we can do to encourage an intellectual society, we need to do that.

For more than 40 years, Ellen O’Neill, a white woman, has struggled to understand and dismantle her own and society’s racist attitudes and institutions, last year helping launch a community conversation heard round the world.

Says O’Neill, executive director of the YWCA of Duluth:

The lens I looked through was: “Racism impacts people of color.” But, I came to understand that what happens to people of color has something to do with me. Where I have privilege, they have disadvantage. Racial disparities won’t change until white people take up the responsibility to change racist systems…

Both will be honored April 29 at a public event as longtime advocates of racial justice by the Saint Paul Foundation at their seventh annual Facing Race Ambassador Awards celebration.

“Racism plays a real role in creating and perpetuating inequity,” says Carleen Rhodes, president and CEO of the Saint Paul Foundation,“[a]nd silence about racism prevents our community from making progress on this critical issue.’’

Johnson’s involvement in civil rights causes began as a teenager in Houston, Texas, in the 1940s when she accompanied her politically active father as he worked to unionize railway dining-car waiters and as he gathered signatures for a petition to overturn a state poll-tax law preventing black people from registering to vote.

Moving to Minnesota in the mid-1950s with her husband and children, she continued her social justice activism, joining the Urban League, the NAACP, the League of Women Voters. Later she worked for the League of Women Voters and the Minnesota Civil Rights Department to see passage of a state Fair Housing bill, six years before Congress established a similar federal law.

African-Americans’ struggles to claim their voting rights compelled Johnson to head to Mississippi in the 1960s.

“I had no choice but to be engaged in the struggle for freedom and justice,’’ she told the foundation, remarking that along the same vein in 2012 she fought against a voter-identification amendment to the state constitution.

Along the way she earned a doctorate degree in education administration and in 1971 was instrumental in creating the African American Studies department at the University of Minnesota.

Early in her career O’Neill worked with women victims of abuse and saw up close the physical and emotional damage that was compounded by the racist attitudes and institutional practices some of those women faced as they tried to begin new lives. 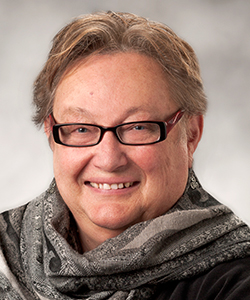 Believing change starts with knowledge, in 2011 O’Neill helped organize a coalition of 17 community partners that last year sparked conversation and controversy about racial disparities in the Duluth community, which is 90 percent white, and far beyond. Social media brought the campaign to other countries.

The Un-Fair Campaign got people talking through workshops, presentations, films, theater and museum exhibits, as well as provocative billboards like those picturing white faces and the text: “It’s hard to see racism when you’re white.”

The in-your-face approach found supporters, as well as critics, some responding in intimidating and frightening ways.

“I began hearing the hateful things people would say,’’ O’Neill told the foundation. “But I knew that I, as a white person, was experiencing this because we were breaking the silence about racism. But people of color are in that position every day.’’

Keynoting the event is Manuel Pastor, University of Southern California professor of American Studies and Ethnicity, talking about dramatic demographic shifts in the United States and strategies for talking about race and achieving racial equity.

This is the seventh year the foundation is celebrating “the leadership and courage of individuals working to end racism in Minnesota,’’ Rhodes says.

Josie Johnson and Ellen O’Neill: Different lives but both devoted to fighting racism