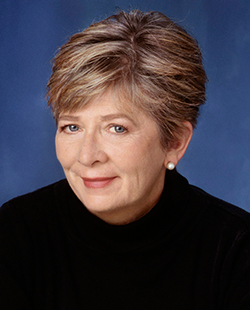 Hear the name Barbara Ehrenreich and it may not ring any bells. Hear the words “Nickel and Dimed,’’ and you’ll likely remember.

That’s the name of a best-selling book and she’s the journalist who wrote it, going undercover waiting tables, cleaning toilets, selling for Wal-Mart and caring for nursing home patients to experience and write about life for America’s working poor, people working two or more jobs for $6 to $7 an hour. Trying to make a living wage.

Shocked and moved by her revelations about life lived at or below minimum wage when I read the book many years ago, I sought Ehrenreich out to talk about poverty this week as Minnesota legislators voted to raise the state’s minimum wage.

The Senate on Thursday voted to bump it up from $6.15 to $7.75 per hour by August 2015. Last week House members in their own version upped the basic wage to $9.50 an hour. Both bills have inflation-related raises in future. The two bodies must now settle their differences. (In reality, the majority of Minnesota’s hourly minimum wage workers are paid the federal minimum wage of $7.25 per hour.)

I told Ehrenreich of our Legislature’s actions and then asked: Given your experience, is that enough to live on, to support a family on?

“No, and I’m not basing this on my experience,’’ she said.

“There are people who figure these things out…” she said, referring me to the Living Wage Calculator, which reports a minimum cost of living income for one adult living in Hennepin and Ramsey counties as being $9.69 an hour. That wage supports an adequate but not a middle-class life style. Add two children and the supporting wage rises to $26.09.

To hear her tell it, life these days for America’s low-income, employed people isn’t any better now than it was when she researched the book, which includes her experiences working at low-paying jobs in Minnesota.

“When I speak to college students reading “Nickel and Dimed” – written 12 years ago — I tell them, ‘Those were the good old days,’’’ she told me by phone from her home in Alexandria, Va., though implementation of the new federal health-care law may ease life for the working poor, she acknowledged.

Life for some of the women Ehrenreich, 71, wrote about changed little if at all during the recent Great Recession, she said. She wrote in an op-ed piece for the New York Times:

I found them no more gripped by the recession than by “American Idol”; things were pretty much “same old.” The woman I called Melissa in the book was still working at Wal-Mart, though in nine years, her wages had risen to $10 an hour from $7. “Caroline,” who is increasingly disabled by diabetes and heart disease, now lives with a grown son and subsists on occasional cleaning and catering jobs.

Other low-income persons were hit hard, she wrote:

[T]he boom of the ’90s and early 2000s had been basically devastating for the urban poor. Rents skyrocketed; public housing disappeared to make way for gentrification.  ..[Y]es, the recession has made things palpably worse, largely because of job losses.

Our interview, excerpted below, covered a number of topics related to poverty.

MinnPost: Is it stereotyping to call the poor “poor?’’

Barbara Ehrenreich: I don’t think it should be a negative term. We have to revive the notion of being poor but proud. In practice I end up using a lot of different terms because I don’t want to deal with the stereotype in people’s minds.

MP: You talk about the “criminalization of the poor.’’ Will you elaborate?

BE: This is something that has increased since the recession, with the number of misdemeanors you can be charged with, that can lead to fines and fees. If you are driving, for example, and one of your headlights is out because you don’t have the $120 to get it fixed and you get stopped. Your fine may be $200 and you don’t have $200 either. That goes on and pretty soon you have [legal] charges against you. It can be private debt, too: a landlord who decides to send you to court. You didn’t get that summons because it was not sent or you moved to another place. It’s a huge tangle and once you start falling, you start falling faster and faster. The most vicious example is the increasing number of jails charging their inmates for room and board.

MP: Do you address race or color in your book?

BE: Very little. What I began to suspect as a white person was I was likely to get slightly higher pay, a slightly less back-breaking job than an immigrant because of my English and my skin color. Here I am in Virginia. If I apply for a job with a house-cleaning service here, everybody else they’ve hired is going to be Latina and they’re going to say: “Who the hell is this [white] woman?” They don’t usually expect you’re a reporter. It’s implausible for a middle-aged — and I’m being generous to myself — for a white lady to show up at Merry Maids.

MP: Middle- and upper-class people talk about the poor making “poor’’ choices because they may see very overweight poor people or they see the see them staying in hotels.

BE: I fell into a housing trap in the Twin Cities. I finally ended up in an over-priced, residential hotel — a real dump. But if you don’t have the first month’s rent as security deposit, you’re not going to get an apartment. As for the rich, affluent people comforting themselves with the thought there is nothing wrong with our country, our system, that there is something wrong with poor people — a lack of character, a lack of discipline. They eat too many chips, drink too much Mountain Dew, have too many children. [They don’t stop] to look at the hard-core fact that at the bottom poverty is not the matter of your character. It’s a matter of a shortage of money. You don’t have the means for a better choice.

Since writing “Nickel and Dimed,’’ and several others, including “Bait and Switch” about the ease with which college-graduates can slip into low-paying jobs, this former college biology major and anti-Vietnam-War activist, has inspired the Economic Hardship Reporting Project   “to produce compelling stories on poverty and economic insecurity.”

“We have to be aware of all the ways people are ground down to poverty and the mechanisms that are in place to keep them there,’’ Ehrenreich said.