Cheryl Steeves serves women from anywhere in the world striving to overcome trauma and start a new life. Her group provides safety, community, life skills and a home base.

Ernesto Velez Bustos and his organization help Latinos and migrant workers in southern Minnesota attain the stuff of human dignity: a tornado shelter for farm workers, air-conditioning for their children in daycare facilities.

Steeves and Bustos are two among six Minnesotans who, with  “little thought of public recognition or financial reward,” serve, empower and unite the poor and disadvantaged to help themselves, and so today at a private luncheon receive the 2013 Virginia McKnight Binger Awards in Human Service and $10,000 each.

We’ll revisit Steeves and Bustos in a moment, but first, here are the other award winners, with compelling stories all, provided by the McKnight Binger folks:

Sunny Chanthanouvong, Minneapolis, is honored for his leadership with the non-Hmong Lao community, including 12 years as executive director of Lao Assistance Center of Minnesota,  including providing health, employment, housing and citizenship services.

Brian Mogren, Minneapolis, has been serving north Minneapolis since he moved there 15 years ago, and that commitment to the north side prompted him to end a 25-year advertising career. He has transformed his own home into an “urban retreat center and house of hospitality,’’ renaming it St. Jane House. He has also founded Alafia Place, which provides housing and development services for north side community leaders.

Kim Randolph, who lives in Duluth, has worked at Churches United in Ministry (CHUM) homeless shelter for 25 years. Supporters say she has earned a “well-regarded reputation for being calm, firm and gracious.’’ As stabilization services director, she and staff help people “get back on their feet” through permanent housing, employment and other necessary services.

Fatima Said of Winona gives back in tribute to those who helped her when she left her home in war-torn Bosnia in 1993. Still grateful 20 years later, she helps families integrate into American society as executive director of Project Fine.

Two stories of courage and support

Now back to humanitarians Bustos and Steeves.

First Bustos: Last August when anti-immigrant signs appeared in Owatonna, the base of Centro Campesino, the organization he heads, he was in the headlights. 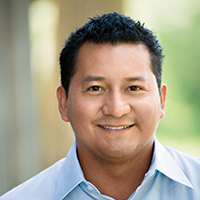 “It’s a very brave thing to be a visible person in an organization like that,’’ says Suzanne Murphy, talking about Bustos and the immigrants-rights organization he first came to as a college student and an immigrant from Mexico but now heads in Owatonna. Murphy nominated him for the award.

Murphy says Bustos and his organization are often the single strongest voice for the immigrant community in southeast Minnesota and all over the state has and that Bustos makes sure Latinos are heard in immigrant matters.

As for Steeves, she directs Sarah’s…an Oasis for Women, which serves 31 women at a time, offering a home and support services in the Highland Park area of St. Paul with the goal of helping them rebuild their lives. Sarah’s is a ministry of the Sisters of St. Joseph of Carondelet. 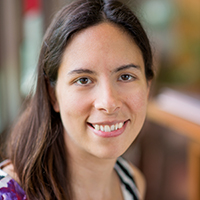 “When they leave here, we want them to be able to sustain themselves. We take the time to make that happen. That’s one of the reasons I like being at Sarah’s. The women here are going to make it,’’ says Martha West, community relations associate for the organization.

From places like Eritrea, the Congo, China or America, the women come for asylum, to flee domestic abuse or human trafficking and other “significant trauma and abuse issues,’’ West said.

In return they find safety, learn English and job skills. Some further their education.

Says one resident, Eleanor from the Congo, who will start college this fall:

“Being at Sarah’s so far, I see dramatic progress in my life. I am improving my English: speaking writing reading. … I have also learned a lot of things from the women and I am integrating into the new culture. … I find peace, joy, safety and hope at Sarah’s.’’