Any Minnesotan living homeless or hungry is one too many. That’s a given.

But in some places there are indications life in the lowest income brackets could be stabilizing, or maybe taking a turn for the better.

That’s discounting the U.S. House “food stamp” vote which would eliminate Supplemental Nutrition (SNAP) benefits to about 32,000 Minnesotans. And, yes, of course, a U.S. government shutdown could rip my glimpse of silver lining to shreds.

That’s a “statistically significant change” and Minnesota should get credit for that, says state demographer Susan Brower. After all, Texas was the only other state where the poverty rate declined.

Also, in the Twin Cities area, the number of persons living in poverty dropped from 11.0 percent in 2011 to 10.7 percent in 2012. Though the decrease is not statistically significant, given margins of error, it’s a number headed in the right direction.

Stack on that findings in the 2012 Household Food Security report issued by the U.S. Department of Agriculture this month.

On average 10.6 percent of the state’s households were food-insecure this year, meaning that at least some time during the year they “lacked access to enough food for an active, healthy life for all household members.”  Compare that to last year’s report of 10.5 percent.

“We’ve definitely seen some stabilization over the past few years and even a small decline in this past year,” demographer Brower acknowledges, but she feels it fair to point to high rates of poverty among some racial groups.

The poverty rate for black Minnesotans is 38 percent, versus 8 percent for non-Hispanic whites; 32 percent for American Indian Minnesotans, and 26 percent for Hispanic and Latino individuals, Brower says. 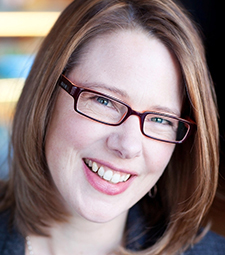 “We’re not seeing much improvement. We’re just seeing a flattening out of what has been a really painful trend,” of past increases in poverty levels, suggests Brian Rusche, director of the Joint Religious Legislative Coalition and a long-time advocate for low-income persons.

Is the trend temporary?

On one hand, some jobs are coming back with the improving economy, Rusche says, but Congress is moving toward decreasing supplemental Nutrition Assistance (SNAP) benefits, he points out.

And, how good are those jobs?

“I’m still wanting to know how many people who are working and supporting households are still poor. I think we’re seeing a decline in job quality. More people are working for substandard wages and fewer hours than they would be willing to work,” Rusche says.

There were more good numbers from the Census. Ten thousand fewer Minnesota children lived in poverty in 2012 than in 2011.

In other words, great need remains and we need to keep in touch with that reality.

Besides, though the federal government’s poverty measure is a widely known measurement of “a family’s economic well-being,” it may not be the best measure, some argue.

“Living above the poverty level is not synonymous with enjoying economic stability,’’ says Peggy Flanagan, new executive director of children’s Defense Fund-Minnesota. That advocacy group and many others around the state are pushing for an increase in the state’s minimum wage.

There are more disconcerting statistics, though from a different source.

About 210,000 Minnesota children are food insecure, according to a Feeding America study, says Jason Reed, a staff member with Hunger-Free Minnesota, an organization that helps feed hungry school children.

Thanks to a $100,000 grant from UnitedHealth Group, Hunger-Free Minnesota is accepting online applications for grants to fund the start or expansion of after-hours food programs for school kids.

The grant money will help organizations use funds from the School Meal Program, part of the Child and Adult Care Food Program financed by the federal government. (And, no, that money pot is not threatened by the recent House vote.)

At Hmong College Prep Academy in St. Paul (where 88 percent of the student body qualifies for free or reduced-price school lunch) an evening meal of, say, a turkey sandwich, fruit, juice or milk would be “a great thing,” says superintendent Christianna Hang.

I’m hearing that on the poverty front, there’s plenty of work to do.