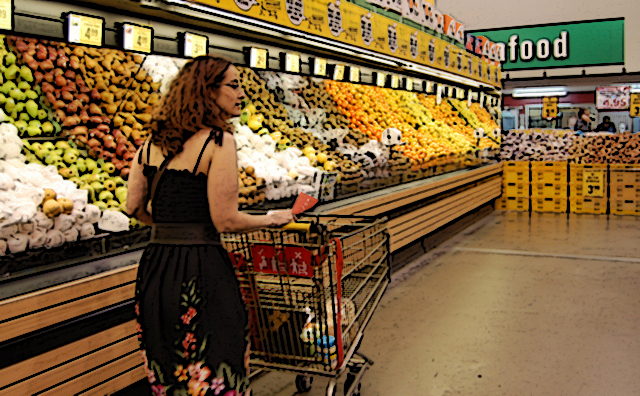 Creative Commons/Mary ThompsonCould it be that people of low income spend so much mental energy getting through each day that they have less capacity to deal with bigger issues that affect their lives?

And it’s not the connection you may think. So-called conventional wisdom, after all, has it that making poor decisions leads to reduced living circumstances.

In contrast, the research reported in the journal Science suggests that “poverty itself” reduces cognitive capacity because “poverty-related concerns consume mental resources leaving less for other tasks.”

Could it be that people of low income spend so much mental energy getting through each day balancing life’s necessities against the weight of money problems that they have less capacity to deal with bigger issues that affect their lives – issues like work, education, parenting?

Yes, suggest researchers at the University of Warwick in Coventry, England.

The consequences are significant and measurable, they say.

From the The Guardian:

The cognitive deficit of being preoccupied with money problems was equivalent to a loss of 13 IQ points, losing an entire night’s sleep or being a chronic alcoholic, according to the study. The authors say this could explain why poorer people are more likely to make mistakes or bad decisions that exacerbate their financial difficulties.

Yet there is hope of disrupting this cycle. Continuing with The Guardian:

Anandi Mani, [associate professor in economics and] a research fellow at the Centre for Competitive Advantage in the Global Economy at the University of Warwick, one of the four authors of the study, said the findings also suggest how small interventions or “nudges” at appropriate moments to help poor people access services and resources could help them break out of the poverty trap. Writing in the journal Science, Mani said that previous research has found that poor people use less preventive health care, do not stick to drug regimens, are tardier and less likely to keep appointments, are less productive workers, less attentive parents, and worse managers of their finances. “The question we therefore wanted to address is, is that a cause of poverty or a consequence of poverty?”

She said the team of researchers, which included economists and psychologists in the UK and the US, wanted to test a hypothesis: “The state of worrying where your next meal is going to come from — you have uncertain income or you have more expenses than you can manage and you have to juggle all these things and constantly being pre-occupied about putting out these fires — takes up so much of your mental bandwidth, that you have less in terms of cognitive capacity to deal with things which may not be as urgent as your immediate emergency, but which are, nevertheless, important for your benefit in the medium or longer term.””

“I think poverty does have debilitating physical and mental effects,’’ she said, adding that she hopes the study can be used as a jumping-off point.

“Now that we have seen this research and we accept that as true, are we going to be able to turn to structural solutions for addressing this?’’

In other words, she’s asking is there the will in this country to change social and political policies so that the United States provides adequate services — economic, housing, food — to “minimize” poverty?

What researchers did was carry out two sets of studies, one at a shopping mall in New Jersey, the other among sugar-cane farmers in India.

At the mall, they approached about 400 people at random asking them to think about solving a hypothetical financial problem.

While thinking about the hypotheticals, the volunteers were tested with IQ-based puzzles and tasks measuring their attention.

The results, as Matt Yglesias writes for Slate, are revealing:

Among Americans, they found that low-income people asked to ponder an expensive car repair did worse on cognitive-function tests than low-income people asked to consider cheaper repairs or than higher-income people faced with either scenario. To study the global poor, the researchers looked at performance on cognitive tests before and after the harvest among sugarcane farmers. ….. They found that the more secure postharvest farmers performed better than the more anxious preharvest ones.

The monetary affect on cognitive skills should factor in to our understanding of poverty.

Yglesias, a business and economics correspondent, sums it up this way:

Poor people — like all people — make some bad choices. There is some evidence that poor people make more of these bad choices than the average person. This evidence can easily lead to the blithe conclusion that bad choices, rather than economic conditions, are the cause of poverty. The new research shows that this is — at least to some extent — exactly backward. It’s poverty itself (perhaps mediated by the unusually severe forms of decision fatigue tha[t] can affect the poor) that undermines judgment and leads to poor decision-making.

What’s the relationship between poverty and poor decision-making?