Fourteen years ago, longtime community activist Abdirizak Bihi received a call informing him of an after-school fight that broke out between Somali-American and African-American students at Roosevelt High School in Minneapolis.

Bihi was among a group of parents and community leaders who worked to put a stop to the fight. Over the ensuing decade, Bihi said, there were sporadic fights and tensions between the African-American and Somali-American youths in Minneapolis.

Those fights often took place at malls, parks and other public gatherings in Minneapolis and the surrounding cities. But when a food fight erupted into a melee at South High School last year, Bihi and other leaders formulated a plan of action: finding a way where both communities could gather and learn about each other.

That plan recently gave birth to a weekly meeting between members of the Somali-American and the African-American communities, Bihi said in a recent interview.

“Actually, I’m driving back from the meeting as we speak with you right now,” he said. “We openly talked about the misunderstanding of both communities. We all agreed that not only do we share color, but also heritages and daily issues that face our communities.”

He added that the two communities derived from the same root and are now facing the same struggles: poverty, homelessness, discrimination, and income and unemployment disparities.

Al Flowers, an African-American activist, said it’s a win-win situation for both communities to come together and learn from each other.

“Over the years, we said different things about each other, but we never got together,” Flowers said. “That’s why I think coming together now is a big deal. It’s a big deal because we have to put our political clout together.”

Flowers said both communities have lessons to learn from each other, a sentiment Bihi echoed. African-Americans will teach the Somali-Americans about “some of the hardships we went through,” Flowers said. “The Somali community sticks together on issues most of the time, but we don’t. We can learn from them about sticking together. We’re learning from each other. It’s a powerful thing.”

An estimated 30,000 Somalis live in Minnesota, with the majority living in Minneapolis’s Cedar-Riverside area.

The increased engagement and collaboration between the communities have resulted in the recent appointments of two Somali-American women, Ilhan Omar and Farhiyo Khalif, to the National Association for the Advancement of Colored People (NAACP) in Minneapolis.

Omar was appointed the third vice president and Khalif was elected as assistant secretary of the Minneapolis NAACP. Omar and Khalif are the first Somali immigrants to become members of the local NAACP. 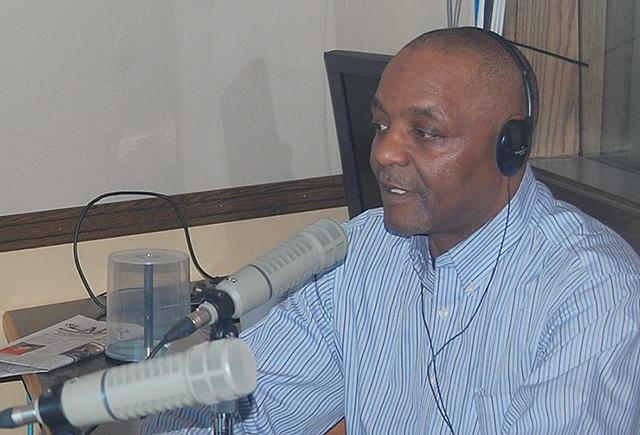 Courtesy of Al Flowers
Al Flowers: “I think coming together now is a big deal. It’s a big deal because we have to put our political clout together.”

“That’s something that came out of the work we’re doing together,” Flowers said of the two women’s involvement in the NAACP. “We’ve got a bright future together … we just need to hang in there.”

Bihi said he thinks that the Somalis have come a long way since they arrived in Minnesota in the 1990s and 2000s. He was referring to the successful small businesses the community has established and the participation in local and state politics.

“We isolated ourselves from the rest of the city for many years,” he said. “It’s important that we’re now starting to get ourselves out and engage other communities. We’ve a lot to gain.”