Members of Minnesota’s Oromo community plan to rally Friday in St. Paul and are calling for a hunger strike to mourn the deaths of student demonstrators gunned down last week by Ethiopian security forces in Addis Ababa.

Oromo students and others in Ethiopia have been protesting since April 26 a plan to develop the capital Addis Ababa, saying the proposal will displace farmers in the city outskirts, erase significant landmarks and dismantle the rich culture and identity of the ethnic Oromo people. Because the Oromia region surrounds Addis Ababa, an expansion of the city will mean a further blow to the region and its people, who have been marginalized for decades, they say.

Addis Ababa city officials argue the plan will develop and improve the city — one of the fastest growing cities in Africa — and its surrounding suburbs.

Thousands of people, mostly university students, took their anger and frustration to the streets of Addis Ababa to express their disapproval of the plan unveiled in April. The ongoing demonstration erupted in violence May 1, the day U.S. Secretary of State John Kerry visited Ethiopia as part of a tour of Africa.

There are conflicting reports about casualties, with government officials saying the death toll has grown to 11 and witnesses counting nearly 50 dead.

Hassen Hussein, an assistant professor at St. Mary’s University of Minnesota and a longtime Oromo community activist, said in an interview Thursday that the regime has killed more than 75 demonstrators and wounded up to 200.

Whatever the case, Nasser Mussa, a Minneapolis Oromo-American activist, noted that the demonstrators have been peaceful and were attempting to exercise freedom of expression and demanding their rights.

“Killing unarmed protesters is unacceptable and should not be tolerated,” Mussa said. “The Ethiopian government says they are democratic, but they have been doing undemocratic things for years, including the killing of innocent people and committing other serious human rights abuses.

“The current situation there is making me feel terrible,” said Mussa of the unfolding political tensions and violence in Ethiopia. “Those killed are like brothers and sisters to me.”

Members of the Oromo community in Minnesota will assemble Friday outside the state Capitol to call attention to the killings and condemn the Ethiopian regime. At the rally, which will run Friday to Sunday, demonstrators plan a hunger strike and a 24-hour vigil. 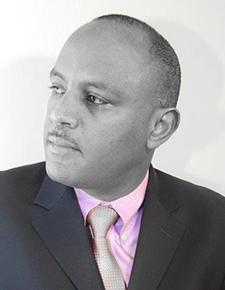 “Although experience of oppression at the hands of the Ethiopian government is not new to the Oromo population in the Twin Cities, nothing in my recent memory has moved the community as much as the killings of peaceful protesters these past two weeks throughout the vast Oromia region,” said Hussein.

An estimated 40,000 Oromos live in Minnesota, the largest concentration outside Ethiopia. Hussein, who is organizing the protest, and other demonstrators hope the event will raise awareness.

“The regime is a strong ally of the United States,” Hussein said. “We want the U.S. government to reconsider its policies.”

The United States provided the Ethiopian government more than $135 million for humanitarian aid this year. Hussein and Mussa said that aid isn’t used to assist vulnerable populations. Instead, they said, it’s used for human-rights abuses.

“We need to stop our tax dollars from killing innocent people, our children,” Mussa said. “We need to hold the Ethiopian government accountable for what they’re doing.”

According to a 2013 report by the U.S. Department of State, the most common human-rights abuses Ethiopian forces commit include suppressing freedom of expression, harassment and intimidating journalists and politicians. The report added: 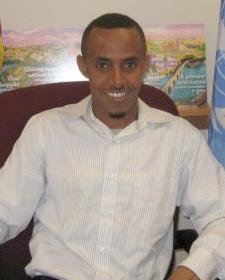 The East African country has more than 80 ethnic groups, according to the report. It has a federal-government system, with its boundaries generally divided into ethnic groups. Likewise, its political parties largely remain ethnically segregated. Other human rights problems included arbitrary killings; allegations of torture, beating, abuse, and mistreatment of detainees by security forces; reports of harsh and, at times, life-threatening prison conditions; arbitrary arrest and detention; detention without charge and lengthy pretrial detention; a weak, overburdened judiciary subject to political influence; infringement on citizens’ privacy rights, including illegal searches; restrictions on academic freedom; restrictions on freedom of assembly, association, and movement; alleged interference in religious affairs; limits on citizens’ ability to change their government; violence and societal discrimination against women and abuse of children; trafficking in persons; societal discrimination against persons with disabilities.

The Oromo ethnic group makes up about 40 percent of Ethiopia’s 94 million people, the largest ethnic group in the country.