When the anticipated birth of the new crescent moon of Ramadan occurred Saturday, Liban Adam and Khalid Mohamed moved forward with their plan for the holy month: To help ensure that poor Muslims have food on the table after long days of fasting.

The youngest known activists in the Minneapolis Muslim community, 21-year-olds Adam and Mohamed have a busy schedule ahead this Ramadan, which coincides this year with some of the longest days of the year.

With Mohamed juggling full-time office support duties at the City of Minneapolis and Adam working with the Minnesota DFL House Caucus, both are observing Ramadan, which began Sunday.

Like 8 million Muslims in the United States, Adam and Mohamed fast during the holy month, which means neither eating nor drinking from dawn to dusk until July 29. They also will be involved in working with Walaal Afuri, a program that raises funds for people in Somalia, who don’t have the means to buy food during Ramadan.

Originally established by young people in England, Walaal Afuri, or “feed a brother/sister,” was recently adopted among the Twin Cities youths.

“In Minnesota, we have big meals to break our fasting with at sunset,” said Mohamed, a senior information technology student at Rasmussen College in Egan. “In Somalia, many can’t afford to buy food. So we want to make sure those people are fed through this initiative.”

Walaal Afuri has not taken shape yet, but Adam and Mohamed say they hope to touch thousands of lives in the coming days. “We will start door knocking and fund-raising activities for the project,” said Adam, who alongside Mohamed, reached out to local media to raise awareness for the initiative.

The annual arrival of Ramadan rotates through the seasons according to the lunar calendar, and this year it falls in the summer.  The long days and heat of July could make the traditional fasting even more of a challenge for the 150,000 Muslims in Minnesota this year.

“It’s not going to be easy,” Adam said of Ramadan, which translates this year into nearly 17 hours per day of fasting. “Part of the reason we keep ourselves busy is because we’re avoiding the hardships that come with it. You’re more likely to feel it really bad when you’re not doing anything.”

Adam, who was born in Oregon and grew up in Minneapolis, said Ramadan fell in the wintertime when he first started fasting at a young age. “[Fasting] was really easy then,” he said. “We were done by 4 p.m.”

During Ramadan, the ninth month in the Islamic lunar calendar, Muslims are commanded to refrain from eating, drinking — even water or chewing gum — smoking and sexual activities from dawn to dusk.

Muslims believe that Ramadan is the month in which the Quran was revealed to the Prophet Mohamed. With intense devotion, Muslims around the world fast during the day. During prayers at mosques at night, they recite and listen to the 30 chapters of the Quran, one chapter a night, over the course of the month.

‘A time for reflection’

Men and women in traditional Islamic clothing joined for special Ramadan prayers (taraweeh), formed straight rows, bowed and prostrated themselves with their faces toward Mecca, Saudi Arabia. The one-hour taraweeh prayer, which started at 11 p.m., was the official opener of the fasting month. 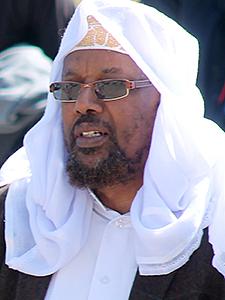 “In this month, Muslims also abstain from lying, cheating, back-biting, gossip and other bad habits,” said Sheikh Abdirahman Ahmad, imam of Abubakar As-Saddique Mosque, in a lecture about Ramadan. “Charity is very significant in Islam, and even more so during Ramadan. Help the poor and the needy. Stay in touch with your relatives. Give what Allah has given you.”

U.S. Rep. Keith Ellison, the first Muslim elected to Congress, celebrated Ramadan on Saturday. “Ramadan Mubarak! Peace and blessings to all,” he wrote in part on his Facebook page. “For me, Ramadan is a time for reflection, contemplation, renewal, revelation, redemption, reconnection.”

And for Adam and Mohamed the month is also about living the life of the poor and experiencing how it feels stay without food or water for a period of time.

While Muslims throughout the world are commanded to fast, young children, the elderly, people with medical conditions and women who are pregnant, breastfeeding or menstruating are exempt. 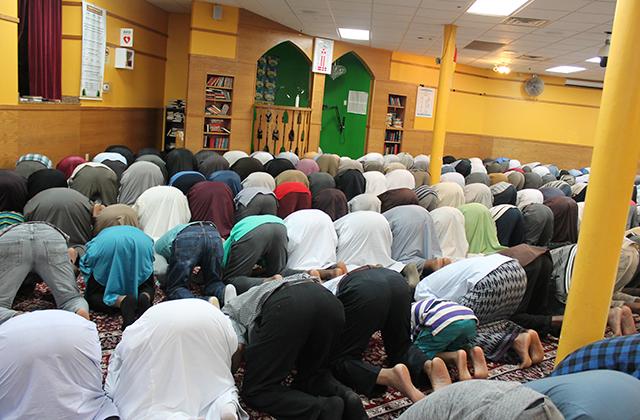