It didn’t take long for Qais Munhazim to learn about the misconceptions many Americans have about his home country, Afghanistan.

The mere mention of Afghanistan sparked an awkward conversation with an American woman at Newark International Airport in New Jersey in 2008, when Munhazim first landed in the United States on a student visa to attend the University of Minnesota.

At the airport — after a tedious 15-hour flight from Kabul and, he says, constant interrogations by the U.S. Customs agents — Munhazim was confused and nervous that he couldn’t understand the airport signs that would lead him to his Minneapolis-St. Paul International Airport destination.

So Munhazim, 29, asked the woman traveler where he could catch a flight to Minnesota as showed his ticket. Fortunately, he said, she was also headed to Minnesota and happened to be a University of Minnesota student as well.

As the two walked together, Munhazim said he engaged in an unexpected conversation.

“So, you’ve an accent. Where are you from?,” the woman asked.

“Afghanistan,” he replied as he sipped a Pepsi.

“Is it your first time drinking Pepsi? You must feel good.”

It wasn’t the first time that Munhazim had Pepsi. But he decided to keep quiet and ignored her question. The woman, however, didn’t stop there.

“She looked at my clothes and said, ‘I like your shirt. Did you buy it here at the airport?’”

“No,” he replied. “I bought it in Afghanistan.”

Since arriving in Minneapolis, Munhazim said, he has faced similar questions on almost a daily basis. “There is a huge disconnect between the U.S. and Afghanistan,” said Munhazim, an international student who earned his bachelor’s degree in political science in 2012 and is now pursuing a Ph.D. in international security and political Islam. “All [that Americans] see is Afghans in the news, which portrays us in a very dark light: suicide bombers, savages, warlords, poor and uneducated.”

Munhazim added the mainstream media also portrayed Afghans the same way in the 1980s during the Soviet Union invasion of Afghanistan.

But Munhazim noted another side to the Afghan story, which, he said, the media overlooks: stories of love, laughter, dance, food, fashion and style. 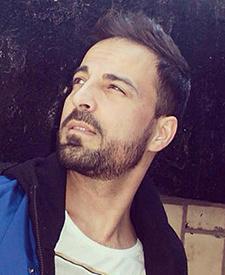 “We do have a beautiful life back home,” he said. “It’s not like we’re always living miserably and in poverty and under bombings. Yes, we do live every day in fear of being hit by a bomb. … But there is a sense of community; there is love, there is support for each other that I don’t see here. There are weddings, there are parties, people laugh and joke. We’re just as normal as anybody here.”

Munhazim, who spends his summers in Afghanistan, often sports a unique, hipster style in clothes and shoes he bought in his native country. His stylish look recently captivated the attention of The New York Times, which in May featured him and other local hipsters in a “Modern Style in Minneapolis” video.

“What I wear makes a statement that we’re not anywhere close to what the images on Fox News or CNN or BBC,” he said. “We’re just ordinary people like you. We have a desire for fashion. We follow pop culture. We have our own pop culture.”

To capitalize on positive Afghan stories, Munhazim embarked on a photography project in 2010, returning to Kabul and capturing images of the daily life of Afghans — particularly targeting stories that, he says, have been ignored by the Western journalists.

After his return to Minneapolis, Munhazim showcased his “Afghanistan in My Camera: Afghanistan Through an Afghan’s Eyes” exhibit at the University of Minnesota and in Washington, D.C. 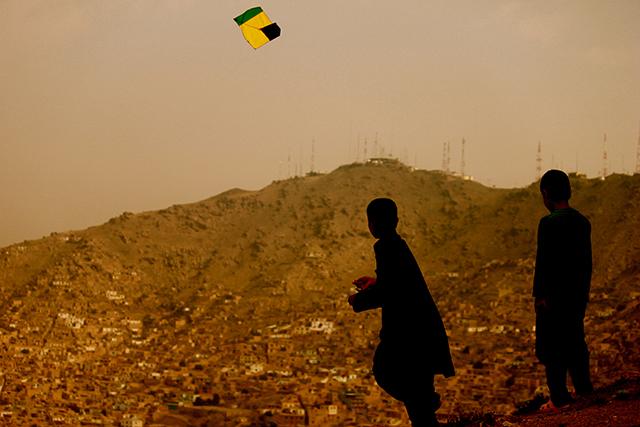 “I wanted to break stereotypes about Afghanistan and Afghan people,” he said. “I wanted to illuminate in a unique manner what Afghans see every day.”

More than a decade has passed since the U.S. invasion of Afghanistan following 9/11, and Munhazim said that security in Afghanistan is “much worse” than it used to be under the Taliban leadership.

“We’re now in a worse place because during Taliban, there was better security,” he said. “Yes, people would be killed or lashed if they didn’t follow the strict Sharia law, but nobody would try suicide bombing, nobody would be scared for their lives when they go out, nobody would be kidnapped. Things were a lot different in terms of security. You would leave your store open, and no one would enter the store.”

The United States plans to withdraw the American soldiers from Afghanistan by 2014. But Munhazim, whose parents, four sisters and two brothers live in Afghanistan, said that many Afghans aren’t happy with the withdrawal.

Munhazim added: “Because the U.S. is leaving with no kind of strong support, a lot of Afghans have lost hope in the future of the country. They’re losing respect for Americans.”