For him and a dozen other student workers and volunteers, it was a day of hammering wooden posts into the ground, attaching wires and tying tomato stems to the posts.

Roderic, 17, worked the previous day at a nearby garden where he planted cabbage, lettuces, tomatoes and other summer greens. He is among dozens of enthusiastic young people working this summer with Project Sweetie Pie, a local initiative that employs and trains youth in urban farming.

Michael Chaney, Project Sweetie Pie founder, said the 4-year-old initiative was established to help forge relationships between low-income and more affluent communities. The project was also created to support the development of north Minneapolis and its community.

“Most of our low-income communities are socially engineered to be consumers,” Chaney said. “So we wanted to change that paradigm. [The project will] get them to be producers and take their own destiny in their hands and become part of the free enterprise system.”

Roderic and his team grow gardens of various vegetables throughout the neighborhood. Some of the products are sold at a farmers’ market and others are donated to local food shelves.

“We’re really trying to get young people and low-income communities jump-started and invested in the American dream,” Chaney said.

Karamu Garden was recently expanded to house Project Sweetie Pie and serve as a gardening and training ground for the project’s student workers and volunteers.

The city of Minneapolis and Karamu Garden, which connects Project Sweetie Pie to 25 community gardens in the neighborhood, is one of five national recipients of a $40,000 grant. The grant will help fund establishing more than 1,000 community gardens and green spaces in the United States, Canada and Europe for the next three years.

“Project Sweetie Pie will revitalize our neighborhoods, promote healthy lifestyles and help advance equity,” Mayor Betsy Hodges said in a statement. “This local and national partnership will allow us to transform areas of North Minneapolis by taking empty lots, devastated by the 2011 tornado and the housing crisis, and turning them into food corridors.”

Many young participants of the project, Chaney said, come from homes that are in dire financial need; therefore, the skills they acquire from Project Sweetie Pie help them feed their families.

Outside Project Sweetie Pie, Chaney said, three or four youngsters in the group are already growing their own gardens for their families. Others are growing food and selling it at a local farmers’ market.

“These young people are taking their skills and immediately translating it for feeding their little brothers and sisters, who might have been to the food shelter or might not be getting any fresh vegetables,” Chaney said. “And that’s exactly what we want to see happen. That’s what’s so gratifying about this work and what’s keeping me involved.” 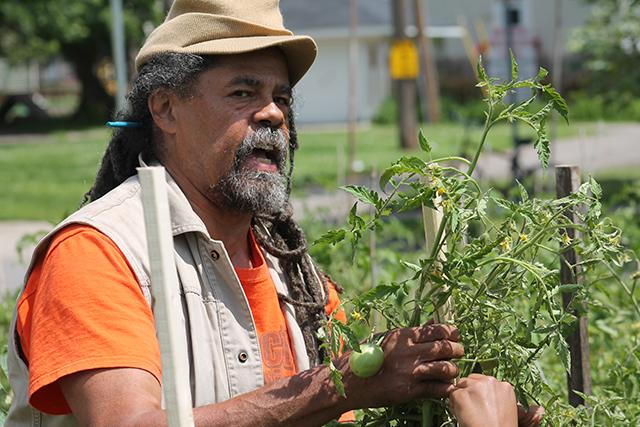 Roderic has been working for the project for a month now through the Minneapolis Step-Up program, which places high school students in paid summer internships.

“I learned a lot about gardening,” said Roderic, a north Minneapolis resident who attends Hopkins High School. “Before I started with this program, the only thing I knew was that I had to water a garden. But now I’m learning to plant my own food. And it’s pretty fun.”

Project Sweetie Pie is more than just creating training and job opportunities for young people, Chaney said. It’s also giving people from diverse communities a chance to interact and learn from one another.

At the gardening event Wednesday, the student workers and volunteers reflected the city’s diverse populations: African-Americans, Asian-Americans, Somali-Americans and whites.

While the students gardened, some talked and exchanged jokes, and others asked questions about their cultural backgrounds.

“This gardening projects is really where cultures take place,” Chaney said. “The only way we can dispel the stereotypes and misconceptions we have about each other is to bring each other into the same space so we can learn about each other.”

Matthew Staats, 15, walked around with a flip camera, taking videos of his peers and volunteers who were gardening.

“I ask volunteers questions about themselves so other people would  know who these people are and why they do what they do,” said Matthew, a Step-Up intern and a student at South High School. “Then we post the info on the website and social media.”

Leaders in the African-American community expressed their support for Project Sweetie Pie, saying the initiative adds value to the neighborhood and to the community.

Shawn E. Lewis, Minneapolis Urban League coordinator, said that community gardening is important because it gives people the chance to come together and work on making the neighborhood a better place.

“Growing healthy food is good for us,” Lewis said. “A lot of health disparities are actually driven by communities of color because of diet. So anything we can eat locally is good.” 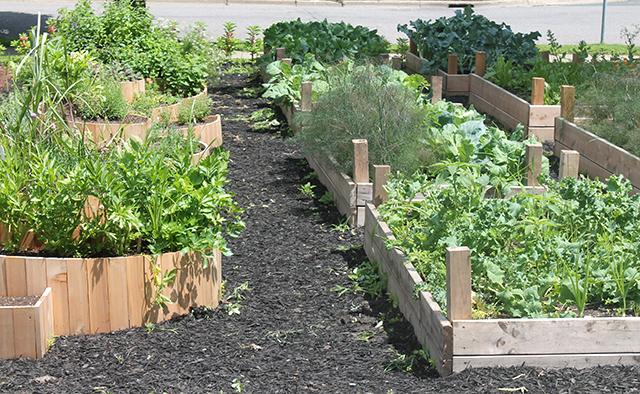 “My husband Vusi and I got permission four years ago to utilize this space as a communal, community garden,” Zulu said. “We are happy with the collaboration of Project Sweetie Pie this year in the Karamu Community Garden.”

Rosemary Nevils said she’s happy to see the project come to her  neighborhood.

“Most of our relatives came from the South, where they were enslaved at one time and they did agriculture,” Nevils said. “We still continue to garden our yards. All our grandmas had tomatoes and greens at least in the back yard. That tradition kind of fell by the wayside as our elders died. So, I’m delighted we’re embracing that again and creating these community gardens.”