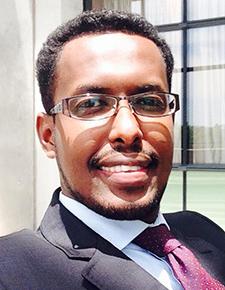 Abdi Aynte spent many of his years in the early 2000s pounding the pavement in the Twin Cities, gathering stories about his community and sharing glimpses of the audacious journey many Somali-Americans undertook to earn their place in Minnesota.

Aynte was a senior fellow at the now-defunct Minnesota Independent, where he also reported on municipal politics. In 2006, he became the first to report that then newly elected U.S. Rep. Keith Ellison was going to be sworn into Congress on the Quran, the Islamic holy book.

His experience from covering Minnesota communities provided him the ability to join other media outlets, including the BBC World Service, the Voice of America and Al Jazeera English.

But now he’s doing something a bit different. On Tuesday, Aynte was appointed as Somalia’s minister of planning and international cooperation. He is among the 20-member Cabinet picked by Prime Minister Omar Abdirashid Ali Sharmarke.

In 2012, Aynte returned to Somalia’s capital Mogadishu, where he started a policy research and analysis institute, The Heritage Institute for Policy Studies, and served as the executive director.

Aynte is part of the wave of Minnesota Somali-Americans who have recently began to return to their war-ravaged homeland to help the country rise from its ruins after more than two decades of violence and anarchy.

Aynte earned a bachelor’s degree in professional writing and political science from Metropolitan State University and a master’s degree in government from Johns Hopkins University.