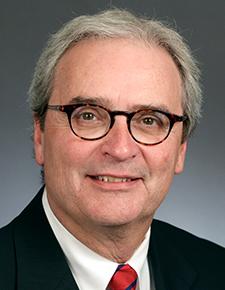 A bill that would potentially grant tens of thousands of undocumented immigrants driver’s licenses in Minnesota suffered a setback Wednesday when the proposal’s sponsors, fearing a lack of Republican support, abandoned a plan to hold a vote on the measure in the House Transportation Committee.

“There is a strong support for this bill,” said an exasperated Rep. Clark Johnson, DFL-Mankato. “We should be voting on it I think today and I’m disappointed that we aren’t because I understood yesterday that we would be voting.”

“We can ask ourselves how we must address what we might call basic human rights for those who are living on the margins of our society, and the reality that we all know is that the immigrants in our state are likely here to stay,” Bishop Andrew H. Cozzen told the committee.

The bill’s critics fear that granting the license to people who did not arrive in the country legally would mean “aiding and abetting” a criminal act, as Dan McGarth of Minnesota Majority put it during the hearing. McGrath also voiced a common critique among conservatives of similar bills across the country: that they don’t go far enough to make sure the undocumented immigrants can’t use the licenses to vote.

While the Republicans on the committee spent most of their time listening on Wednesday, Rep. Abigail Whelan, R-Anoka, said she believes the issue should be dealt with on the federal and not state level, and therefore could not support it in its current form.

Rep. Steve Drazkowski, R-Mazeppa, who has proposed Arizona-style immigration legislation in the past, agreed. “This is not a proxy for fixing the federal immigration system,” he told MinnPost after the hearing.

In lieu of a committee hearing, the “informational hearing” that did take place was nonetheless standing room only, with often dramatic testimony from undocumented immigrants and their families.

A mother told the committee about being unable to rush to her young daughter after receiving word that she had been on a school bus that was involved in the I-35W bridge collapse. A man broke down as he described the time his wife was arrested for driving without a license, and how now his children call him when he’s about to leave work to tell him to be careful. A college student described how hard her parents had worked over decades to build a restaurant in Willmar, but still depend on her and her brother to drive them around.

Many speakers stressed the need to take children to day care, pre-K and afterschool activities not covered by the public school bus system. “What I am asking for is the opportunity to drive so that my children do not get left behind,” a mother, Maria Negrones of Shakopee, told the committee.

Krystell Escobar, an insurance agent, said passing the bill would also lead to more undocumented immigrants obtaining car insurance, thus lowering the rates for everyone. The Minnesota Agri-Growth Council registered its support, as did the Minnesota Chamber of Commerce and the state ACLU. 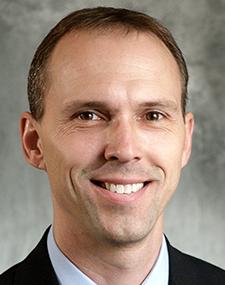 Emotions were running high by the end of the session. “If you listen to the testimony closely, in will boil down to one thing,” bill author Rep. Rod Hamilton, R-Mountain Lake, told the committee in his closing statement. “It will boil down to the Declaration of Independence and the moral belief that we all believe is a right: that we are all created equal with a right to liberty and happiness. … This is bigger than a driver’s license, and we all know that.”

Hamilton said he had decided not to bring it to a vote, as he worried he might be a single vote short. The bill is still alive, and could either be brought to committee again or be proposed as an amendment to another bill — either in the transportation committee or on the House floor. It may however, face a tough road ahead.

The proposal has been amended several times. It would grant undocumented immigrants a license that could only be used for driving, which would include text on the back, “For Driving Only,” indicating that the holder was not eligible to vote.

“It’s an education process, and we need to do just that,” Hamilton said. “The folks that were on the fence, that had questions, they can take that and think about it a little bit and then we’ll circle back with them at a later time.”

Since 2008, Maria Cisneros of Mesa Latina, a group supporting the bill, has been one of the leading organizers in the effort to get undocumented immigrants driver’s licenses in Minnesota. Mesa is part of a large coalition of groups across the state working on the issue, Safer Roads Minnesota. Other groups supporting the effort, such as One State, One License, were also present. Cisneros addressed the committee and  remained optimistic after the hearing.

“Right now what we’re trying to do is to convince the representatives so that they can pass a bill,” she said. “We weren’t sure about having the votes, so if we just went forward with it, the bill could have died. We have to be sure first. We have to keep fighting to get the law to change.”

Rep. Karen Clark, DFL-Minneapolis, led an effort to get a similar bill through the transportation committee in 2013, but it stalled in the House despite passing the Senate. She stressed that undocumented immigrants had been able to drive legally for years in Minnesota, but that only changed in the aftermath of 9/11 during Gov. Tim Pawlenty’s administration. Clark remained adamant that eventually, that would be the case again.

“We’re going to get this signed into law,” she said.

Jared Goyette is a freelance writer and editor who lives in Minneapolis. Follow him on Twitter @JaredGoyette.