More than 100 people squeezed into the Minneapolis Brian Coyle Center conference room Monday night to meet a delegation of Turkish government officials, who came to Minnesota over the weekend to bolster relations with Somali-Americans.

Minneapolis City Council Member Abdi Warsame, who arranged the arrival of Metin Kulunk, a member of the Turkish parliament, delivered the opening remarks of the event, which drew elders and officials from the local Somali community, the largest in North America. 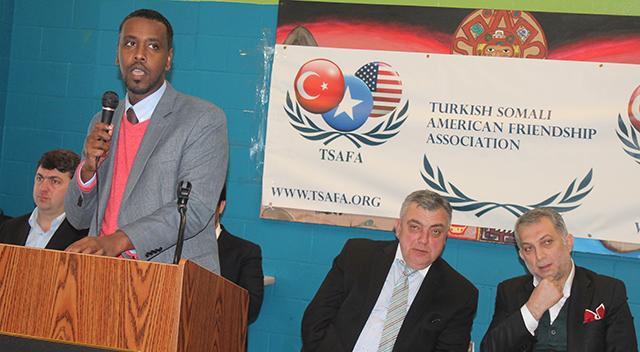 The underlying reason for the invitation was to thank the Turkish people and their government for their humanitarian support to Somalia during a devastating famine experienced by the East African country five years ago.

When Kulunk took the stage Monday night, he described the growing bond between the two nations and applauded his government for the commitment to invest in Somalia. “The country that’s most well known in Turkey is Somalia,” Kulunk said through an interpreter. “Our beloved president, Recep Tayyip Erdogan, has built the bridge of brotherhood and understanding between our two nations. We’re happy to share both the pressures and your pains as brothers and sisters.”

He added: “We have a common heritage. The only thing that is different between our cultures is the physical borders of our countries, not between our hearts or our souls. We’re brothers and therefore, Turkey has not left Somalia alone, and we will not.”

Erdogan first visited Somalia in 2011 to witness the effect of the famine that killed nearly 260,000 people from 2010 to 2012. The visit by Erdogan — who was the country’s prime minister at the time — was the first by a non-African leader to the war-ravaged Somali capital since 1991, when anarchy and civil war broke out after the ouster of dictator Mohamed Siad Barre. And though the famine has long been over, Turkey has stayed to build a relationship with Somalia.

Turkey’s activities in Somalia are part of the country’s efforts to extend its influence in the Muslim world. In Somalia, for example, Turkish companies are building roads, hospitals and a major airport, and the Erdogan administration provides scholarships to Somali students who are interesting in studying and living in Turkey.

At the Brian Coyle event Monday night, Kulunk hinted that many Somalis live in Turkey with dignity and respect. “If a Somali man and woman would be walking down the street in Turkey, and knocked at a door, all they have to say is that they’re Somalis, and the door would be opened,” he said. Speaking of his one-day visit to the Twin Cities, he added: “And I saw the same treatment here today.” 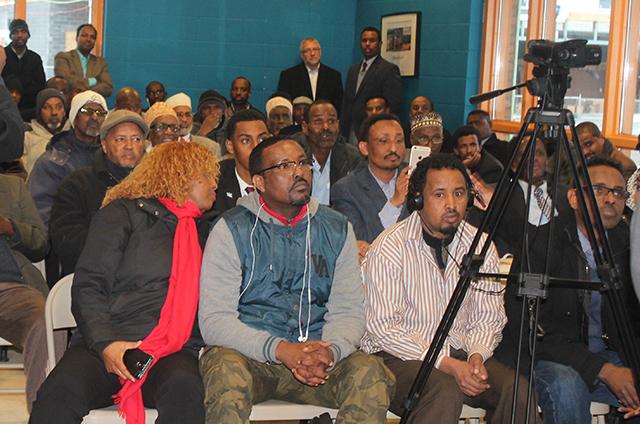 During his stay, Kulunk visited Minneapolis City Hall, the Minnesota State Capitol as well as Minneapolis businesses and Islamic centers. “It’s always good to have people come from other countries to see our beloved country of the United States and the great things that are going on here,” said Siad Ali, a member of the Minneapolis school board. “As Somali-Americans in Minnesota, we look forward to developing a good working relationship with the Turkish community here.”

Abdirahman Mukhtar, community engagement coordinator at the Brian Coyle Center, said the Somali community in Minnesota is a representative for Somalis across North America. “There have been many delegates coming to Minnesota to learn more about the positive contributions of the Somali-Americans here,” Mukhtar said. “We had a delegation from Sweden, another one from Denmark — and most recently, a delegation from Germany.”

Why a delegation of Turkish officials visited Minnesota