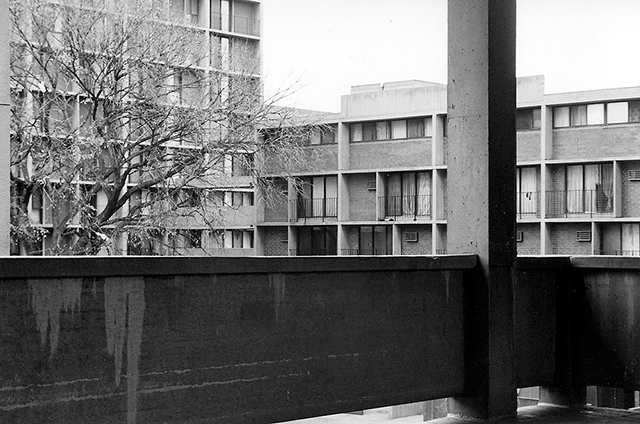 For almost eight years, a pipeline has pulled young Muslims from their homes in the Twin Cities into unknown territories in the Middle East and Somalia to join the ranks of Al-Shabab and the Islamic State.

The disappearance of the young Somali-Americans from their families has raised many issues, of course, questions that have drawn everyone from law enforcement officers to academics into the living rooms of Somalis living in the Twin Cites.

The latest attempt to understand the issue comes via a new report by the Center for Risk and Economic Analysis of Terrorism Events (CREATE) at the University of Southern California, “Foreign Fighters: Terrorist Recruitment and Countering Violent Extremism Programs in Minneapolis-St. Paul,” which not only explores the ongoing terrorist recruitment and radicalization in the community — but suggests ways to stem the intensifying flow of Muslim youngsters to international terrorist organizations.

The report, authored by Erroll Southers and Justin Hienz, was released last month but has received little media scrutiny thus far as it attempts to shed light on specific challenges the community faces here. In fact, it found that as the size of the community continues to grown in the Twin Cities, young Somali-Americans are facing challenges that leave them vulnerable to recruitment. Among other things, the report found:

The struggle to address these challenges, the study states, offers terrorist recruiters an opening to prey upon the community’s youngsters, luring them into terrorism networks. Since the end of 2013, at least eight Somalis have left Minnesota to join ISIS in Syria, according to Southers and Hienz. And over the past six months alone, another eight Somali-Americans were charged in Minnesota with planning to leave the country to join Islamic extremist organizations in Syria.

The report also looks at various responses to terror recruitment. In recent years, the number of Somali-American non-profit organizations and activists seeking funding to halt recruitment and radicalization has increased. Today, there are 35 non-profit organizations serving the community in Minnesota, states the report, twenty-three of which operate in the Twin Cities.

Yet the report also reveals that some organizations in the Twin Cities have misused government money they received in the name of serving the youth and fighting radicalization. One Somali law enforcement officer told researchers:

There are a lot of community organizations who get money in the name of the community and never come back…So-called Somali community leaders have been receiving money from the city or the state or local but the community never benefit. They benefit only that little group. And the community is pissed off.

Another source in the report adds that some of the organization heads “are bloodsuckers. All they need is the paycheck. They don’t care about the ills and the problems.”

The study suggested that overall, the current range of services is insufficient to combat radicalization and recruitment — and to halt the stream of young Minnesotans who want to join ISIS.

“More needs to be done,” the report states. “This does not necessarily mean increased funding, but instead, a smarter, more strategic application of funds to programs that reflect the stated needs of the community and are continually delivering evidence that funds are spent on real, immediate efforts and not used as a way to increase personal income and prestige.”

Sadik Warfa, deputy director of the Minneapolis-based Global Somali Diaspora, took issue with the criticism of some community organizations in the report. “It’s unfair to criticize the Somali organizations because I know many of them don’t receive funding,” he said. “The problem is bigger than what this report is indicating. This community needs a huge investment: employment, education, parental support, a lot of things.”

He added: “As community leaders … we’re doing everything possible to make sure our kids stay positive — without receiving any funds because we see this as our own responsibility.”

Other community leaders, who declined to comment on the story because they wanted more time to read the complete study, noted that the report was established to pave the way for the federal Department of Justice’s Countering Violent Extremism (CVE) program, a controversial initiative that many members of the Somali community say will target and surveil Muslims.

In the ongoing debate on recruitment in the Twin Cities, many community leaders often cite the lack of employment and opportunities as the primary factors forcing Somali-Americans to join violent extremists.

The report, however, states that other factors may also be at issue. Namely, that one of the core factors to recruitment is the identity crisis with which some young Somali-Americans struggle:

Recruits from Minneapolis are not necessarily (or even primarily) lacking in opportunities for a successful future in the United States. Take the example of Zakaria Maruf, relayed to us by one of his childhood friends who knew him before he left for Somalia in 2008.

Maruf was socially popular, athletic and succeeding in school. He was also affiliated with the “Somali Hot Boyz.” Graduating from high school, Maruf separated from the gang and became increasingly religious, eventually becoming a teacher at a dugsi [Islamic school] in the Cedar-Riverside neighborhood.

Maruf swapped his gang-centered social structure for one founded on an ultra-strict interpretation of Islam. Based on the findings from this study, it seems clear Maruf did not travel to Somalia because he was poverty-stricken and hopeless but because his identity, based on a narrow interpretation of Islamic beliefs and a vague sense of nationalism, required it of him.

Another assumption the report dispels: that social media is the primary method of recruitment. The main tool for recruiters in the Twin Cities, the report found, is face-to-face interaction, although Facebook and Twitter may play a role in enhancing their interactions.