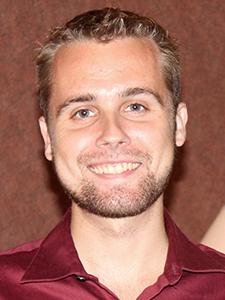 Coming of age in Edina, Karsten Potts learned about Somali culture, language and history though a group of Somali-American friends.

He left Minnesota to study at Occidental College in Los Angeles. But his interest in learning about Somalia never faded. Indeed, Potts focused on the region as his special area of interest throughout his college years.

And when he graduated, Potts accepted an internship post with the Intergovernmental Authority on Development, working seven months in Djibouti, a small country that borders Somalia, Ethiopia and Eritrea, and later spent some time in Somalia and Kenya.

In recent years, the region has suffered a number of attacks by terrorists as well as episodes of hostage-taking and kidnapping that target foreigners. Recently, MinnPost sat down with Potts, who returned to Minnesota in April, for an interview about his experience in the region.

MinnPost: What motivated you to pursue an internship in Africa?

Karsten Potts: I had a lot of friends in high school who are from Somalia. What I knew of the conflict in Somali was related to “Black Hawk Down.” I knew that my friends were here because of the conflict. But I didn’t know whether the conflict was over, why it started and the dynamic. So I started to know more about it. I got more and more interested in the topic and ended up focusing on East Africa for my thesis in college.

MP: You lived in Djibouti for seven months. What surprised you the most about your stay there?

KP: How safe it was to walk around. From everything I’ve heard about Africa, especially, ‘If you’re a westerner, you have to be careful and you pretty much can’t walk around alone in a city.’ That was not the case in Djibouti. You can walk around until 11 o’clock at night — and there would be no threat or physical violence. People might ask you for money, but nobody got mugged.

MP: You said people would ask you for money. Tell me more.

KP: Yeah, pretty routinely. It’s the result of sailors that are there because they don’t have to pay for their house or for their food usually. French sailors would go to downtown and just blow their paychecks. If someone was begging, they would give money a lot easier.

MP: So, the locals think that Westerners casually give money to anybody?

KP: Yeah. And especially, as an American, they felt that all Americans were millionaires, essentially.

MP: How were you treated and did you feel like a stranger?

KP: I definitely stood out. Everybody knew that I wasn’t from Djibouti. They usually thought I was a French soldier because those are the only people walking around downtown. But once you’re further away from downtown, you’re still a foreigner, but people would treat you a lot more fairly.

MP: Did you feel like Americans are respected there? Or was it dangerous for Americans in particular because of the U.S. foreign policy and the war on terror?

MP: Did you know much about Africa before this trip?

KP: Yeah. I studied Africa — East Africa, specifically. I didn’t know much about West Africa. I knew about the politics. The history. Which countries were safe. I was still surprised how safe Djibouti was. … I’ve been to the developing world and sort of knew what to expect: No hot showers. Somewhat unreliable electricity and running water. A lack of infrastructure.

MP: Did you feel you might be targeted because you’re an American?

KP: No. I was more worried about the taxis and getting hit by a car or something. Even though there was a terrorist attack in Djibouti, the chances of something bad happening to me specifically was so small. All the time in Africa, I’d be more worried about violence, like mugging, over terrorism. And people did like Americans.

MP: You told me earlier that you used to ride public transportation in Djibouti. What was it like to ride a bus from one point to another?

KP: It was pretty intense. Take something like the size of a mini-van. I don’t think we have these styles of van over here. It’s like a shape of a full-sized van on the footprint of a mini-van. And they’d cram, like, 19 people in. And when the regular seats are full, there’re seats that fall down from the walls of the car. Then they put you on and they try to squeeze in as many people as they possibly can. They want to fill these vans up and keep them full.

For each van, there’s a guy hanging out the side. He’s shouting and bragging about his bus: “We’re the best. We’re the fastest. Come take a ride.” This guy also collects the money [bus fare] while the driver just focuses on driving The guy on the side usually hits the car on the top, to stop or start.

It’s very competitive. Sometimes the buses would race each other. One time, a bus broke down. Everybody got out. A second bus pulled over to pick up those passengers. And a third bus pulled over in front of the second bus so people could get into his first. It was very wild.

MP: You also went to Hargeisa, Somalia. How did you end up there?

KP: Well, it seems like a cool place to go. I know a lot of Westerners go there pretty easily. And I’ve heard good things about the city. I knew it was safe, at least as safe as Djibouti. And believe me, you can really take a vacation there. It’s a relaxing city and very peaceful. And just like Djibouti, you can walk around decently late at night. Eleven o’clock is a good cutoff in the city center. Nobody is going to bother you. People are more than willing to help. One time I was looking for the hospital road to find the cultural center. But people thought I was looking for the hospital. So they kept bringing me to the hospital. They would walk a half-mile with me to try and show me the right direction.

MP: Really? They’re not just giving you directions? They’re actually walking with you to show you where you need?

KP: Yeah. And a lot of people, they come up to you. They wanted to know what I think about Hargeisa. And they wanted to let me know that Somaliland is an independent country. They were curious about America. A lot of people wanted to practice English.

MP: Did you run into other foreigners in Hargeisa?

KP: I didn’t see any, but I saw the places they worked. Like, I was walking around with a few friends from Somaliland and southern Somalia, and they were pointing out where the UN World Food program is. I actually didn’t see other foreigners there, except for a few Chinese people in my hotel.

MP: What did you learn during your time in Djibouti and Somalia?

KP: Once you talk to people, it’s a lot easier to connect and understand than just read about them. A lot of people are more trusting. For every story of violence you hear about Africa, there is 10 or even a 100 stories of compassion and trust. All I saw were people saying to me: ‘Come to my house. Let’s have tea together.’ I never felt unsafe. They’re really respectful of Westerners.

MP: Of course, there are stories of many foreigners who were kidnapped in Somalia. And here you’re saying that you never felt unsafe. How do we balance the two stories?

KP: Yeah. Usually people get kidnapped in different cities. But I haven’t heard anybody being snatched in Hargeisa. Definitely, near the coast — back when piracy was a bigger issue — I’d be a little bit worried. Also, further south where Al-Shabab is still running around, I’m sure they would kidnap Westerners and throw them on YouTube.

In Hargeisa, they’re very defensive of foreigners. One time, a guy who was asking me for money, gently grabbed me on the arm because I was walking away, and he wanted money. I wasn’t in any danger, but immediately five other people on the street started shouting at him to let me go and leave me alone. And they wouldn’t leave until this guy was out of sight. And they asked if I was OK.

MP: There are many American agencies in Somalia and Djibouti for intelligence and security reasons. Did the locals ask you why you were there?

KP: One or two people asked me if I was a spy. They genuinely wanted to know. Then there were a lot of people who asked as a joke. But people are genuinely trusting. A lot of my friends welcomed me into their homes. It really didn’t come up that much, just a handful of times.

MP: What would you like to tell Minnesotans about Africa and the places you’ve visited?

KP: Northern Somalia is very safe, very developed. You can get a SIM card right at the airport. They have Frappuccino. There’ve got coffee shops. They’ve got everything. You can find hamburgers. What shocked me about Hargeisa was how familiar a lot of things were. Like free Wi-Fi in the hotel. You can buy stuff with your phone. I didn’t try that, but everyone around me was doing that, including the cab driver, who on the way to the airport, paid for gas with his cellphone. So all that advancement is something that really shocked me. You’ll see building, a lot of new construction, like maybe a 10-story office building going up. It’s very connected to the outside world.

MP: Would you go back there if you had the opportunity?

KP: I’d like to get back this fall, hopefully in September. Either Djibouti, Hargeisa or Kenya, just to get a longer contract and be able to stay over there for a long period of time. I was on an internship this last time in Djibouti, and I’d like to get a solid career-oriented job.

On living and learning in Somalia: ‘For every story of violence … there are 100 stories of compassion’