If there was one message that Angela Glover Blackwell and several local leaders wanted to stress Wednesday at a forum on race and equity in the Twin Cities, it was this: The need “to get the equity agenda right.”

Speaking to more than 1,000 people at the Hilton Hotel in downtown Minneapolis, Blackwell, a renowned social justice advocate, chronicled the era of legalized segregation in the United States, current challenges facing minority communities and barriers that prevent them from the traditional paths to economic prosperity.

“We’re at a different moment in this nation,” said Blackwell, founder and CEO of PolicyLink. “The challenge has never been greater.”

The challenges she highlighted include the recent episodes of police violence as well as widening economic and education disparities — calling for state leaders and influential individuals to act quickly.

Blackwell noted that as the population of communities of color continue to increase at a much higher rate than that of their white counterparts, America will soon depend on minorities to sustain its economic security and world dominance.

“There is an urgency about getting the equity agenda right,” she said, “And it’s not just for the people who have been left behind; it’s for the entire nation.”

In the search for answers to the dire educational and economic disparities among Minnesota’s communities of color, Blackwell — who’s based in California — praised leaders in the state for their efforts to look for those answer wherever they can.

“So many of you have been to the equity summits,” she said. “Your state always has the largest delegation at our summits and I’m always so thrilled the way that people have picked it up.”

Glover Blackwell, who was the event’s keynote speaker, explained that equity has been talked about in the United States for a long time, though it hasn’t been achieved. She pointed out the signature note of many job applications that say, “We’re an equal opportunity employer.” 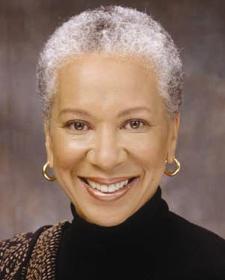 She added: “What that often means is, ‘You know, you can get here and if you can be competitive, we’ll give you an interview.’ What it doesn’t pay enough attention to is what does it take on the educational front to even be competitive for what’s happening here.”

Many in communities of color, Blackwell said, don’t have the educational qualifications to compete for good jobs. And those who have the proper degrees don’t have the right networks that would help them land their first jobs.

“Equity requires that we’re looking at all of that because we’re not creating the conditions if we’re not thinking about it that way,” she said. “So, equity makes us really have to dig deep. And when we think about the equity agenda, we think about digging deep.”

Sarah Caruso, president and CEO of the Greater Twin Cities United Way — which organized the forum — suggested that creating equality might require inventing new systems or re-writing the current laws to reflect every U.S. citizen, including those of color.

She added: “Maybe we need to take on really hard issues, like what’s going on at the school board and why is North Minneapolis continuing to be so isolated.

‘We know what the problem is’

Panelist Shawntera Hardy, who serves as the deputy chief of staff for the Office of Governor Mark Dayton, noted that America has normalized the practices of racial inequality, allowing barriers to paralyze communities of color.

Ron Harris, of the Neighborhoods Organizing for Change, added that real investments in the communities of color are indispensable in order to defeat inequality. “We need to stop studying and admiring the problem. We know what the problem is.”

Like some of the leaders on the panel, Harris blamed the disparity and inequality issues on the current systems, which he argued had been set up in the first place to serve white people.

“The reason why we have these gaps … and disparity outcomes in the first place is that it has been an enormous amount of extraction from people of color,” Harris said. “This nation was built with the genocide of one race and the slavery of another.”

Ilhan Omar, director of policy and initiatives for the Women Organizing Women Network who is also running for a seat in the Minnesota House, said she believes that the answer to inequality and racial disparities is partly capacity building and providing resources to the affected communities.

“I think we need to start investing in leadership and investing in human capacity,” Omar said. “If given the resources and if capacity was built in these community, they have the solutions to solve the problems that are affecting them.”

‘We know what the problem is’: Forum offers perspectives on racial disparities in Minnesota