Shauen V. Pearce believes that the three-week occupation of north Minneapolis’ Fourth Precinct police station last fall had as much to do with with Minnesota’s housing inequities as it did with the shooting of Jamar Clark.

“What happened at the Fourth Precinct, which is one of thousands of cases all over this country a year, is a result of centuries of systemic policies put in place to disenfranchise people of color,” she said. 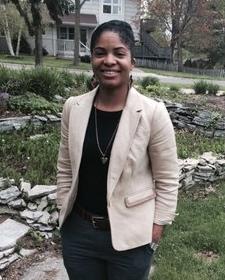 Pearce, who heads the Harrison Neighborhood Association in north Minneapolis, will be one of the panel speakers at The Right to a Home: The Legacy of Structural Inequality and Homeownership — an event being hosted tonight at the University of Minnesota’s Urban Research and Outreach-Engagement Center (UROC) as part of a conversation series aimed at addressing inequities in the surrounding neighborhoods.

UROC Executive Director Heidi Barajas said that today’s conversation aims to address how housing inequities, along with others in the state, are fueling protests by communities of color like the one at the Fourth Precinct — which recently sparked a federal investigation into the police’s response.

“Research shows that when people react the way that they do it’s because of long-term inequities that exist,” Barajas said. “Housing is one of those ways in which disparities show up at the north side.”

Past decisions playing out today

In Minnesota, homeowners of color trail white homeowners by almost 40 percent, according to the most recent census data.

University of Minnesota Center for Urban and Regional Affairs Director Ed Goetz said those numbers are the result of housing discrimination up through the late 1960s, combined with a lack of private investment from developers and real estate agencies in communities predominantly populated by people of color.

Those decisions still affect neighborhoods in north Minneapolis today, he said, which can be seen in the area’s lower property and home values, and the lack of economic investment from local businesses.

Pearce said that she sees housing issues in her north side neighborhood daily. Currently, rents are rising and homeownership is declining in Harrison, she said, in part because of light rail construction and out-of-state property owners buying up land. And while renting isn’t inherently a problem, she said, it is often more costly than owning a home in that part of Minneapolis, where mortgages can be as low as $900 a month.

Many low-income families, new immigrants, and particularly black Minnesotans, she said, simply don’t have the credit score to qualify for home loans and are stuck renting. On top of that, she said, her neighborhood is now being marketed to out-of-staters or those who want to move closer to downtown rather than to the locals. That’s when gentrification occurs, she said, and people who have lived in neighborhoods for decades are forced to leave because the area has become more economically popular for investors.

Pearce blames the housing issues in her neighborhood on a lack of investment from lawmakers and a history of what she calls negligent planning from the city. “More than anything, what we’re experiencing is the lack of political will, creativity and planning,” she said.

She hopes the conversation at UROC today will lead to actions from the city to ensure residents in her area can keep living there while property taxes continue to rise. The Harrison Neighborhood Association was able to obtain a grant funded through the city and other investors to help residents who don’t qualify for traditional loans buy and maintain their homes, she said, and if they could develop more programs like that it would help.

Goetz said the solutions to the city’s housing inequities rarely lie in housing itself. Rather, he said, the remedy lies in the more complicated task of addressing the larger, more fundamental societal disparities.

“We’re talking about changes in our education policy and … in more fundamental issues related to the ongoing legacy of racism in the U.S,” he said.

The event at UROC starts at 5:30 p.m. and is free and open to the public, but space is limited and registration is required.