Leaders in Minnesota’s black community are coming together to push the Legislature to address the state’s racial disparities.

The proposals, which the group calls the United Black Legislative Agenda, addresses a variety of issues — from banning private prisons and restoring felon voting rights to providing start-up money for black-owned businesses and job training for new immigrants.

The agenda was formed by a coalition of black civil rights groups that haven’t always agreed on how to address the state’s several racial gaps. But the groups, who include the Minneapolis Urban League, Neighborhoods Organizing for Change, the Council for Minnesotans of African Heritage, the Somali Community of Minnesota and several others, announced their agenda at the State Office Building in St. Paul as a united front.

“Folks are recognizing across demographics the need to align a set of shared priorities, work together in unique and creative ways and provide our own set of pragmatic solutions to the equity crisis,” said Anthony Newby, executive director of Neighborhoods Organizing for Change.

In a year when there’s been high-profile protests over racial equity and a nearly billion dollar state budget surplus, Newby said he hopes the agenda makes strides during the short legislative session.

He also said this is the first time so many African American civil rights groups, young and old, have come together under one banner. “We think this is a historic moment in the state,” he said. “Not only do we have outrageous equity and disparity gaps … we also have an unprecedented alignment of organizations.”

In Minnesota, African American unemployment is at 13.6 percent compared to the state average of 3.7 percent, according to Minnesota Department of Employment and Economic Development data.

Neighborhoods Organizing for Change Policy Director Abou Amara said that disparity is largely tied to disinvestment in the black community from institutions like banks, which disproportionately lend less to African Americans in the state than to other ethnic groups. That’s one reason why UBLA is asking the state to pledge $75 million to create a business capital fund that would go specifically to helping black Minnesotans start or expand their businesses.

“With a supplemental budget we have the opportunity to lay the foundation for broader future growth in all communities,” Amara said. “But we know that largely communities of color, and particularly African American communities, lack access to capital.” 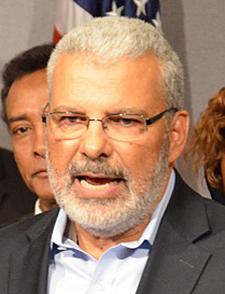 Jeff Hassan, Executive Director of the African American Leadership Forum, said Minnesota has a reputation for getting things done when its policymakers and voters decide to put their minds to it. Now he’s hoping to see the same kind of vigor put into closing the state’s economic disparities for people of color, he said.

Minneapolis Urban League Executive Director Steven Belton said that this year Minnesota lawmakers had no problem prioritizing issues dealing with unemployment in the Iron Range or addressing the new federal laws over driver’s licenses, but he hasn’t seen a similar push towards racial disparity issues. “They have prioritized two other areas,” Belton said of state legislators. “We need to be on that list of priorities.

Other items outlined in the UBLA include funding a summer jobs program for youth of color and establishing a statewide workplace policy where employers must plan their workers’ schedules a week in advance.

Minnesota felons almost found their right to vote restored last year before the provision was cut from the final bill. Now advocates hope to push the measure through the 2016 session as part of the United Black Legislature Agenda.

Minnesota bans felons from voting until they’ve completed parole or probation. But critics of the law say those periods are often too long and disproportionately disenfranchise people of color, who are often incarcerated for nonviolent drug offenses. 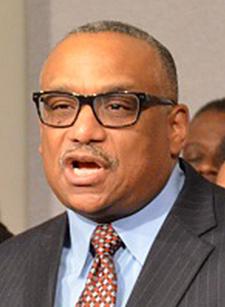 An estimated 47,000 people in the state currently can’t vote because of probation or parole, said Wintana Melekin of Neighborhoods Organizing for Change, and many of those people are African Americans who can no longer participate in public policy making. “One in six black men in Minnesota can’t vote,” she said. “That’s because we have a broken criminal justice system.”

Criminal justice reform is a major issue for black Minnesotans, echoed NOC’s Amara, which is why it’s a main part of the UBLA. On top of felon voting, he said, the coalition is also pushing for a statewide grand jury ban for police involved criminal proceedings, a ban of private prisons, lowering sentencing guidelines on nonviolent drug offenses and establishing strong statewide body camera policies that enforces police accountability.

Many of these issues have been longstanding problems in communities of color for decades, Amara said, but what brought the coalition together to focus on these particular topics is that they all disproportionately affect the African American community.

A variety of interests

Council for Minnesotans of African Heritage Executive Director Louis Porter admitted that because this Minnesota legislative session is a bonding year — when lawmakers dole out money for capital projects around the state — there’s less money to go around, so part of the group’s plan this year is to gather momentum. “There are fewer resources and fewer budgetary decisions that are being made now,” he said. “Next year, 2017, there will be more budgetary decisions made. So next year we may have a chance to be even more impactful.”

Porter still has hope that some of their agenda will make it into law this year, he said, especially with the combined strength of so many different organizations. 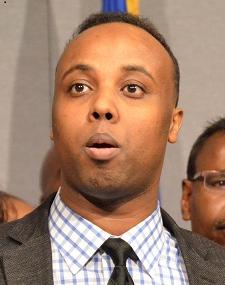 Crafting the agenda took several weeks, he said, partially because with so many groups coming to the table, it was difficult at first finding common ground. Between older civil rights institutions like the Urban League and youth-run organizations like Black Lives Matter Minneapolis and Neighborhoods Organizing for Change, Porter said there were initial disputes over what issues should be prioritized — but he said in the end it brought them together over their shared values. “We realized there was more we had in common than differences,” he said. “We wanted to come up with something that everyone could support comfortably.”

The coalition also includes African immigrants who share many of the same disparities as African Americans, said Mohamed Farah of the Somali Community of Minnesota. Somali-Minnesotans have the highest rate of poverty among black Minnesotans, he said, so their main concern is providing job training and youth development and education.

Belton said their agenda tackles the core interests of the coalition, but doesn’t represent black Minnesotans as a whole. “Please don’t leave here today thinking that the issues that we raised here are the only issues impacting African Americans,” Belton told the people at the press conference. “Black people are not a monolith, we have many different perspectives … but what we present to you today is a package of legislation that speaks to the variety of those interests.”