Last year, about 23 percent of the students registered in the Minneapolis Public Schools qualified for English language learning services. And in 2014, more than 4,000 registered MPS students were born in another country.

Keeping those numbers in mind — and after fielding an increased number of calls from parents concerned about the immigration policies of the Trump administration — the district will host the first of two community meetings on Wednesday night to address rising concerns coming from families whose children attend MPS schools.

MPS Superintendent Ed Graff said that the meetings, which are in partnership with the Council on American-Islamic Relations-Minnesota, the Immigrant Law Center of Minnesota, Navigate and the Somali American Parent Association, will allow the district to answer questions coming from worried parents and help connect them with resources such as legal and mental health counseling.

“In the wake of the national policies and enforcement actions that have been happening around immigration, we want to remind families that we’re committed to being a welcoming space for everyone,” Graff said. “We just want to lend support wherever possible.”

Graff said schools in the district have seen an increased number of concerned parents ever since President Donald Trump took office and issued a series of executive orders aimed at enforcing or restricting immigration within the U.S. “Over that time frame, we saw many families coming to schools concerned,” he said. 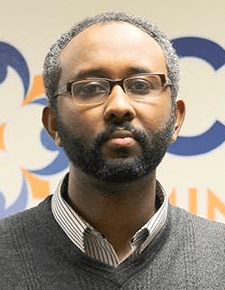 Because of those concerns, Jaylani Hussein, executive director for the Council on American-Islamic Relations-Minnesota (CAIR-MN), said his organization, which provides legal advice and cultural training, has experienced an increased demand for their services. For example, Hussein said, CAIR-MN has been providing schools with cultural training for years to help school staff better understand their Muslim students and learn how to connect families to community resources. But recently, he said, those trainings have been in far higher demand. “On a given week, we’re probably offering two or three presentations,” he said. “If not more.”

The Immigrant Legal Center of Minnesota’s executive director, John Keller, whose organization provides legal advice and other resources focused around immigration law, said their organization is seeing the same thing, and demand for their services is currently at an all-time-high.

Keller said many immigrant families reaching out to his organization are afraid that they’ll need to avoid public places like hospitals and even schools, out of fear of deportation. But just because their fears are growing, he said, doesn’t mean the actual threats are increasing — and that even undocumented immigrants still have rights. And that’s an important message they plan to tell the families at the meeting tonight, he said.

“I think schools are doing the right thing by trying to reassure everyone who attends school that they can be safe and are safe there,” Keller said. “And that the school has an obligation to provide equal access to education.”

Another issue the school district wants to address is ensuring families have accurate information, both when it comes to their rights, but also regarding possible rumors spreading online. Two weeks ago, a rumor about Immigration and Customs Enforcement agents prowling Lake Street in Minneapolis spurred panic and even drew some public officials out on social media to call the thing a hoax.

“There’s been a lot of rumors,” said the Immigration Law Center’s Keller. “I think social media has made it easy to forward communications when they’re not always able to be verified.”

But mostly, Keller said, they want everyone to know their basic rights under the Fourth Amendment — things like avoiding illegal search and seizure and demanding legal representation before signing documents and making statements. “Fourth Amendment protections … protect citizens and noncitizens,” he said.

Mohamed Mohamud, executive director of the Somali American Parent Association, said parents also need to know that their children are legally entitled to a public education despite whatever their immigrant status may be.

The Civil Rights Act of 1964 prevents discrimination in public schools based on race, color and national origin, and a 1982 U.S. Supreme Court ruling made it unconstitutional to deny undocumented children a public education.

“Whether that kid has the proper documents or doesn’t have any documentation,” Mohamud said, “they are legal to go to school.”