Lue Thao has been a professional breakdance instructor for five years. But as a longtime resident of St. Paul’s east side, Thao sometimes must travel as far as Hopkins or Hastings, where friends of his have dancing studios, to teach one of his classes. “It’s really frustrating,” he said, “especially on the east side. There’s no center or a place where we can go on a consistent basis to practice.”

That will soon change. East side artists, like Thao, will finally have a space where they can practice and showcase their art within their own community. The Indigenous Roots Cultural Arts Center, an initiative between Indigenous Roots, a local nonprofit, and the Dayton’s Bluff Community Council, will host its grand opening today through Saturday. By early summer, the center will begin offering classes in areas like dancing, music and pottery, officials said, and also act as a hub for the area’s growing, multicultural arts scene.

“We’re just looking for a home, for our own space,” said Mary Anne Quiroz, co-founder of Indigenous Roots and the cultural arts director for the Dayton’s Bluff Community Council. “In south Minneapolis and northeast, there’s a lot of studios, there’s a lot of large spaces where arts can be showcased, and we don’t have that on the east side.”

Mary Anne originally founded Indigenous Roots with her husband, Sergio, back in 2006 as a traditional Mexica/Aztec dancing group called Kalpulli Yaocenoxtli. But the project quickly evolved into something else, she said, when they realized how many artists in their neighborhood were also in need of a space to promote and practice their art — particularly immigrant artists and artists of color.

“It was a response to the community needs and wants,” she said. “Not just now, but for decades.”

In fact, the idea for the arts center has been so well-received by community members that more than 200 volunteers have dedicated their time over the last month to getting the space ready for its opening, said Sergio Quiroz. “It’s really been a great response,” he said.

St. Paul resident Aiyana Sol Machado works at the Science Museum teaching a youth science and social justice program, while also teaching Puerto Rican and African dancing on the side. But that hasn’t stopped her from dedicating hundreds of hours into the Indigenous Roots Cultural Arts Center. “I work full-time and I’ve been here every day,” she said. “This is for the community.” 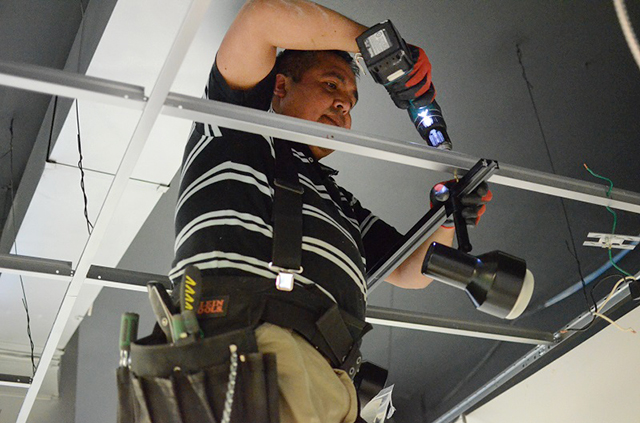 Same goes for Travis Decory, who’s lived in St. Paul’s east side for more than 25 years, and has spent nearly every night for the last month at the new center to help with construction. Decory teaches traditional Native-American singing and dancing but has long felt that his neighborhood doesn’t have a proper outlet for those kinds of artistic endeavors. “The east side definitely needs something like this,” he said. “That’s why I’m putting my personal time into this space.”

The arts center — located at 788 E. 7th Street in St. Paul — also fits the goals of the Dayton’s Bluff Community Council, said the council’s executive director Deanna Abbott-Foster. That’s why the neighborhood council decided to become an official partner of the center and also its main fiscal sponsor, she said.

Thirty years ago, Dayton’s Bluff was mostly working-class, white families, Abbott-Foster said. But today, it’s 60 percent people of color, she said, so lifting up those communities has become a priority for them. “It not only made sense for us to support business development for minority-owned businesses but also to support things that will add to the social connectedness,” she said. “And the arts do both those things.” 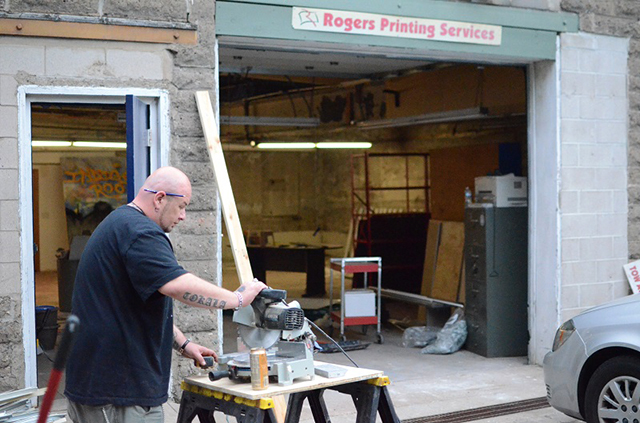 Dayton’s Bluff Community Council will use about 15 percent of its $500,000 annual budget this year to support neighborhood arts, mostly along the 7th Street corridor, including subsidizing the rent for Indigenous Roots’ new space and tacking the organization onto their insurance plan, said Abbott-Foster. But that doesn’t mean they’ll be telling them how to run their new center, she said. They’ll be leaving management entirely up to the center’s collective leadership — which will be made up of several different cultural and neighborhood organizations.

That’s part of what makes the new center unique, Decory said. Not only does St. Paul’s east side get a much-needed art center, but residents will be the ones in charge of it. “For us, this is a place where we can do some of the things that we want to do without worrying about who’s in charge,” he said. “We don’t have to impress somebody above us.”

Thursday’s opening will be mainly for cultural elders and community members. Friday, the center will unveil its first solo exhibit. Saturday, they’ll open their doors to the general public, from noon until midnight.