For the third time this month, the Governor’s Council on Law Enforcement and Community Relations — a statewide task force charged with compiling recommendations to improve Minnesota’s police-community relations — found one of its community input meetings dominated by harsh criticisms from participants.

“What is this law enforcement and community group supposed to be about?” one St. Paul resident asked the facilitators at the group’s community listening session last week. “It’s supposed to keep us quiet so we don’t march into city hall anymore. That’s what it’s supposed to do.”

“This committee is a sham,” another participant said to applause from the crowd.

“You’re just trying to fluff stuff up,” another said. “This is not going to stop anything.”

Gov. Mark Dayton created the council last fall in response to high-profile shootings across Minnesota and nationwide that have sparked debate over the need to reform police agencies and rebuild trust between them and communities of color. A meeting last week, which took place at St. Paul’s Wellstone Center, was the third in a series of community input sessions scheduled by the governor-appointed council this month, and meant to collect community responses to an initial draft of recommendations the council compiled back in April.

But those recommendations — which include language advocating for more diversity hiring in the police force; better data collection involving police encounters; and more mental health crisis and cultural diversity training for officers — weren’t enough to quell criticism from the crowd of about 75.

Several attendees said the council failed to properly publicize their meetings, and blasted the council’s first draft for lacking measures that they say would better hold police officers accountable. Many participants also expressed doubt that the increased use of community listening sessions by different state and federal agencies over the last two years would amount to any significant changes when it came to police reform.

Of the criticisms lobbed during Thursday’s meeting, the most frequent was that the council’s recommendations didn’t do enough when it came to holding police officers accountable for misconduct.

“None of your committees seems to deal with police accountability,” Minneapolis resident Chuck Turchick said. “This whole council is about restoring trust between the citizens and police. If you’re talking about trust, the issue of police accountability has to be somewhere near the top of the list.” 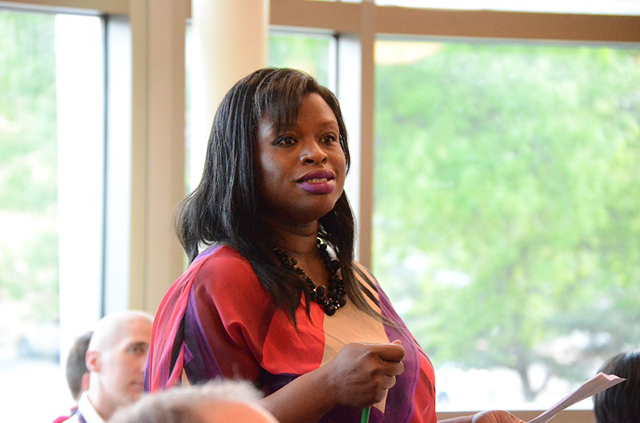 MinnPost photo by Kristoffer Tigue
Nekima Levy-Pounds, a Minneapolis mayoral candidate and former Minneapolis NAACP president, was one of those who took issue with the lack of specifics.

The initial council report does include suggestions to better collect data during police stops to help determine patterns of discrimination within a department or for particular officers, as well as recommendations for including special prosecutors during officer-involved shooting cases. It also advocates providing more state funding for cultural training for officers. But many in attendance on Thursday said the proposals simply didn’t go far enough, or were too vague.

Nekima Levy-Pounds, a Minneapolis mayoral candidate and former Minneapolis NAACP president, was one of those who took issue with the lack of specifics. She said she’d like to see explicit language outlining exactly how newly collected data will be used to hold officers accountable if they’re found to be using discriminatory practices.

“Data collection is only so good as the use of that data,” Levy-Pounds said. “There’s nothing in the recommendations that would require police chiefs or police departments to actually utilize that data and to be held accountable.”

Michelle Gross, the president for local civil rights group Communities United Against Police Brutality, was another critic. She said the recommendations didn’t do enough to address what she says is the community’s growing mistrust around the use of agencies like the Bureau of Criminal Apprehension (BCA).

The BCA is often called to lead outside investigations of high-profile police incidents, but Gross said those outside investigations often rely too heavily on police statements and are conducted by former officers or prosecutors who are invested in law enforcement interests. “What we need is an independent prosecutor, outside our law enforcement, that isn’t working with any of the cops, that isn’t tied to any of the prosecutors,” she said. 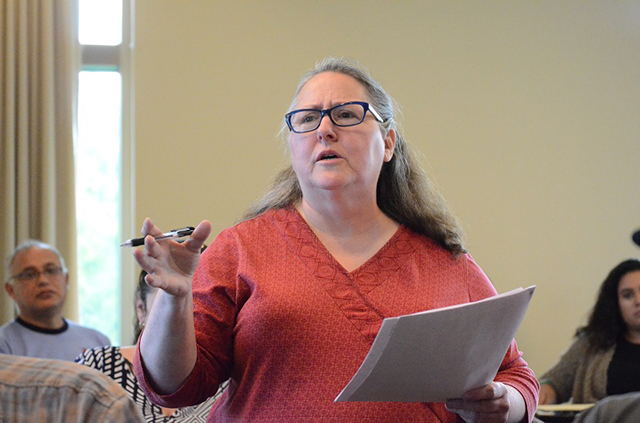 MinnPost photo by Kristoffer Tigue
Michelle Gross said the recommendations didn’t do enough to address what she says is the community’s growing mistrust around the use of agencies like the BCA.

Corydon Nilsson with Black Lives Matter St. Paul said he’d also like to see stronger measures in the recommendations to hold police accountable, and suggested the council should support personal liability insurance for police. “If it’s truly just some bad ones and not the whole system, then give them their own insurance,” Nilsson said. “If they’re bad, then they’ll be uninsurable and they’ll be no longer allowed to be police officers.”

According to James Burroughs, the governor’s chief inclusion officer and a non-voting member of the council, it’s unclear whether those issues will make it into the council’s final report on June 30. “Those issues have been discussed and brought up,” Burroughs said, regarding stronger police accountability measures. “So, whether it makes it into the recommendations, I don’t want to speculate.”

The council will meet again on June 13 and 27 at the State Capitol to discuss the community’s suggestions and update their recommendations.

A bump for training

Based on the council’s initial recommendations, Gov. Mark Dayton also secured money to help provide better training for officers throughout the state. 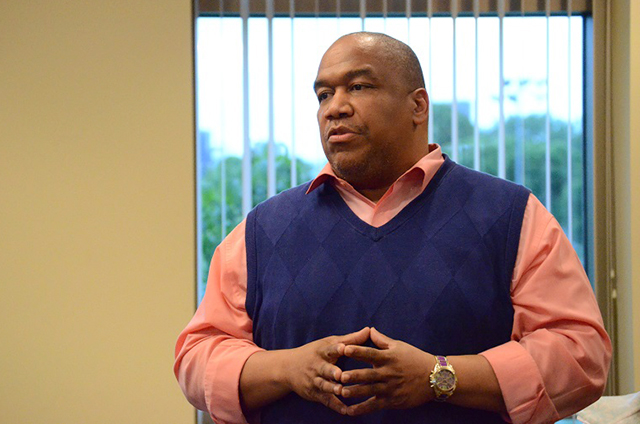 MinnPost photo by Kristoffer Tigue
James Burroughs, the governor’s chief inclusion officer and a non-voting member of the council.

But some at Thursday’s meetings expressed doubts about the program, which would spread the money across hundreds of police departments, could do much to change current police culture.

“I know St. Paul just put in that every officer has to go through 40 hours of mental health training, but that doesn’t mean a thing if they don’t care,” said BLM St. Paul’s Nilsson. “They’re just sitting in this class to get this 40-hour certificate.”