Salesha Beeks decided she needed to do something after her mother was fatally shot on Penn Avenue in north Minneapolis last year. “I just want to help other community members who have lost loved ones and fight for them,” she said. “This violence has got to stop.”

Those statistics have helped spur a new push to reduce gun-related violence in the area, efforts that are being funded in part by money from the city’s public safety budget for community-based solutions to reducing violent crime along the West Broadway Corridor in north Minneapolis.

“Anything we can do to break the cycle of violence and create programs or events that focus on the people or places most affected by gun violence is going to make a difference,” said Rachael Joseph with Protect Minnesota, a state-sponsored advocacy group that helped to organize Saturday’s rally at North Commons Park. “We certainly hope it will become an annual event.”

According to Minneapolis Police Department data, more than 700 guns are confiscated each year, and more than half those confiscations occur in north Minneapolis’ Fourth Precinct. So, in late 2015, the department responded by ramping up their gun investigation efforts, including adding four more officers to their Violent Crimes Investigation Team.

MPD Sgt. Catherine Michal said that while it’s hard to say whether those efforts have led directly to a reduction in gun violence in the city, gun confiscations are up more than 58 percent this year vs. last year. In addition, Michal said, the number of gunshot victims is down about 27 percent this year over last year. 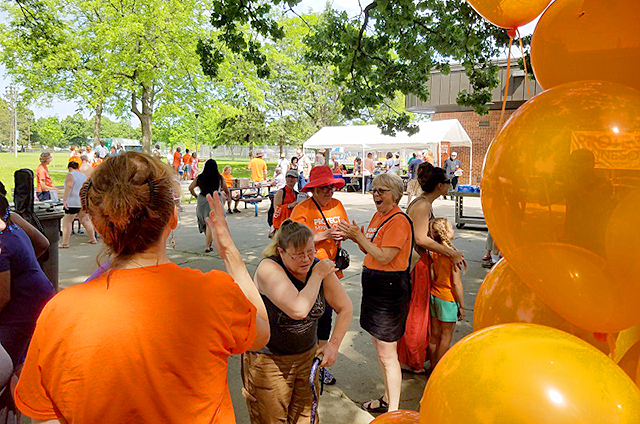 Many of the people at Saturday’s rally, however, expressed a need to address the root causes behind violent crime in urban areas. That includes State Rep. Raymond Dehn, who’s also running for Minneapolis mayor. At Saturday’s rally, he said simply increasing police presence in areas like north Minneapolis may not be the best way to address gun violence. Rather, he said, the city should be taking a more comprehensive approach by addressing issues such as poverty, a lack of opportunities and breakdowns in family support systems. “If we don’t address root causes, we can bring in the National Guard for a year, and two or three years later it’s going to be exactly the same,” he said.

A push for community-led solutions

Last year, when Minneapolis Mayor Betsy Hodges announced funding for several community-based strategies — things like launching a mental health co-responder pilot with MPD and creating a collaborative grant pool for Minneapolis’ West Broadway Corridor and Little Earth neighborhood — she said that collaboration between police and the community was critical. “It can no longer be just law enforcement going out there,” she said.

North Minneapolis resident Nikki McComb said she’d like to see more creative solutions in addressing gun violence. For instance, she said, she helped run a north Minneapolis gun buy-back project last year called Art Is My Weapon, which bought back weapons, no questions asked, and redistributed the disassembled pieces to north side artists for use in their works. 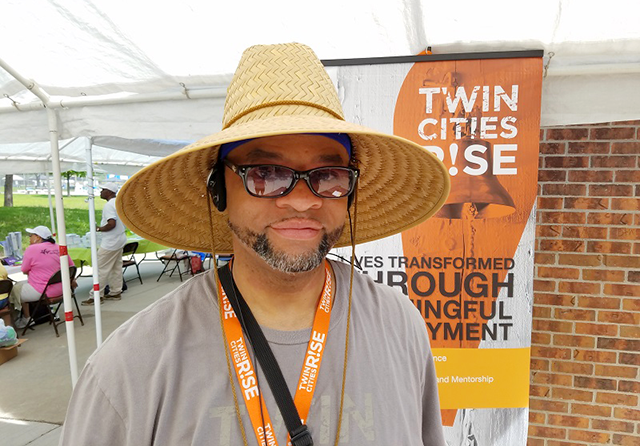 MinnPost photo by Kristoffer Tigue
Quinten Osgood, who’s been in and out of jail for 26 years for multiple felonies, now works mentoring youth in North Minneapolis for Twin Cities Rise.

What made the project so effective, McComb said, was that it rid the streets of 250 guns while giving something positive back to the community. “We’re just really trying to use art as a catalyst for change,” she said.

Minneapolis resident Quinten Osgood, who has been in and out of jail for 26 years for a number of different felonies, he said he’d like to see more resources going toward providing economic opportunities and life-skill coaching for the north side’s youth. Too many students in north Minneapolis don’t make it out of poverty because they don’t believe in their futures, he said, which in part, fuels the gun violence in the area. “We’ve got to get to the kids,” he said. “The solution is get to the kids, because they are our future.”