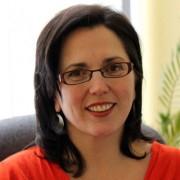 As part of a decade-long debate over how to best address Minnesota’s persistent racial gaps, state agencies have actively sought new ways to bring more people of color into the policymaking processes.

And one key element in the effort to help public agencies do just that is a relatively new training initiative: the Community Engagement Institute, a part of St. Paul-based nonprofit Nexus Community Partners that provides training and networking opportunities for organizations looking to learn how to better their community outreach and civic engagement efforts.

Launched in May, the effort has already provided trainings for dozens of organizations seeking help — the bulk of which so far have been from the state’s public sector.

“It was certainly created in response to a demand, and it was interesting to realize that a big part of that demand was coming from government institutions,” said Theresa Gardella, Nexus Community Partners’ vice president of programs and operations. “They have recognized their own short comings, I think, and want to be able to form better relationships in the community.”

Participants in their trainings have come from city, county and even state agencies, Gardella said, including the St. Paul Public Library, the Children’s Minnesota Minneapolis Hospital, the Minnesota Pollution Control Agency, and both the state’s Department of Human Rights and the Department of Human Services.

Avi Viswanathan, the institute’s director, said their program provides both private training sessions for organizations and public ones where people can network with others working in community engagement efforts and exchange best practices. So far, he said, those public sessions have been so popular that they’ve all nearly sold out. “We had all of our tables full,” Viswanathan said. “We did not expect as many people coming to these as have been coming.”

St. Paul Public Library Director Jane Eastwood attended one of those sessions and said she was impressed with what she saw. “Libraries have always been about doing outreach, and now we understand that what we really need is to engage with the community and do more listening and two-way sharing,” she said. “Nexus does a really great job of carrying that message.”

St. Paul has a particularly diverse population that differs from neighborhood to neighborhood, Eastwood said, so it’s important that their libraries have an active relationship with the community to ensure the programs they’re offering match up with what those neighborhoods want. “We can no longer just offer whatever we feel like offering and assume it’s what the community actually wants,” she said.

Nick Kor, civic engagement director for the Minnesota Department of Human Rights, said the department had a similar experience, with the institute’s sessions helping better define how the agency approaches community engagement. “It means that there’s a relationship, that there’s trust built, and that people feel like what they’re saying actually matters,” he said.

Part of a larger effort

The work Nexus is doing with its Community Engagement Institute isn’t totally new, of course. In fact, it’s just part of a larger movement that’s been taking place in Minnesota for nearly a decade, efforts all aimed at getting underrepresented communities more involved in statewide decision-making. “Individuals with disabilities, LGBTQ individuals, individuals of color, Native American people, they would often come to the Legislature and there would be policy that would impact their communities,” said Minnesota Department of Human Rights Commissioner Kevin Lindsey. “But it was very clear to them that they weren’t participating in the discussion.” 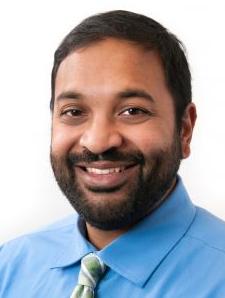 Then, around 2011, Lindsey said, a groundswell of activism and a growing awareness of the state’s racial disparities began pushing state government officials and lawmakers to address the issue more directly. By 2015, Gov. Mark Dayton issued an executive order to better diversify and include disenfranchised communities in state agencies, and had set up several new committees to oversee that work.

It was also around the same time that Minnesota was working on adding major transit lines throughout the metro area, said Susan Haigh, who previously chaired the Metropolitan Council and now sits as the president of Twin Cities Habitat for Humanity.

Haigh also sat on the board that managed a $5 million federal grant that Minnesota received back in 2011 — of which $750,000 went toward improving community engagement efforts within the state. Specifically, the grant aimed to improve civic engagement within historically underrepresented communities as the state planned major transit corridors and built new transit lines.

“The idea was to link the planning of transit and transportation corridors to additional goals like affordable housing, economic development, and to make sure there was comprehensive engagement in the planning and development of these corridors,” Haigh said.

Lindsey said all those factors helped push the state to improve its community engagement work. “I think that mix of information, that mix of people from the foundation community, and the social justice and community groups … that then became the catalyst for allowing other folks throughout the administration to really push this work forward,” he said.