For more than three years, Laurie Kusek has watched the caseload for her child protection program steadily rise. “Right now, we’re sitting at 204 unassigned cases, which translates to about 445 children.” said Kusek, who heads the Hennepin County branch of the state-run Guardian Ad Litem program, which provides independent advocates who act in a child’s best interest and assist in decision-making for any juvenile court case alleging abuse or neglect.

“There’s just a lot of work to be done and not enough bodies to do it.”

Since 2014, Hennepin County’s GAL program has seen a 60 percent increase in cases, a result of a series of reforms passed by the state Legislature meant to improve child protection practices statewide.

And the GAL program is not the only ones feeling the squeeze. Hennepin county officials are reporting rising caseloads among their social workers, attorneys and service providers, while funding and resources struggle to keep up.

“We have a 96 percent increase in child protection reports in the past eight years,” said Jennifer DeCubellis, the deputy administrator for Hennepin County’s Department of Health and Human Services. “And the funding and the resources across all parts of the system have not kept up at the same pace.”

Ramifications throughout the entire system

In 2014, Gov. Mark Dayton and the Minnesota Legislature began passing a series of legislative reforms meant to improve the state’s response to reports of child abuse and neglect — moves that came after a string of child deaths and other high-profile failings by child protection services was uncovered by the Star Tribune.

The new laws, which include stricter enforcement of response times that agencies must follow after a child protection report is first filed, have spurred significant statewide reforms, including in Hennepin County, which leads the state in annual child protection reports. Last year, Hennepin County received a record 21,000 reports, and county projections estimate that they’ll surpass that number this year.

But county officials say the improvements brought about by the new laws have also stretched resources, and many departments are now struggling to handle the growing caseloads. “We’re seeing … cases skyrocketing,” said Mary Moriarty, the county’s chief public defender. “The county board has been very generous in providing us with additional resources, but we’re still struggling to keep up.”

The Hennepin County Attorney’s Office is seeing the same thing, said county prosecutor Mike Freeman. Since 2014, the department has seen a 25 percent increase in CHIPS petitions, or child in need of protection or services. In 2016, Freeman’s office handled about 2,000 cases total, with 15 attorneys managing the bulk of them.

For Kusek’s fulltime staff of about 28 guardians, the increase in the number of cases has meant each guardian handling anywhere between 30 to 35 cases, she said. “That can mean anywhere from 60 to 90 kids,” she said. “It’s a huge amount of cases to carry.”

The resource crunch has also created a bottleneck in the system, which has resulted in children staying in child protection services for longer than in previous years. “Everything from child protection needing to staff up, to our foster care licensing … the Guardian Ad Litems, the public defender’s office, the county attorney’s office,” Kusek said. “It has ramifications throughout the entire system.”

Hennepin County officials say the issue boils down to a simple issue: the need for more staff and funding. “We are over $100 million in child protection spending in Hennepin County right now,” said DeCubellis. “In 2013, we had a $60 million budget.”

But state legislators have been hesitant to fund county requests for more money in recent years, citing a lack of data about whether the increase in cases is a temporary spike or a lasting trend.

As a result, state-run programs like GAL and state-county hybrid programs like Hennepin County’s Public Defender’s Office — both of which rely on state money for staffing — have only seen small bumps in funding over the last few years. 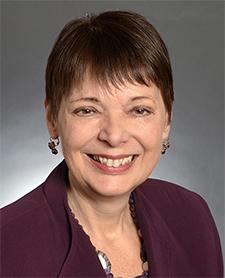 For most departments, that’s meant getting creative with current staff, using more volunteers, or tapping into county reserves to pay for overtime, new staff or increased programming. The GAL program now relies heavily on volunteers, Kusek said, but even that only helps so much. The program needs at least 100 new volunteers just to keep up with current demand.

Sen. Warren Limmer, R-St. Paul, who chairs that committee, said he isn’t convinced yet that cases will keep rising, and doesn’t want to dole out more state money until the state knows more about what’s happening. “Is this just a bubble of interest that’s spiked by news stories, or is this a serious trend that’s showing need for more resource?” he said.

DeCubellis said that however state policymakers want to see it, the county is finding instances of abuse and neglect in the reports coming in, which should be enough to garner further state support. “It feels like because there is more awareness, we are getting more reports in,” DeCubellis said. “But we are seeing an increase in the maltreatment findings as well. So, it does tell us that the calls we’re getting are the right calls.”

In wake of state reforms, child protective services in Hennepin County struggle to keep up