“I wanted to honor my grandfather,” said Minneapolis-based artist Ana Laura Juarez, curator of a new Day of the Dead art exhibition at Intermedia Arts, as she and her fellow artists hung the show last week. “I took the idea of cut banners at Mexican restaurants and I’m paying tribute to my grandfather. He’s the one who taught me how to take the spines off the raw cactuses before we ate them, so it’s basically the same image repeated over and over.”

Across the way from Juarez, veteran Minneapolis-based visual artist Dougie Padilla put the finishing touches on a wall of his Day of the Dead-inspired skull tiles. 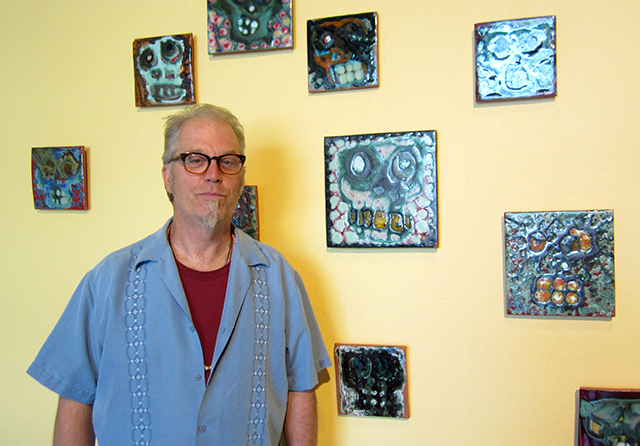 “I like to say I’m a Dia de los Muertos literalist; for me, the dead come back on Day of the Dead,” said Padilla, who has participated in Day of the Dead exhibitions and events since 1992. “It’s the most spiritual time of the year for me. Making these skulls, I like the ones where the glazes started melting into each other. I’d paint something and then it’d go through the firing process and the glazes would try to eat each other. It’s almost like the spirit world would step in and things would come through. Certain ones you can feel that more than others, but some would get a little spooky sometimes.”

Per its mission statement, the Muertos show seeks to shine a light on “the traditional and contemporary celebration of Day of the Dead. An indigenous Mexican tradition, Day of the Dead honors the memory of ancestors and departed loved ones, the duality of life and death, and the corn harvest season. [The exhibition] explores contemporary expressions and traditional elements related to Day of the Dead, intertwined with social justice issues that affect the Latinx community, engaging the participation of Latinx artists at various stages of development.” 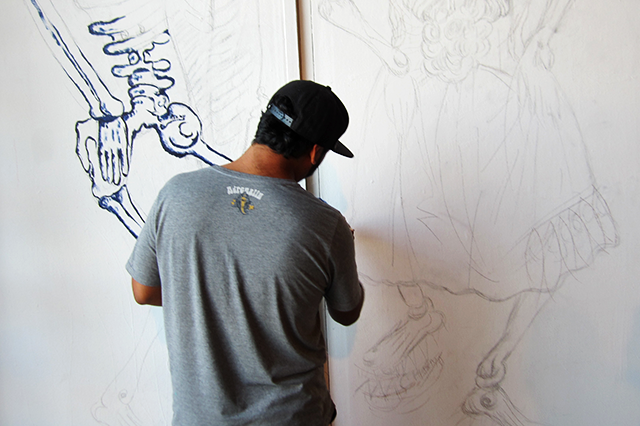 “It’s a collaboration, and it’s community, and it’s important that it’s an intergenerational [show], too,” said Juarez of the roster of participating artists that includes Jonathan Herrera, Deborah Ramos, Melodee Strong, Tania Galaviz de Espinoza, Rebekah Crisanta de Ybarra, Luis Fitch, Juarez, and Padilla. “I didn’t grow up celebrating Day of the Dead. I am Mexican-American, I grew up in Dallas, and Dallas is all about Day of the Dead, but for some reason we never celebrated it. I guess we honored the dead in our own way, so I guess now as an adult I’m learning more about Day of the Dead and I feel like I’m learning more about myself.

“What I’ve learned is that in Mexico for Day of the Dead, people actually walk from their homes to the graves, and they clean off the graves and sit there the whole night. The idea is that you’re making this area hospitable and the spirits are coming to hang out with you. This is a tradition that was started by the Mayans, and today the idea is the same, that the spirits are coming back to visit us.

“What’s interesting is that people here, who are immigrants, don’t necessarily have the opportunity to walk to the graves of the people. I don’t even know where the graves are of my grandfather, or my grandmother on my dad’s side. So having this exhibit doesn’t replace that [ritual], but when we’re all here during the reception it’s going to be very powerful.” 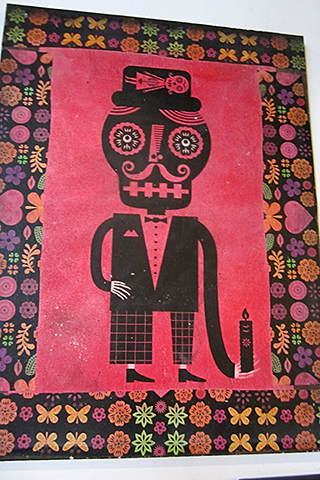 While Day of the Dead shares similarities with the Catholic holiday All Souls and All Saints Day, Mexicans “believe that the gates of heaven are opened at midnight on October 31, and the spirits of all deceased children (angelitos) are allowed to reunite with their families for 24 hours. On November 2, the spirits of the adults come down to enjoy the festivities that are prepared for them.”

For all of the artists participating in the Intermedia Arts show, it’s important that Day of the Dead and their art distinguishes itself from Halloween.

“Halloween is very Americanized and commercialized, and it’s based around pagan stuff that’s lost its connection to old pagan rituals, but in Mexico the roots of Day of the Dead are still there,” said Padilla. “I’ve been to Mexico for Day of the Dead, and we spent the celebration in the cemeteries and got to see more about what it is and where it comes from.

“There, it’s very much a party and a celebration, but it’s very moving spiritually. People who have nothing will spend their last dollar on food and flowers and everything to put in the graveyards. There’s the very spiritual stuff in the cemeteries and the homes with the altars for the family members and all, but there’s also satire in the streets of Mexico City, where you’ll see the lambasting of political leaders who you’ll be able to tell who they are, but they’re skeletons. Talking about, ‘You may be a bigwig, but you’re going to die just like the rest of us.’” 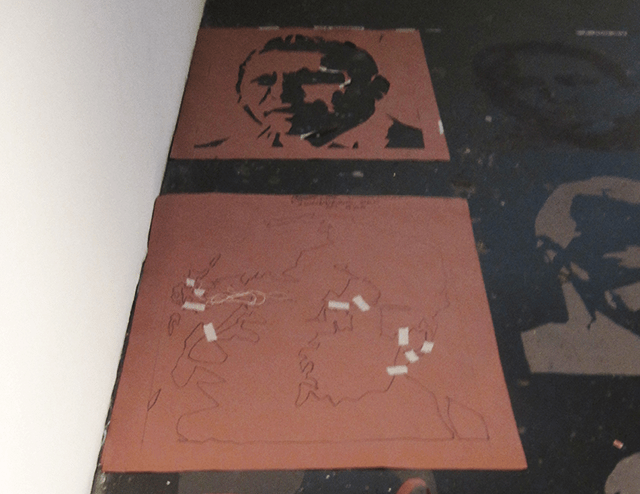 “Day Of The Dead is unique because you honor the dead, but it’s also very funny, and you make fun of the dead,” said Juarez, gesturing at a wall of brightly colored canvases that look down on stencils of Mexican faces. “Luis Fitch makes work that’s playful, but also brings to light corruption in Mexico. These are Jonathan Herrera’s stencils of Mexican journalists who have been murdered, so they’re meant to look like they’re emerging from the ground, and it’s the gauze of invisibility. The fact [is] that we walk on them and slowly the mud is going to start to fade.”

In many ways, the artists are reclaiming Day of the Dead away from the voracious nature of America and it’s monolithic pop culture.

“It feels a little strange seeing people put on that skeletal makeup when they don’t know the little I know about the tradition, because when you’re putting on that makeup it’s part of a whole ritual, not a costume, so taking that aspect out of context feels disrespectful,” said Juarez. “It becomes more superficial and, obviously, a tool to make money for larger corporations.

“What’s really meaningful is the ritual of building an altar, of going to the burial grounds, of community. What’s not enriching is taking those elements and not learning more about them, because it’s very surface. We’re all used to doing that at a certain level because we’re interested in other cultures, but there’s a lot missing and it can be hurtful.” 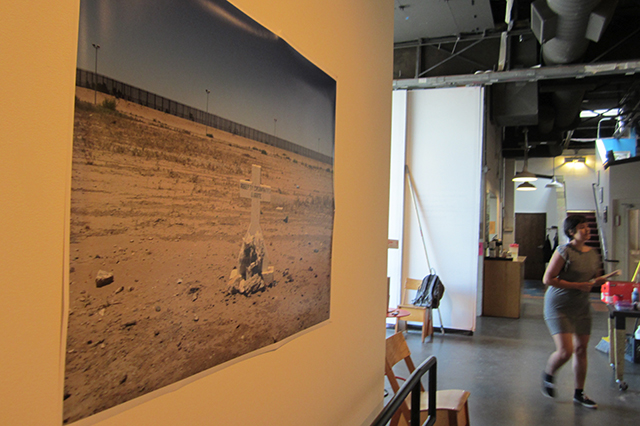 Day of the Dead: Exhibition sheds light on rituals that honor ancestors