Louie Anderson is a successful comedian, actor, game-show host, and author living and working in Las Vegas and Hollywood, but his days growing up in the projects of St. Paul stick with him.

“I remember growing up and knowing at times that there wasn’t going to be enough money for a deposit or to get into a place,” said Anderson from Las Vegas, about his upbringing that has informed his stand-up act for years, and books like “Dear Dad: Letters from an Adult Child” and his latest, “Hey Mom: Stories for My Mother, But You Can Read Them Too.” “I remember never having enough money to pay the rent, or deposit, always being behind, never being able to catch up. That’s what happens to poor people. They’re not able to catch up.

“So they live in a constant anxiety of, ‘Oh God, what am I going to do now?’ And if they have kids, if they have a family, they just want space, they just want shelter. And landlords don’t care if you’re poor for the most part, but there’s a few understanding people out there, and I think that’s what helps most people — those few understanding people. I think they really make a difference.”

One of those understanding people is Mick Sterling. The veteran Twin Cities-based musician and singer/songwriter has played and organized countless benefit concerts over the years. In the ’90s, Sterling launched the benefit concert series Heart & Soul for One Heartland (formerly Camp Heartland), and of late he has become a force in nonprofit fundraising for the homeless. In 2010, he founded the 30 Days Foundation, which offers one-time financial grants made payable only to the service that needs payment, and since 2011, the 30 Days Foundation has helped more than 80,000 individuals in the Twin Cities.

The next Sterling-spearheaded nonprofit project is A 30 Days House in Minneapolis, which will offer families in need a one-time residency in a fully furnished home stocked with food. The Minneapolis house is almost ready to open its doors, with its first tenant scheduled to move in in July.

“A 30 Days House stems from a program from the 30 Days Foundation called ‘Keep The Key,’  and that program assists people who are facing back rent stuff, where they don’t have enough for a security deposit to move in. We keep getting a bunch of emails from people like that, needing money,” said Sterling. 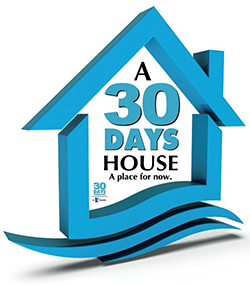 “Over the past few years, I would get emails from people who said, ‘I found a place, but we can’t move in for two weeks. Can you help with a hotel or shelter for two weeks? We have to sleep in our car for two weeks.’ Like, they’re almost there. They’ve done all the work to get there, but now they’re in this perilous spot because who knows what can happen in those two weeks?

“So it was enough where I thought that it would be a really interesting aspect for us to do — to provide a place where people could actually stay if they’ve proven they actually have a place to go to. That was the seed of the idea. I had a vision of what I thought the house could look like. I wanted it to be a small, unassuming house … and I saw the house on Facebook! It was my daughter’s boss who posted it, and it was the house I had in my head, and I called the owner and told them about it and they thought it was a really good idea.”

Partnering with the 30 Days Foundation and A 30 Days House is PRISM, the Golden Valley-based food shelf and housing program nonprofit that has been providing assistance to the poor since 1970.

“Mick is really a visionary with this. He’s an amazing fundraiser. I feel fortunate that he is interested in working with us,” said PRISM executive director Michelle Ness. “We have worked with the 30 Days Foundation for several years. Mick is a local resident within our food shelf service area, so to find another opportunity to work together makes sense. We have a track record of having provided services to those in need together, so he knows what our capacity is and we have had a chance to assess him. He invited us to be the partner in this opportunity, and it’s a great fit within our focus areas of housing, food, and clothing.”

According to Ness, Sterling’s idea for A 30 Days House is groundbreaking.

“I don’t know of anything else like this,” she said. “This is a pilot program, the brainchild of Mick Sterling, having recognized a need for families who have been homeless — which can mean a lot of things. They could be sleeping in a car, in a tent, in a garage, or other places not suitable for housing and really needing a place to land until their new place comes in.

“What’s absolutely unique about this is that it’s very much intended to help reinforce and help strengthen families. It’s fully furnished and stocked with food. So it’s an emotional reprieve for folks. You can take a deep breath, hug your kids, play a game, get a good night’s sleep, cook your own food, save the money that you’d otherwise be spending — if you’re in shelter, they charge a per diem fee, and if you’re in a hotel, they charge money. So it’s a chance to be emotionally stable when moving into the new home.”

PRISM will act as the program provider for A 30 Days House. Ness and her crew will meet with and interview prospective tenants, and oversee the needs of the families and the details of moving days. Because it’s a new concept, all concerned are proceeding forward with cautious optimism that A 30 Days House can work in the long run.

“We’ve seen the results of what happened with the 30 Days Foundation itself — it’s something so small but it can be such a gigantic game-changer for people. It’s been amazing to see,” said Sterling. “It only takes a couple of bad weeks, and you’re in trouble. I think this house is a unique opportunity … I think it will work. I think people will really appreciate it. I think it’s certainly worth attempting, for sure.

“It doesn’t take much. It’s like $25,000 a year, and that’s not that much money to raise. It’s not insurmountable at all, and it’s great for any landlord who wants to do this, because they don’t have to worry about their rent being paid. It’s just one family at a time, but I think there’s an opportunity for multiple 30 Days Houses to happen.”

For a struggling family in need of a foundation, the positive impact of living in a home, even for one month, can be life changing. 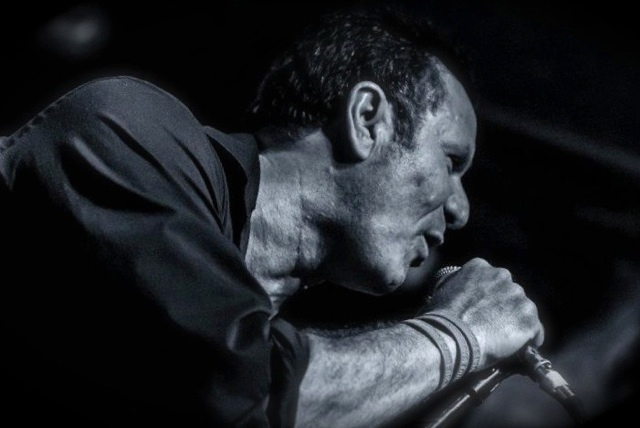 “They’re able to focus on their future,” said Ness. “They’re able to have energy, and space, mentally and emotionally, for their family, and to be able to connect and spend time together. This is a very generous and amazing opportunity, and if we can do this successfully, we’ll have a bit of a pay-it-forward feel, wanting folks to realize that this is an exceptional opportunity — which is why there aren’t 100 of them, already — and to really fully experience the healing and reprieve it can offer them, and take that with them as they journey into the world.

“We all know that after we have a pep talk with a good friend, or a crisis is averted, or a good meal, you kind of go, ‘Oh, all right! I’m feeling better. I’m equipped to handle whatever life brings me next.’ And when folks are in shelter, or living in a tent or out of their car, or all sorts of other potentially dangerous situations, that simply is not where they’re able to go.”

To get the word out on A 30 Days House, next month in St. Paul, Anderson will co-host a private fundraiser in which the three-time Emmy winner and star of the FX sitcom “Baskets” will read from and sign his new book.

“We’re all connected, [but] I just think we’ve become disconnected from each other completely, and that we’re looking for someone else to take care of the problem, like the government, and the government shouldn’t be responsible for ending homelessness,” said Anderson. “We as humans should help other humans.

“At the benefit, I will read from the book, tell some jokes, and talk to people about what this means from my perspective. Mostly I’ll just enjoy the time together, as human beings trying to solve a problem for just one family for 30 days — if you can help somebody out for 30 days, that’s 30 days out of their life that they’re not living under that pressure of if they’re going to be able to get into their place or not. I’m just going to share my experiences, and listen to other people’s experiences, because, like I was saying, we all are connected.”

“Mick just had a simple idea here,” said Anderson. “There’s a need, fill the need; don’t burden the person to repay the need. It’s a really great organization, and I’m happy to be a part of it.”

‘An emotional reprieve’: A 30 Days House to help families awaiting a new home