Micah Treuer grew up near the Leech Lake Indian reservation. He’ll soon finish medical school and he plans to work on the reservation, in part because of the death of his aunt.

There’s a dollars and cents argument for graduating more students from America’s high schools and for closing the graduation gap between white and non-white students, both here in the Twin Cities area and across the nation.

Without Social Security, life for the elderly in this community and others would be drastically different. So why haven’t more people stepped forward to tell their stories of how it’s helped them?

The Youth Farm & Market Project, with its nine garden sites around Minneapolis and St. Paul, teaches young people how garden. Kids also earn money, improve their community and interact with others from different backgrounds.

A local labor union and a Minneapolis vocational school are undertaking an unusual collaboration to put more minorities and women in construction jobs.

I love stories about immigrant families who come to this country and succeed. There’s something about these stories I can’t resist — hearing them is like watching a Frank Capra movie.

A Central Minnesota project is designed to help communities understand and address the needs of children who need to cope with having an imprisoned parent. 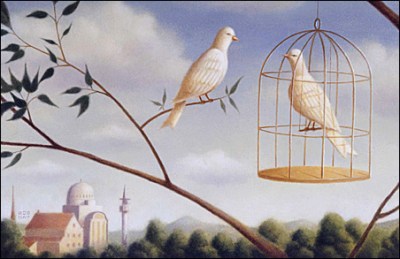 Since babies are our future, we better pay a lot more attention to them, two convincing speakers argued Thursday.

A national plan to prevent and end homelessness, released today in Washington, D.C., is drawing praise in Minnesota for its localized approach to solving the problem.

As the metro area becomes more diverse, shelters for battered women are becoming more culturally specific. House of Peace is a fresh example in the Asian community.

Maybe nothing says times have changed as dramatically as a program in St. Paul that a few weeks ago began distributing cell phones to homeless persons.

The Advocates for Human Rights, a Minneapolis non-profit, has organized an unusual book club to help Minnesotans learn about other communities.

A new report estimates the overall number of homeless people in Minnesota is significantly increasing, and now is at least 13,100 on any given night.

With the program’s help, all three children are excelling. Tonight, the eldest of them, Alastair Witherspoon, 13, will play his viola at Orchestra Hall in a pre-concert event before the Minnesota Orchestra performance.

Nonprofit groups’ discounted lessons and instruments are a godsend for many struggling families who want to introduce youngsters to all the benefits of the world of music: self-esteem, math skills, organizational skills and increased attention spans

Supporters had hoped they’d open the center this month at Kwanzaa (Presbyterian) Community Church that would serve as a short-term refuge for women and girls engaged in prostitution. Now the May opening may not happen.

A new study shows attending to low-income pregnant and parenting teenagers in their homes pays off.

Don’t think for a minute it costs less for people to sleep outside than to shelter or house them. Here’s a real-life example of helping others and saving money.

Paul Dunavin has shy eyes in a sad face and he beds outside at night in the shelter of bushes. He is one of our community’s easily overlooked “unsheltered people.”