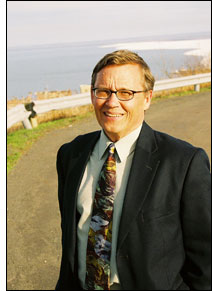 For a decade now, Minnesota has pursued a risky fiscal experiment.

It began in 1999 with large and permanent tax cuts mostly for top-tier households, and continued with deep budget cuts and disinvestment in our once highly regarded education, transportation and health-care systems.

The latest forecast of a $373 million revenue shortfall — on top of mounting evidence that the state’s economy is underperforming the national average for the first time in decades — strongly suggests that this fiscal gamble was unwise.

A Republican governor in the early 1980s and another Republican governor in the early 1990s addressed large budget shortfalls with some trimming but also reasonable tax increases. They understood that Minnesota’s tradition of strong investment in education and other essentials that enhance the common good actually helped create broader prosperity. (Every living former governor, by the way, and their finance commissioners, has expressed public disapproval of our current fiscal course.)

And in each of those previous decades, Minnesota went on to enjoy robust economic growth, personal income growth above the national average and long consecutive streaks of annual budget surpluses.

This decade was ushered in by historically large, permanent income-tax cuts (at both the state and federal level), benefiting primarily high-income families, and a cuts-and-gimmicks approach to budget-balancing when the inevitable periodic recession hit in 2001. We have been told repeatedly by anti-government ideologues that this strategy would create more jobs, better economic conditions for all, and even a supply-side gusher of state revenue.

Where’d all the surpluses go?
Compared to at least seven successive November surpluses in the 1990s, Minnesota got exactly two years of projected surpluses in this decade, and an economic “recovery” that provided little gain for middle-income and low-income households, before the ink turned red again. And even the surpluses were tainted by the fact that the state, also early in the decade, stopped accounting for inflation in its spending estimates.

On one set of statistics, the tax-cutters and government-squeezers got what they wanted.

We did get out of perennial Top Ten rankings that were presumed, falsely it turns out, to be bad for business. Over the last decade, Minnesota plummeted from around 10th in state-and-local taxes and spending as a percentage of income, to a very un-Minnesotan 23rd in taxes and 31st in spending. And the current total size of our public sector, according to the official Price of Government measure of total spending as a percentage of income, is about 6 percent smaller in 2007 than in 1997.

And certainly there was at least a temporary benefit from these policies for some Minnesotans over the last decade. As a result of the income tax cuts, Minnesotans with disproportionately high-income households have paid about $7 billion less in income taxes since 1999. Statistics provided by the nonpartisan Senate Counsel, Research and Fiscal Analysis office show that in 2007 almost 60 percent of those tax savings went to about 15 percent of households whose income exceeds $100,000.

Tax burden increasingly shifting to middle- and low-income families
But here’s the underside of that “benefit”:

The Interstate 35W bridge collapse has focused attention on an already-established consensus that Minnesota is 20 years behind in transportation and transit investment. Tens of thousands of children in the last five years have lost health-care coverage under the MinnesotaCare plan for working families. Cuts to state colleges and soaring tuition have raised barriers to higher-education attainment, a key ingredient of economic growth. The hard line on state taxes has forced dramatic increases in property taxes and fees, which are disproportionately burdensome for middle- and low-income families.

Few would argue that high levels of public spending and taxation, by themselves, will guarantee a competitive economic advantage. Government spending must be constantly examined and re-examined to ensure that it is spent wisely and with an investment mindset, focusing on what really works toward improving lives and economic conditions.

And the numbers suggest that a vigorous return to public investment mode is in order, in education, transportation, public health and environmental protection. At the very least, the current shortfall must not be addressed with further erosion of the public investment tradition that has made Minnesota among the healthiest, wealthiest and wisest of states.

Dane Smith is the president of Growth & Justice, a think tank that focuses on state economic issues.