“. . . The proscribing [of] any citizen as unworthy unless he profess or renounce [a] religious opinion is depriving him injuriously of those privileges and advantages to which in common with his fellow-citizens he has a natural right; it tends only to corrupt the principles of that religion it is meant to encourage….”
— Thomas Jefferson, The Statute of Virginia for Religious Freedom, 1786

Katherine Kersten, your God is too small.

You write on any topic of your choice as long as your interpretation of Christianity is at the heart of your rant and you do grave injustice to all of those whose Christian beliefs vary from your own, and I want you to stop.

Despite your best hopes, this is not a Christian Nation. This is the United States of America, a pluralistic society, built on the concept of the commonwealth, root common weal, common well-being. All of us in it together, each imbued with equal standing and value, with all the fantastic and marvelous messiness of our cultures, our ethnicities…and our faiths.

Your God isn’t everyone’s God
Your God is too small. If the lost child of Minnesota’s famous Mayo family (Star Tribune, Dec. 9) had not been attending a church-tied private academy but, instead, was a student at the Minnesota State Academy for the Blind just down the road, you would never have written that column. I find abhorrent your use of this child and this school to further your personal agenda. I cannot find any column in recent months — and you are spinning them out at the rate of twice a week — that does not take the reader back to your one-note theme of better days in conservative Christianity.

Your God is not in the Congregational fellowships of Massachusetts, the Methodist chapels of Georgia, or the silence of the Quaker meetings of Pennsylvania (would that you would consider adopting their example).

Your God is certainly not in the Buddha, who teaches us that no living being shall reach for Nirvana until every blade of grass is realized: we all go over the Wall together, or not at all.

Your God is certainly not in Allah, who is the All-Merciful and the transcendent Creator of the Universe.

Your God cannot be the Sophia of Gnostic Christianity and the Hellenic Church, who resides in us all as the Divine Spark and whose heart is Wisdom.

Your God is not in Yahweh nor the lessons of the Talmud, where learned debate and discussion of the requirements of our lives as children of a just and loving God would be utterly foreign to you. 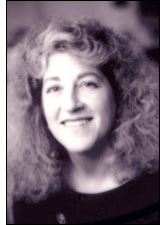 Your God is too small, and your ideas too narrow
Your God is too small, and your heart is hard. “Justice, justice shall ye pursue!” But you would reframe “my” justice. This scholar of the world’s religions finds your ideas of our collective human value and many paths to be brutally narrow and built on your own self-importance. Archbishop Harry Flynn’s marvelously direct statement in his letter to the Star Tribune amounted to a rephrasing of a classic Yiddish invocation, “May the Lord bless and keep you…far away from us!” I like to think he learned this wonderful exhortation from his colleague at the Jewish-Christian Learning Center on the University of St. Thomas campus: Rabbi Max Shapiro.

Katherine, your God is too small. Where my God seeks to be everywhere, in all beings, in all ways, for all time, your God has rules and lines drawn in the sand, accusations and retributions and punishment for the unworthy. The Rabbi Jesus who received the devotion of the Magdalene, the Fallen Woman, and appeared to her first in the Garden of Gethsemane, first among all his disciples, would not approve of your chosen role. “You who are without blame, you cast the first stone.”

And lest you presume that to be patriotic is to be Christian, and to be Christian is surely the essence of American patriotism, revisit Thomas Jefferson’s words, written to stave off the very hope that you cherish, that your God truly does come with a sword.

“…Their ill tendency is a dangerous fallacy which at once destroys all religious liberty because he being of course judge of that tendency will make his opinions the rule of judgment and approve or condemn the sentiments of others only as they shall square with or differ from his own….”

Deborah Morse-Kahn, director of Regional Research Associates in Minneapolis, can be found at dmk@regionalresearch.net.