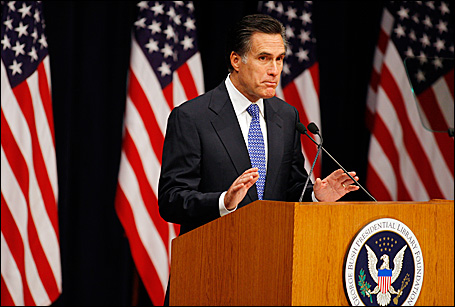 Mitt Romney, Republican presidential candidate, gave a speech recently about how his faith would inform him if he became the nation’s first Mormon president. Not since 1960, when John F. Kennedy addressed questions about his faith while aspiring to be the first Catholic president, has a major candidate focused a speech on his religion.

What Romney said was widely reported, followed by extensive commentary on what he meant and how his religious beliefs might influence his actions as president of the United States. One reason for the intense scrutiny is the growth of Mormonism from a relatively small, obscure religion centered in Utah to a large worldwide membership with some unique tenets criticized by other faiths. For instance, some Evangelical Christians, a major force in the Republican Party, consider Mormons to be heretics.

We’ll all benefit by dialogue on faith and values
Romney’s speech came at a time in our history when religion is more of a factor in elections than ever before. Our country will benefit greatly from active dialogue about faith and values in public life and should include all candidates in the conversation on this complex, emotional and controversial topic. Romney’s speech can be a catalyst for that discussion. I’ve listed some of his key comments and offered my responses. But for every answer, more questions are raised.

Here are a few key points:

Romney: “We should acknowledge the Creator, as did the founders in ceremony and word. He should remain on our currency, in our pledge, in the teaching of our history, and during the holiday season, nativity scenes and menorahs should be welcome in our public places. Our greatness would not long endure without judges who respect the foundation of faith upon which our Constitution rests. I will take care to separate the affairs of government from any religion, but I will not separate us from ‘the God who gave us liberty.'”

The American people need to know how an aspiring leader of the free world understands the relationship of religion and government in America.

Does Romney mean the God narrowly defined and claimed by extremely conservative Christians, that tiny sliver of our diverse culture he is wooing in the Iowa primary? Or might it be more like “Nature’s God,” as referenced by Thomas Jefferson in the Declaration of Independence?

Does Romney understand the complexity and diversity of our founders’ religious belief or disbelief? Or is he assuming alignment of their values as expressed in 1776 with his own? 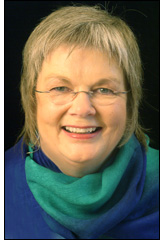 Romney: “Freedom requires religion, just as religion requires freedom. Freedom opens the windows of the soul so that man can discover his most profound beliefs and commune with God. Freedom and religion endure together, or perish alone.”

What does Mitt Romney mean by this? He wants conservative Christians to tolerate his Mormon tradition and professes tolerance for other religions. Does this tolerance extend to all religions in our increasingly pluralistic country?

The Constitution guarantees freedom of religion and freedom from religion. Does Romney tolerate, or even recognize, the huge segment of our society not affiliated with any religion and whose exemplary values are influenced by richly diverse sources of wisdom?

Countless positive contributions to America’s founding and its continuing development as a beacon of hope, liberty and opportunity have come throughout history from people who might describe themselves as humanists, secularists, free thinkers, atheists, agnostics or spiritualists. These American citizens are often marginalized and even demonized based on religious prejudice.

Romney: “We separate church and state affairs in this country, and for good reason. No religion should dictate to the state nor should the state interfere with the free practice of religion. But in recent years, the notion of the separation of church and state has been taken by some well beyond its original meaning. They seek to remove from the public domain any acknowledgment of God. Religion is seen as merely a private affair with no place in public life. It’s as if they are intent on establishing a new religion in America — the religion of secularism. They are wrong.”

The principle of “separation of church and state” is not included in the Declaration of Independence or the Constitution. The meaning has evolved since the phrase was first written in 1802 by Thomas Jefferson in his “Letter to the Danbury Baptists,” and it continues to be the source of heated discussion. “Separation of church and state” is cited by voices from the far left to the far right and everything in between as justification for widely diverse agendas.

Romney needs to explain “the religion of secularism” as well as who “they” are.

No one segment of our diverse population can define the values that form the core of our living democracy. All Americans need to open their hearts and minds as they actively engage in a public conversation about our country’s values. We need full participation in the task of restoring our democracy and providing moral leadership to a hurting world.

That’s what an election of the president of the United States is about. This is our opportunity to envision what kind of country and world we want, define the values to guide us, and intentionally select the person most capable of leading us in the direction we want to go.