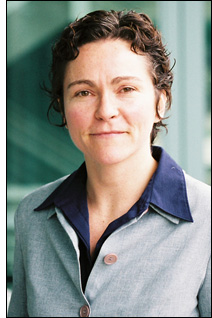 “Bible Self-Defense” is the aptly titled series of community courses that wrap up this week in the Twin Cities. They’re designed for those who want to learn more about standing up for the rights of gay, lesbian, bisexual and transgender people. The courses dissect biblical text and help participants engage in constructive conversations with conservatives about sexuality and sexual orientation.

These courses are part of a larger effort to organize Minnesota’s faith communities toward the goal of GLBT equal rights in our state. The classes are co-sponsored by OutFront Minnesota, Soulforce Q and Faith Family Fairness Alliance.

So why does the GLBT movement need the help of religious progressives?

To start, there are often loud voices that use their religious views to call for discrimination against GLBT people, and unless we have a different religious perspective speaking out, there is silence on the other side. This work gives people tools to advocate for GLBT rights and helps people understand that they can constructively participate in the public dialogue around GLBT rights, along with their conservative counterparts, using both sides’ shared sacred text, the Bible.

The self-defense courses are resonating. We’ve had about 170 people come and participate.

Religious groups key part of push for GLBT rights
In recent history, religious leaders and communities have been an integral part of the push for GLBT rights. They helped defeat the aggressive anti-marriage constitutional amendment in 2004, 2005 and 2006 and, last year, brought out 2,000 people to a people-of-faith rally to oppose the amendment.

We have worked with faith communities for years, including the Joint Religious Legislative Coalition for the 1993 campaign to amend the state human rights act to include sexual orientation and gender identity. In fact, 24 religious organizations participated in that effort.

Over the years, we’ve met in church basements in Red Wing, Grand Rapids, Willmar, Northfield and many more cities and towns statewide, helping people with religious views learn to advocate for GLBT rights. OutFront Minnesota’s website includes a page of welcoming congregations (we list at least 60 of them throughout Minnesota) and is consistently one of the most popular pages on our site. People with religious values (both gay and straight) are clearly committed to learning more about how to stand up for GLBT rights.

We’ve gained a lot of acceptance and tolerance in Minnesota, but there still needs to be more education about GLBT issues, and religious leaders who are speaking out are adding to the dialogue around those issues.

Laurie Crelly, the chair of Faith Family Fairness Alliance, says, “So many of the negative attacks toward GLBT people have an overlay of religious rationale or argument.” So, she says, it’s important for people with religious beliefs to be able to cite those very beliefs in upholding GLBT equality, because “I think to some extent, it is to promote religious tolerance and to oppose bigotry in the name of religion. To have one person or one aspect of Christianity, i.e., the fundamentalist movement or the religious right, stand up and say, ‘We speak for all of Christianity,’ denies the reality of religious pluralism and a diversity of Christian voices in society. To help Christians who support GLBT rights to have the voice and the strength to say, ‘No, those are not my spiritual values,’ is an important aspect of seeking civil rights for GLBT people.”

Support from people of faith will grow
I predict that the support of people of faith for GLBT rights will increase in the years to come, and that this phenomenon will help move us to a place where, eventually, someone’s sexual orientation or gender identity will be a non-issue.

Far from being a luxury, the participation of faith communities in the move toward GLBT equality is vital. In fact, it’s difficult to imagine how we could push the movement forward without those voices.