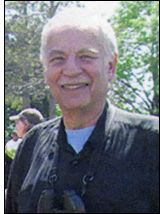 There is a way, though.

Gambling. Specifically, a casino at the site of the present downtown post office. It will:

2. Compensate for the lost revenue from our worst-in-the-nation tribal gaming contract that currently generates zip in tax revenues. (For those who believe the tribes are entitled to a sweetheart deal to compensate for our national disgrace of an American Indian policy over the last 200 years, they can be sure that the tribes would be aggressive bidders on a downtown Minneapolis license. That’s because they want to protect their own monopoly franchise at Mystic Lake and because gambling is profitable even if you have to pay taxes.)

3. Move the underused, classic art deco downtown office to its highest and best use. Instead of a few dozen postal workers looking out of the back of the building at the best view in downtown Minneapolis, it would be open to thousands of empty-nesters and tourists. (Yes, I know, casinos don’t have windows. This one would).

Plan would benefit post office, too
Also, even from a purely postal point of view, it would benefit by moving the downtown post office from the river, where it was originally sited to take advantage of nearby rail transit, to the south end of downtown to provide closer access to the air transit, which is how we move mail today. That also would lessen cross-downtown postal traffic and save the big bucks from the costs associated with the current unnecessary extra distance to reach the airports.

Finally, to nail down the solution to the MinnPost lament about the need for upgrading downtown retail, gambling venues tend to be mixed-use sites, with hotels, restaurants, top-drawer entertainment (which likely would not be seen here except in a casino setting) and, of course, major retail. Major, major retail, such as the Forum Shops at Caesars Palace in Las Vegas.

What will it take legally to accomplish all this? It may take an amendment to the state Constitution. That’s what it took to legalize parimutuel betting on horses. Since casino games were not included in that measure, it seems it would require another constitutional amendment to legalize them. In addition, it would certainly require state legislation to accomplish the needed licensing and bidding procedures. To complicate matters further, any change in the site of the downtown post office would require federal approval. In other words, making this project go is going to be a lengthy process.

Casino plan would take lots of works, lots of time
What about a timetable? Well, just ask Carl Pohlad how many years it took him to get his Twins stadium built. Then, multiply that number by at least two, and you have a rough idea. But note, Carl was asking for taxpayer money. The casino operators would be putting money into the state treasury. Big money. But, of course, there’s always a moral issue when you talk about the expansion of gambling, and that would produce lengthy debate.

Who would compete for the license? Likely candidates certainly include the tribes. Probably the operators of the planned north suburban race track in Anoka County. And, likely, Canterbury Park in Shakopee. (Full disclosure: I own 2,100 shares of Canterbury stock, have run horses at Canterbury since its opening in 1985 and currently have four Thoroughbreds that I plan to run. I also serve on the board of the Minnesota Thoroughbred Association and a state board, the Minnesota Thoroughbred Breeders Fund Allocation Advisory Commission to the Minnesota Racing Commission. I have no personal plans or any personal stake in this proposal, however.)

That’s three interested parties for starters, and, of course, there are numerous publicly and privately held gambling/real estate development operations looking to expand.

There are no sure things. But I’d say that “gambling on gambling” is less of a gamble than “shopping for shopping.”

To revitalize downtown Minneapolis, I’d rather gamble on gambling than shop for more shopping