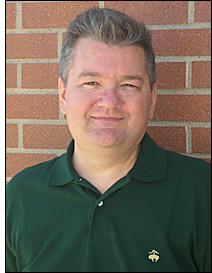 No, the problem is the progressive message. We don’t have one. It’s not a degree of cogency, either. Progressives lack a single, coherent message.

A great many progressive activists will disagree with me, citing human rights, reproductive rights, civil rights, single-payer health care, and green transit. They’re correct, but they make my point. A panoply of diffuse issues, no matter how well intentioned, is not a broad, resonant progressive message.

Frankly, it’s what I expected.

The Minnesota Family Council and Minnesota Citizens Concerned for Life oppose gay marriage and abortions while obsessing over sexuality. The Center for the American Experiment’s most recent pieces advocate for school vouchers and employer-based health insurance. Minnesota Majority exhorts an anti-immigrant enforcement agenda. The Free Market Institute, the 501c3 arm of the TaxpPayers League of Minnesota, opposes taxes and proposes “borrow and spend” transportation funding.

The conservative policy advocacy organizations are parts of a whole. They could be a divisive, disastrous mix, yet they create a cohesive conservative message. While conservative cooperation is straining at the seams, their political leadership maintains their centralized message.

The University of Minnesota Humphrey Institute’s Center for the Study of Politics and Governance recently hosted a panel discussion examining “The State of Minnesota’s Republican Party and Conservative Movement.” The conservative panelists, current and former elected officials, blasted government and attacked progressives while ducking ideological divisions.

On the progressive side, we have constituency advocacy groups but no overarching progressive message. Progressive political leadership isn’t much help. Legislators have accepted Pawlenty’s fiscal crises frame and call for no new spending. They will, in effect, help Pawlenty maintain his conservative policy priorities.

We have to do much, much better.

Minnesota 2020 was, in part, born from this frustration. We’re committed to moving Minnesota’s public policy debate forward by focusing on what really matters: education, health care, transportation and economic development. If we listen to people, execute smart research and respond thoughtfully, we can create a positive, forward-thinking progressive message that moves past divisive conservative policy.

A smart message starts with a smart goal: moving Minnesota forward. When our message exceeds the sum of its parts, we succeed. Until that moment, it’s just wishful thinking.

John Van Hecke of St. Paul is a fellow and director of operations and planning for Minnesota 2020, a new progressive think tank based in St. Paul.