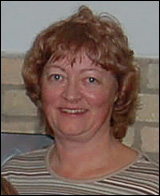 Northland Poster Collective in Minneapolis has a bumper sticker that reads, “An injury to Juan is an injury to Al.” In a lighthearted way, that twist on the classic labor motto captures the meaning behind a resolution adopted at the 2007 International Labor Communications Association convention.

Delegates to the New Orleans convention discussed the way language is being used in the current debate about immigration and how labor media can play a role in both educating union members and building solidarity.

The resolution notes that phrases such as “illegal immigrant” and the grammatically incorrect usage of “illegals” as a noun promote divisiveness and bigotry. In our resolution, ILCA urges all ILCA members and labor communicators in general to instead use the terms “undocumented immigrant” and “undocumented worker.”

The resolution was introduced by Workday Minnesota, which has long followed this practice.

Pejorative language criminalizes people, not actions
Why is this important? It’s not just a matter of semantics. As the National Association of Hispanic Journalists notes, “illegals” and other pejorative language “crosses the line by criminalizing the person, not the action they are purported to have committed.” Millions of people in the United States have engaged in illegal acts, from failing to pay a parking ticket to committing murder, but they are not referred to as “illegals.”

As the NAHJ also notes, “Under current U.S. immigration law, being an undocumented immigrant is not a crime, it is a civil violation. Furthermore, an estimated 40 percent of all undocumented people living in the U.S. are visa overstayers, meaning they did not illegally cross the U.S. border.”

While it’s important for labor communicators to be accurate, it’s equally important we get the whole story. Our publications, websites, radio and video productions provide a perspective on the issues that is woefully lacking in the corporate-owned media. That’s why avoidance of terms like “illegal immigrant” is particularly important.

Remember the heavily hyped myth of the “welfare queen” in the Reagan era? She’s disappeared — replaced by those “illegals” who are trying to take your job. As long as workers of different backgrounds view each other with suspicion and even hatred, we can’t get together to solve our problems.

The constant drumbeat about “illegal immigrants” by politicians, talk radio, CNN’s Lou Dobbs and thousands of others also clouds the real issue that working people need to address. Despite the rhetoric, immigration is not the central question. It’s globalization.

We live in a global economy where millions of people are forced to leave their homes and their countries to find work to feed their families, while millions more are witnessing steep declines in their wages, benefits and working conditions. Meanwhile, corporations pile on the profits, destroying communities, the environment and people’s lives with impunity.

Is this the kind of world we want? As long as working people stay mired in name-calling, they’ll never ask that question.

This article is reprinted from Workday Minnesota. Barb Kucera, editor of Workday Minnesota, is also a member of the executive council of the International Labor Communications Association. The complete text of the ILCA resolution and guidelines from the National Association of Hispanic Journalists are available.