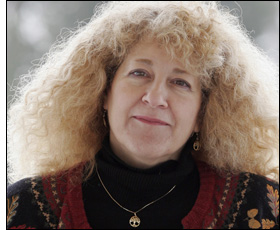 No one can accuse me of not caring. A diehard Democrat, I stayed up Super Tuesday until the Missouri primary returns came in at 12:30 in the morning, snapped off the living-room lights, announced to the dark, “Let’s go to bed!” and collapsed into sleep. The Minneapolis Elections Judge reminder card had arrived in the day’s mail: I need to update my file and once again request a split-shift assignment to my home precinct.

But I never went to my precinct caucus. Truth to tell, I have not attended a caucus since the years of the Vietnam War. Managing to find the one shyness gene in the collective family DNA, I am psychologically crushed by vast groups of aggressive folks packed into small spaces where folks are shouting at each other and the entire circus is being managed by those who have aced the system.

Still undecided on Super Tuesday
Right up to Tuesday morning, I couldn’t have told you what name I might have at least put on the straw ballot…and run like a hare back to the comfort of my own home. Obama? Clinton? Oblinton? Which??? Which??? I wanted to make that decision in the quiet privacy of a voting booth, free to chew the end of my felt-tip pen and, finally, make my mark.

By Tuesday morning, the first eepings of a possible winter cold were making themselves felt. If I could have dressed, grabbed my coffee mug and voted at 8 in the morning on the way to work, my vote would have been cast, the deed done, and the rest of the day left to play out as best as possible, depending on work flow and body health.

But by 4 p.m., I knew I was exhausted, my eyes hurt, and I just wanted to go home. A raucus caucus, that circus wrangled by the few for the many, was the antithesis of my needs, and by the time I lay down “just for a little while” before going out again to cast my straw ballot … I knew I wasn’t leaving that couch. So the remote control let me toggle between CNN and MSNBC for the night’s returns.

It was my Super Bowl, nursed with mint tea instead of beer and chips. Democrats or Republicans, the whole thing was incredibly exciting, an election before THE election.

Caucuses’ narrow time frame disenfranchises many
But I wasn’t at my caucus. And there were many others for whom a sliver of time on a weekday — 90 precious minutes — simply wasn’t manageable. First-responders (fire, police, emergency personnel), anyone working the 11-7 second shift (caucuses began at 6:30) or a second job (numbering in the untold thousands), the elderly and/or disabled for whom mobility is already a daunting issue in deep winter and for whom Metro Mobility services — which is first come, first served and therefore not easily locked into a time frame — can only bring riders to the curb … but not to the door. Did I mention you cannot vote by absentee ballot in a Minnesota DFL caucus? No preplanning possible.

I heard some wild stories from folks who’d had some very interesting experiences Tuesday night. No one asked one gal at her DFL caucus for any kind of I.D. at all, just passed her through into an overheated, heavily packed room where she could stand for an hour-and-a-half if she was able for the duration. She didn’t. She went out the door, found the Republican caucus and got grilled for every bit of I.D. she had on her. She didn’t cast her ballot there, either, but went home in disgust.

Another friend found that the overflow — what, they were surprised at the large turnout? In Minnesota? — moved the whole show to another, larger venue in the building. The hand-drawn signage was poor, and she was among several wandering ghosts, wrapped in parkas and scarves, in the hallways of an alien school building trying to find her caucus in time for any kind of meaningful participation. She arrived hot, sweaty, very cross and very late.

Folks waited in line for hours to cast straw ballots, if they were actually able to get into the building. Traffic was backed up in every direction at many caucus sites, and some folks never got out of their cars.

The caucus is a leftover from the days when all of rural America ran town-hall meetings. It’s had its day. Give me the primary election — voting sheets, marking pens, blue plastic booths, tally machines and I VOTED stickers, and let me get there when I can over a long day of opportunity.

The caucus belongs to the past, and we should jettison it, leave behind this fascinating but vastly inefficient form of participatory democracy and join the all-inclusive world of state primaries.

Deborah Morse-Kahn is director of Regional Research Associates, Minneapolis. She can be reached at dmk@regionalresearch.net.