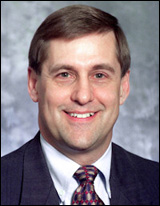 On Tuesday, April 22, in front of a House Taxes Committee hearing packed with onlookers, lobbyists and a clutch of the ever-available “down-on-their-luck construction workers,” legislators listened to yet another proposal to flush taxpayer money down the Mall of America’s “Phase II” development toilet. This year’s version of the legislation calls for the diversion of $4.5 million per year from a pool of property tax dollars to fund a $204 million parking ramp. Though the parking ramp will only make up 11 percent of the total proposed expansion, supporters of the plan are threatening that without the subsidy the project won’t move forward.

Just three days later in the House Commerce and Labor Committee, another set of legislators heard about the possible effects that the Northwest/Delta Airlines merger could have on local jobs and the repayment of a $215 million loan issued by the Metropolitan Airports Commission to Northwest. Maybe if the legislators in the Taxes Committee could have heard what Northwest was telling their colleagues a few days later — after years of threats, subsidies, threats and more subsidies — Mall of America supporters would have found their plan about as well received as another April snowfall.

To better understand what can happen when state lawmakers dole out public dollars to private businesses, let’s take a walk down memory lane.

In 1991, Northwest Airlines came knocking at the Capitol’s door looking for a big bailout. It claimed that if it didn’t get help it would consider moving its headquarters and other operations to another state. Fearing the saber rattling of then Chairman Al Checci, who had in 1989 helped organize a $3.65 billion leveraged buyout of Northwest, the Legislature responded. Checci and his partner, Gary Wilson, were able to persuade the Legislature and Gov. Arne Carlson to provide the airline with an $837 million package of state and local bonds, subsidies and tax credits.

Another year, another threat
One year later, in the midst of an industry-wide downturn and with some of the remaining costs of the leveraged buyout still not resolved, Northwest threatened to file for bankruptcy unless it was given wage concessions from employees. Eight-hundred million dollars later, the airline was able to remain on its feet.

As part of the 1991 bailout package Northwest promised, in addition to other conditions, to create 2,000 new jobs in Northeastern Minnesota. But, as “public-private partnerships” tend to do, once Northwest got its money and realized the promises it made looked much better on paper, a renegotiated deal dropped the number of jobs to 950. So just as Murray woke up every morning to the same verse of “I Got You, Babe” in the movie “Groundhog Day,” another corporate welfare supplicant — this time the Mall of America — is singing an eerily similar tune, “I Got Jobs for You, Minnesota.”

Another major aspect of the 1991 bailout was the provision that Northwest must keep its headquarters in Minnesota until the loan is repaid. But at the April 25 Commerce Committee hearing, a Northwest spokesman stated that under the Northwest/Delta merger the headquarters for the new airline would remain in Atlanta, where Delta is based. The result of Northwest closing its headquarters in the Twin Cities will be the loss of hundreds of more jobs. Yet, during the tenure of Checci and Wilson at Northwest from 1989 to 1997, it is estimated that their initial investment of $40 million returned a $1 billion windfall for the former chairmen (with the help of Minnesota taxpayers).

While there are likely several more chapters to be written in the Northwest saga, the reality is that the state should never have handed out hundreds of millions in taxpayer subsidies to Northwest in the first place. Today’s members of the Legislature should heed the lessons learned from the Northwest experience and realize that giving public money to private business can only benefit one side. What are the folks who own the Mall of America going to do if they don’t get their state subsidy — build Phase II in Iowa?

Phil Krinkie, a former chairman of the House Taxes Committee, is president of the Taxpayers League of Minnesota.