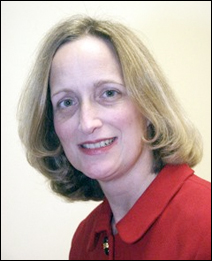 Did you hear that roar of approval that rose from Washington last week?

No, I’m not talking about the thousands of people gathered on the National Mall during President Barack Obama’s Jan. 20 swearing-in ceremony.

I’m referring to the cheers and cries of happy disbelief pouring forth from open-government advocates after Obama announced on Wednesday, his first full day in office, that he was declaring “a new era of openness” in the executive branch.

In a series of policy statements (which you can read here and here), the new president has declared a presumption in favor of openness in disclosing executive branch records (PDF) under the Federal Freedom of Information Act (FOIA) and the Presidential Records Act. That means that it’s up to the government to justify any decision to keep records away from the public, not for the requester to make the case for disclosure.

Unless you’re a government-access junkie, this may not sound like a big deal.  After all, we live in a society that is based on the idea of the citizen’s right to know what the government is up to, right?

Ashcroft reversed Reno policy
In theory, yes. But the reality has been very different for most of the past eight years. Just a month after the Sept. 11 attacks in 2001, then-Attorney General John Ashcroft issued a memorandum declaring that if federal agencies could manage to come up with a “sound legal basis” to justify withholding information from the public, the Justice Department would defend them from any challenge.

Ashcroft’s memo was a complete about-face from the one his predecessor, Janet Reno, promulgated in October 1993. A joint statement issued by President Bill Clinton and his attorney general had struck down a 1981 policy that  allowed agencies to deny FOIA requests if they had “a substantial legal basis” to do so. Instead, the Clinton administration encouraged agencies to disclose records proactively — even those that were technically covered by one of FOIA’s nine exemptions — if the public interest justified it.  And the Justice Department would refuse to defend agencies that denied requests unless they could demonstrate that “foreseeable harm” would result if records were released.

The Ashcroft memo, coupled with understandable concerns about national security in the post-9/11 environment, sent a strong message to the bureaucrats in the executive branch:

When in doubt, don’t give it out. Even when agencies were clearly obliged to comply with the law, they dragged their feet, invoking statutory provisions that allowed them to delay releasing records almost indefinitely. When requesters tried to find relief in the courts, the judicial branch, in most cases, deferred to the executive branch.

Presidential Records Act gutted in 2001
And that wasn’t all. A Bush executive order from November 2001 gutted the 1978 Presidential Records Act — a law designed to provide public access to most administration records 12 years after a president leaves office — by allowing both current and former presidents and vice presidents, and their heirs, to veto the release of administration records forever. Vice President Dick Cheney successfully shielded the deliberations of his energy task force from public scrutiny under the Federal Advisory Committee Act. Agencies were granted new powers to classify government documents to block their release.

Still other records were kept from the public by liberal use of the informal “sensitive but unclassified” designation. Although this system dates back to 1977 and has been used by every administration since, more than 25 government agencies used it to close off thousands of documents — sometimes, according to a study by the nongovernmental advocacy group the National Security Archive, without legal authority to do so.

Journalists came to depend on leaks
In this climate of institutionalized secrecy, it wasn’t surprising that journalists came to depend on leaks — unauthorized disclosures — of information. These leaks made possible many important and controversial stories, including revelations about secret CIA prisons and National Security Agency (NSA) wiretapping. But they also resulted in government subpoenas demanding that journalist disclose their sources, and even prompted calls in 2006 to use the espionage statutes to prosecute those who received leaked information.

Nevertheless, by 2007, members of Congress from both sides of the aisle seemed to have realized that institutionalized secrecy may have gone too far. The FOIA was amended to tighten deadlines for responses, force agencies to justify their backlogs or face monetary fines, and to create an independent ombudsman based at the National Archives to monitor compliance with the law and to run interference between the agencies and the public. President Bush signed the amendments into law at the end of the year.  But in his budget request submitted in February 2008, he proposed that the ombudsman be shifted to the Justice Department, which would be tantamount to allowing the fox to guard the henhouse.

During the presidential campaign, both Barack Obama and John McCain vowed that they would increase openness and accountability in their new administrations. When the new president actually embraced the idea of transparency in a concrete and visible way on his first full day in office, open government advocates were euphoric.

Reality check: It will take time
But a reality check is in order here. It’s exciting that Obama says, “Transparency and the rule of law will be the touchstones of this presidency.” The trick will be keeping that promise.

Obama has ordered his not-yet-confirmed attorney general to issue a new set of FOIA guidelines. But even if those guidelines contain every sentiment that an open-government advocate could wish for, undoing eight years of secrecy will take some time. Some career bureaucrats have become very comfortable with the practices of the Bush era, and they aren’t going to change overnight. And the years of court decisions upholding these practices weren’t eliminated by a stroke of Obama’s pen, either.

Second, all this openness is going to cost some money. Although it’s undoubtedly true that secrecy can be very costly in terms of public trust and public safety, Obama’s order that agencies “increase and improve information dissemination to the public, including through the use of new technologies” will not come cheaply.

Third, expect opposition from members of the intelligence community. Their concerns about national security can’t be dismissed out of hand. Businesses, too, will balk at the prospect of their information becoming more readily accessible — especially given that commercial requesters are responsible for the vast majority of FOIA requests, often seeking their competitors’ records.

Limbaugh suggested dark motivation
Fourth, even though openness in government shouldn’t be a partisan issue, it can become a political football. Rush Limbaugh denounced Obama’s orders the very day they were released. Although conceding he hadn’t yet read them, the conservative talk-show host suggested that the president’s aim was not to promote accountability, but to “actually make it easier for the media to go get Bush documents.”  He darkly suggested that it’s all a plot designed to help the Democrats indict Bush officials for war crimes.

And what about the Clinton presidential documents? Obama’s executive order didn’t eliminate the incumbent’s authority to decide whether records should be covered by an executive privilege. It’s already been speculated that Obama might be tempted to take steps to block access to records from President Clinton’s administration if they might reflect badly on Obama’s new secretary of state, and there doesn’t seem to be anything in his executive order that would preclude him from at least trying to do that, if he were so inclined.

Which brings us to the final concern: Will Obama be able to keep his promises?

Presidents and other leaders in contemporary free societies almost always embrace “transparency.” They would be foolish not to.  No one campaigns on a “secrecy” platform.  But rhetoric is one thing.  Following through is something else entirely.

A tendency to become insular
History teaches us that the longer an administration of any political stripe serves, the more insular it becomes. Government leaders inevitably develop an “us and them” mentality, and start to chafe when public oversight seems to interfere with their agendas. In the United Kingdom, for example, Tony Blair famously ran on a campaign of openness in 1997, promising that his government would enact the country’s first Freedom of Information Act shortly after it came to power. But after taking office, the legislation was delayed, modified, and truncated.  When Parliament finally enacted the law in 2000, it fell far short of the original high expectations.

The first few days of the Obama administration have raised high expectations, too.  He has declared that “government should be collaborative.”

He has promised to hold himself to “a new standard of openness.” His supporters have come to expect a constant flow of information, and of interactivity. His detractors will insist upon it. Neither will settle for business as usual.

For better or for worse, President Obama is right.  It is “a new era of openness.”

Jane E. Kirtley is the Silha Professor of Media Ethics and Law at the School of Journalism and Mass Communication at the University of Minnesota, a post she took in 1999. She was named director of the Silha Center in May 2000. Prior to that, she was executive director of The Reporters Committee for Freedom of the Press in Arlington, Va., for 14 years. Kirtley has also worked as an attorney and a newspaper reporter.

Cheers greet Obama’s declaration of ‘a new era of openness’; the trick will be keeping his promises