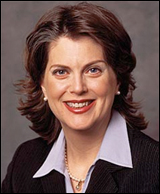 Over the past several days the University of Minnesota and the Royal Norwegian Embassy have hosted Transatlantic Science Week. These annual meetings were initiated by the Norwegian government beginning in 2001 to strengthen cooperation in research, innovation and higher education between Norway, the United States and Canada.

The relationship between Norway and the United States is a long and distinguished one, particularly for those of us Minnesotans who claim Norwegian ancestry. From the Viking settlements in the New World to the migration of the religious Haugianere and the younger children who didn’t inherit the family farm, to the important collaboration during the Second World War and thereafter, our two countries have a vital and historic bond.

But now, with the world economy in recession and climate change wreaking havoc on our environment, we need to make Norwegian-American collaboration something new and more vital.  Working together, Norway and the United States have the opportunity to create and promote a true “new green economy” — one that will create new industries, new investment opportunities and new jobs and provide clean technology products and services throughout the world.

To a partnership with the United States, Norway brings several advantages.  It is already playing a leadership role in fighting climate change, both in government policy and in creating new innovations.  Perhaps most important, it has a wealth of financial resources for investing in new clean technologies.

A long-time leader
It should come as no surprise Norway is taking a lead role in combating the environmental damage wrought by climate change. For decades, the country has led the struggle for securing human rights, and it will play a critical role at the upcoming UN Climate Change Conference to be held in Copenhagen. Norway’s economy has weathered the global recession better than most, and its sovereign wealth fund is a model for all nations.  And Norway’s unique history of both Arctic and oil explorations gives the country a comprehensive understanding of energy and the environment.

When oil was discovered in the North Sea in the 1960s, it was decided a large portion of the oil income would be set aside for the benefit of the Norwegian people. Those proceeds were placed in a fund for future generations; it has become the largest in Europe and includes a dedicated allocation to investments that will help usher in the new green economy. Norway was also one of the first to impose a tax on carbon to provide incentives to its private sector to reduce harmful emissions ushering in innovation and new companies in response.

In addition, Norway has been a leading center of innovation in clean technology.  In the area of carbon sequestration, the Norwegian company StatoilHydro has recaptured and injected 10 million metric tons of CO2 into sandstone below the floor of the North Sea thereby keeping it out of the atmosphere.  Norway is also leading the way in solar energy. REC, a Norwegian-based solar energy company, has already demonstrated how solar technology developed for summer cabins in the mountains can be utilized in other regions of the world.

Natural advantages in both nations
Exploring the full potential of each form of renewable energy is also crucial. Both Norway and the United States have natural advantages in exploring many of these areas — solar, hydropower, both off-shore and on-shore wind capacity, and wave power, to name a few. Clean technology used to retrofit and reengineer existing industries may be an even larger opportunity for Norwegian-American collaboration. Because Norwegian companies have long worked to minimize their environmental impact, the groundwork is already in place for the development of whole new industries.

As Norway looks at American partners, the Upper Midwest, especially Minnesota, makes sense. Our wind-swept prairies and our agricultural and forestry resources offer abundant opportunities to create diverse sources of energy from wind, solar and biomass, and the University of Minnesota is leading the way with cutting-edge research.

Entrepreneurs are already tapping into the state for clean energy innovation. Juhl Wind of Woodstock is home to the nation’s first community-based wind farm. Luverne-based Minwind experiments with technology that would enable wind-generated energy to be stored until needed. SMI & Hydraulics of Porter makes wind towers, and Columbia Gear Corporation of Avon is making gears for wind turbines.

Small-town Minnesota companies lead the way in other renewable energy forms, too: Solar Skies, Inc. makes solar thermal collectors in Starbuck, while ECONAR produces geothermal heat pumps in Appleton. And we have an excellent record in taking these emerging businesses to scale, as can be witnessed by Minnesota-grown companies like 3M, Medtronic and Best Buy.

We are living at a unique moment in history when we must rapidly create new products, companies and industries to power the new green economy while making existing industries cleaner and greener. Working together, our two countries have the assets and capabilities to lead the global transformation to a cleaner, more sustainable planet.

Lois Quam is the CEO of Tysvar, a strategic advisory firm focused on health care and the new green economy, and a senior fellow at the Center for American Progress. From 1998 to 2007, she was the CEO of Ovations, a subsidiary of UnitedHealth Group, which provided health coverage to older Americans and low-income families.