As I looked over a number of construction projects in the works throughout the region for a Prairie Business article, I found myself wishing another one — a new Minnesota Vikings stadium — was also in the pipeline.

A mammoth building project of this scale would be a well-timed shot in the arm for the state and region’s building industry, effectively serving as a state stimulus project to help jump start the economy.

Given Minnesota’s budget deficit and the economy, some have questioned the wisdom of committing public financing toward the construction of a sports stadium. But I believe it’s time to lock up a key state asset and make an infrastructure investment that will continue to pay dividends for years to come.

An economic impact report commissioned by the Metropolitan Sports Facilities Commission, which operates the Metrodome, found that the construction of an estimated $954 million stadium on the current Metrodome site in downtown Minneapolis would lead to $734 million in direct construction spending in the state and the creation of 13,400 jobs during construction. The report indicated that the project would have a total output of $1.35 billion during the construction period.

Impact beyond the Twin Cities
The economic impact of the construction of a new Vikings stadium would surely extend beyond the Minneapolis-St. Paul metro area. Grand Forks, ND-based JLG Architects, which also has a Minneapolis office, has had preliminary discussions about potentially providing some design services for a new Vikings stadium in collaboration with other firms. It also wouldn’t be surprising to see other companies in the region benefit, such as Brookings, SD-based Daktronics, which provided scoreboards and signage for the University of Minnesota’s TCF Bank Stadium and the Minnesota Twins’ Target Field. 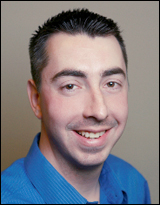 It’s difficult to fault state legislators for focusing on more pressing matters during the recently completed legislative session that required the balancing of a $3 billion budget deficit and the cutting of funding for many worthy programs as well as aid to local communities. The task won’t get any easier during the upcoming 2011 session when Minnesota will face a projected deficit of more than $5 billion. Convincing state legislators to use public financing to help fund a stadium for a private enterprise in the current economic climate may be a tough sell.

The right decision isn’t always the easiest one, though. Financing a new Vikings stadium in a way that doesn’t take away funding from other worthy recipients (such as a new state lottery scratch off game) presents a number of challenges, but the long-term benefits of retaining the Vikings outweigh the costs.

The Vikings, which rank near the bottom of the league in revenue generation, have a Metrodome lease that will expire after the 2011 season. Without a long-term stadium solution, the state risks losing the team to Los Angeles or another municipality willing to build a new stadium. Losing the Vikings would result in a big long-term financial hit for the state of Minnesota.

Without the Vikings, the team’s payroll, out-of-state visitor spending from home games, team merchandise sales profits for local merchants and taxes generated by the team would all be lost.

If the new facility has a roof, it may also be able to host major events such as a Super Bowl and Final Four as well as the high school sporting events, concerts and other events hosted each year by the Metrodome.

Ryan Schuster is the editor of Prairie Business magazine. He grew up in Minnesota and Wisconsin, and previously worked as a business reporter at the Grand Forks Herald and Bakersfield Californian newspapers.