1. It’s OK for Democrats to blame the outcome on President Barack Obama.

Our cerebral president seems to have missed a singular point of modern campaigns — they are profoundly Manichean (an ancient religion which held that good and evil were always at war, and people were always choosing between them.) It was Obama’s job, starting around Jan. 1, 2010, to begin to cast the Republicans in the role of evil, to give Democrats something to run against as they prepared for the 2010 election. But Obama kept chanting the “working together” mantra. That left Republicans free to define evil for the public, so they defined all government, and particularly Obama, as evil. Usually, Democrats blame business/fat cats/Wall Street as evil. In a poor economy, someone’s got to be blamed. But Obama wouldn’t take on business, so the bad economy ended up being his — and government’s — fault.

The last DFL governor in Minnesota, Rudy Perpich, must have said the words, “Jobs, jobs, jobs” at least 500 times a day when he was in office. Perpich’s background on Minnesota’s Iron Range helped him understand that nothing devastates individuals, families and communities more than desperately wanting to work but being unable to find a job. Obama didn’t seem to have that gut belief. He was trying to stop the decline, right the economy, allow market forces to begin working again — all commendable but not understandable to the average person. The stimulus needed to be much bigger than it was. It produced enough jobs to keep the economic charts from going down further, but not enough to make people feel like help was on the way. 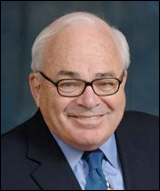 a) There are few regions in the United States where government has more importantly played a role in the economy than in northeastern Minnesota. Rep. Jim Oberstar brought many of those government benefits. Duluth’s Lake Walk, its Entertainment and Convention Center, the bridges and roads all over northeastern Minnesota, the upgraded airports in many communities, the many trails — most of these would have been truncated or nonexistent without Oberstar’s skill at working the congressional system. Ironically, in this election, all that Oberstar did for the district was held against him.

b) Oberstar was recognized in transportation circles as a no-kidding expert in his own right, someone who could think with the visionaries about what the current transportation really is and what it might become. After the 2008 election, Oberstar attempted to convince Obama that substantial job stimulus was needed and that bringing our now clunky transportation system up to speed could not only provide that stimulus but could also give us long-term economic and environmental benefits. Obama took some of what Oberstar offered, “shovel ready” projects, but the president wouldn’t commit to the game-changing portions of Oberstar’s plans, like high-speed rail. It’s all very ironic because Oberstar’s massive transportation plan could have at least partially bailed the Democrats out of last week’s election results, providing jobs and giving Obama the ability to do something like what President Dwight Eisenhower did when he announced the interstate highway system. The election would have been very, very different if the economy were better off and if President Obama didn’t look so feckless — an image he could have beaten back with a bold transportation plan, Oberstar’s plan.

c) Just a year before Jim Oberstar was elected a Minnesota congressman, the U.S. Supreme Court issued the Roe v Wade opinion. Abortion politics has riled the DFL Party in Minnesota ever since. Unlike most DFL office holders and activists, Oberstar was what came to be called “Pro Life.” He suffered slings and arrows for years because of that position, but to my knowledge he never wavered. This year the state’s influential Pro Life group Minnesota Citizens Concerned for Life (MCCL) endorsed Oberstar’s opponent, apparently because they disagreed with Oberstar and other Democratic Pro Life members of Congress who held steadfastly to the belief that they had amended the health-care bill so as to guarantee that no tax money would be used for abortion. For long-time Minnesota political watchers, like me, having Jim Oberstar go down because he wasn’t deemed to be Pro Life enough is ironic in the extreme.

Wy Spano is director of the Masters in Advocacy and Political Leadership (MAPL) Program at the University of Minnesota Duluth.