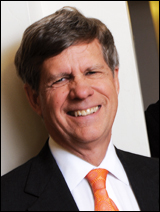 Mentally ill. Unstable. Unbalanced. Crazy. All of these terms have been used to describe Jared Loughner, who is accused in the Arizona shooting that left six people dead and 14 wounded, including U.S. Rep. Gabrielle Giffords, who remains in critical condition at a Tucson hospital. Our nation has been united in condemning this senseless violence. House Speaker John Boehner truly spoke for all Americans when he characterized the rampage as an “attack on all who serve … a sad day for our country.”

Our hearts go out to the Arizona victims and their loved ones. In addition to those directly harmed, there are other, not-so-visible victims: the community of people who are mentally ill. As the CEO of the Twin Cities’ largest nonprofit organization serving people with mental illness, I believe that when we casually link mental illness with violence, we do a disservice to the vast majority of those who suffer from a mental disorder.

Most people with mental illness are not violent men who open fire with semiautomatic guns; they are the church secretary who manages her depression with medication; the fidgety kid with ADHD, the teenager hospitalized with anorexia nervosa, the peaceful young woman who bags groceries and has been diagnosed with schizophrenia; the soldier whose post-traumatic stress disorder strains his marriage and causes nightmares. These faces are more representative of mental illness than that of the accused shooter in Arizona.

In coming to terms with this unspeakable tragedy, we all want to understand what happened and why. It’s easy to say that someone is so ill that their delusions lead them to become violent. If we suspect that is the case, however, let’s use the right words to describe it: Someone who commits a crime like the Arizona massacre is a violent criminal. He or she may even be diagnosed as having psychopathic tendencies. But let’s not stigmatize people with mental illness by linking them with violent acts. It hurts people with mental illness, and it hurts our society as a whole.

M. Tim Burkett, Ph.D., is a licensed psychologist and CEO of People Incorporated, a nonprofit agency that serves mentally ill people throughout the Twin Cities with more than 40 programs. He also has mental illness in his family.