The Minnesota Legislature is considering a bill to certify 4th-graders as adults and lock them up in adult prisons. I am one of the numerous African-American spectators who attended the House Public Safety and Crime Prevention Policy and Finance Committee hearing last Thursday.

I was offended and appalled at the way that Chairman Rep. Tony Cornish, R-Good Thunder, spoke to the audience. Why was Cornish so hostile to the audience? I know that it’s unusual for such a large number of African-Americans to attend legislative hearings; was Cornish upset about the large turnout of African-Americans who he perceived were there in opposition to the bill? After the testimony from Lynn and Travis Johnson, whose 2-year-old daughter was killed in 2006 by the 13-year-old son of her Fergus Falls day-care provider, Cornish admonished the audience that he did not want to hear testimony about “poor little Johnny.” He completely disregarded the fact that there could be reasonable and rational arguments against the bill. We should not be disrespected for having differing opinions. I commend Rep. Sheldon Johnson, DFL-St. Paul, for reprimanding Cornish for the way he spoke to the audience.

Cornish made it very clear that this bill is going to pass his committee. Why is he so adamant about passing this bill when the juvenile- and criminal-justice professionals are against it, such as the County Attorney’s Association, the probation officers and the public defenders?

What happened to the Johnson family was a tremendous tragedy, and as a father of three I would not wish that type of pain on anyone. However, changing the law is not going to stop this type of crime from occurring in the future. Anyone who has been a parent of a 10-year-old knows that children that age are not going to think about the legal consequences of their actions before committing a crime. Locking up a youth in an adult facility and throwing away the key is not going to undo the crime or the pain that it caused. 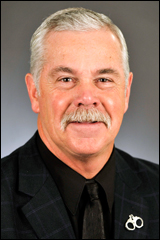 At some point the offender will return to society
It is human nature to want revenge (to punish the offender) after such a heinous crime. However, unless we are going to execute 10-year-olds or incarcerate them for life, at some point the offender is going to be released back into society. Representatives of the Corrections Department and the County Attorney’s Office testified at the hearing that a 10-year-old given an adult sentence would more than likely complete the sentence by the time he or she turned 18 years old without receiving the services that are available in juvenile court system.

From a public-safety standpoint it scares me to think that young people who spent their entire childhoods in a locked adult facility would be released back into society without any type of counseling or treatment. Such youths will become institutionalized, and become ill equipped to live a productive life in society. While in the adult prison the vulnerable young people will learn from the older inmates how to become a better criminal and how to become more dangerous. They will be subject to physical and sexual assault. And once such young people are released they will not be able to get a job or housing because of their felony record and they will more than likely end up back in prison, just like 60 percent of inmates.

In a civilized society we have to hold our young people accountable for their actions, but we also have to resist our natural desire for revenge and focus on rehabilitation, intervention and prevention. Given the dramatic rise in incarceration over the past decade, public safety is threatened unless the corrections system does in fact “correct” rather than simply punish. Because someday, like it or not, poor little Johnny will be released.