How did the Cincinnati Public Schools increase overall graduate rates by more than 25 points, and eliminate the graduation gap between white and African-American students? Anthony Smith, a Cincinnati district high-school principal whom “ABC Nightly News” named “Person of the Week” earlier this year, will explain on June 29, 5:30 – 7:30 p.m. at the Capri Theater in Minneapolis (registration details at the end of this commentary).

Recently Elizabeth Holtzapple, Cincinnati Public Schools’ director of research, evaluation and testing, told me that the district’s public schools increased overall high school graduation rates to 81.9 percent in 2010. That is up from 51 percent in 2000. She also reported the district also has eliminated the graduation gap between white and African-American students.

This is what Brenda Cassellius, Minnesota’s commissioner of education, described as possible during a recent meeting. She praised educators, working together overall several years with the right strategies, as “able to overcome achievement gaps.”

Smith, principal at Cincinnati’s Taft High School, uses a philosophy called “Failure is Not an Option.” The U.S. Department of Education recently named Taft a national “Blue Ribbon School.” The school has increased its graduation rate more than 50 points in the last decade, while serving 94 percent African-American students, 74 percent students from low income, and 24 percent students with some form of disability. Here’s the link to a 2-minute ABC Nightly News clip about Smith.

A belief that they can ‘make it’
In working 2000-2007 with Cincinnati educators, families, faith, foundation, business and other community members, I found a deep belief that young people can “make it.” The Bill and Melinda Gates Foundation asked that we work with the district on this major effort.

Ohio increased high-school graduation requirements from 2000 to 2007, so students must pass challenging statewide tests in a number of areas.

Laura Pappano, who has written for The New York Times, provides in-depth information about Cincinnati’s major progress in her 2010 book, “Inside School Turnarounds.” Her book includes extensive information about Taft and other Cincinnati district high schools. 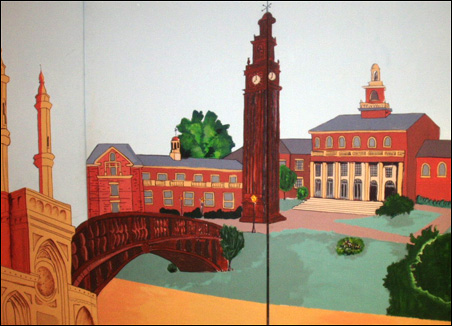 The strategies
Cincinnati used several strategies. The most important included:

• Focusing on just a few goals (increasing overall graduation rates and reducing the high-school graduation gap).
• Taking educators, parents, community leaders and students to visit some of the nation’s most effective urban district and charter public schools.
• Focusing staff development on a few key areas.
• Increasing youth/community service so students learned they are capable of more than they thought
• Positive ongoing leadership from the Cincinnati Federation of Teachers
• Holding principals accountable and replacing some in schools where there was not much progress
• Strong, strategic, ongoing partnerships between schools, businesses and community groups focused on project goals.
• Monitoring and financially rewarding progress at the school level.
• Creating small schools or small learning communities in large buildings.
* Using competition from local charter public schools to encourage improvements in district public schools.
• Obtaining support from the Bill and Melinda Gates Foundation.

However, Gates support ended three years ago. Cincinnati’s progress has continued. The district continues pushing for even better results. That’s a tribute to the faculty, families, students and leaders like Superintendent Mary Ronan and KnowledgeWorks Foundation President Chad Wick.

Significant increases
Follow-up research by Strive, a Cincinnati based group, shows that the percent of local students entering college with no deficiencies in reading or math, and the percent of students going from the first and second years of college at, for example, the University of Cincinnati and University of Kentucky increased by 10-15 percent between 2004-2005 and 2008-09. Rates vary by indicator and institution. Growth and Justice also has a case study about Cincinnati.

More than 30 years ago, Harvard professor Ron Edmonds asked, “How many effective schools would you have to see to be persuaded of the educability of poor children? If your answer is more than one, then I submit that you have reasons of your own for preferring to believe that pupil performance derives from family background instead of school response to family background. We can, whenever and wherever we choose, successfully teach all children whose schooling is of interest to us.”

To register for the free June 29 presentation (by June 25), at Capri, 2027 West Broadway, please email jnathan@macalester.edu. Register please, because of limited seating and food provided. We need an accurate count. The presentation is co-sponsored by the African American Leadership Forum, Center for School Change at Macalester (with help from a grant from the Minnesota Department of Education), Growth and Justice, Minneapolis Public Schools, Minnesota Chamber of Commerce and Northside Achievement Zone.  Education Commissioner Brenda Cassellius, Sen. Gen Olson and Rep. Carlos Mariani will provide brief comments about what happened in Cincinnati, and what this means for Minnesota.

Cassellius says it can be done. Cincinnati shows us how.

What did Cincinnati Public Schools do to close the high-school graduation gap?