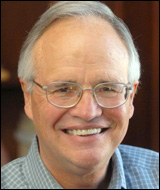 Most of us who care deeply about the conditions of the United States and its public policy are sustained and carried forward by the expectation that serious progress in the directions we favor is coming, sooner or later, and that things will get better. And the harder we work for the change, the better it will be. This comfort zone is where most of us are most of the time.

Maybe. But there is a deepening sense that this nation’s challenges have grown so large that they exceed current capabilities. Reflect for a moment on the magnitude of the challenges America confronts. For example, in a 20-country group of America’s peer countries in the OECD, the U.S. is now worst, or almost worst, on nearly 30 leading indicators of social, environmental, and economic well-being.

Even a well-intentioned and highly capable government in Washington, D.C., would have severe difficulty successfully addressing the current backlog of major challenges. And, of course, the good government the American public needs is not the one that it has or is likely to have anytime soon. Indeed, right now, Washington isn’t even trying to seriously address most of these challenges. Neglect, stalemate, and denial rule the day.

To our great shame, among the 20 major advanced countries America now has

yet accompanied by the highest

•    infant mortality rate;
•    prevalence of mental health problems;
•    obesity rate;
•    portion of people going without health care due to cost;
•    low-birth-weight children per capita (except for Japan);
•    consumption of antidepressants per capita;

along with the shortest life expectancy at birth (except for Denmark and Portugal);

If this analysis is correct, the devastating conclusion is that most of America’s problems will get worse or, at best, will continue to fester more or less as they currently are for the foreseeable future. That is a difficult conclusion to have to face. But face it we must. Of course, we have to fight to correct these problems with all the strength progressive communities can muster, but we must also prepare and pursue another path forward.

In short, America must complement ongoing efforts at reform and working within the system with at least equal efforts aimed at transformative change leading to a new political economy — a new operating system that routinely delivers good results for people and planet at home and around the world. The current system is simply not delivering economically, socially, environmentally or politically. We need a new one. This type of systemic change will require a great struggle, and it will not come quickly. The truth is we are still in the design stage of building a new operating system. That system won’t be socialism, by the way, and it won’t be today’s American capitalism either.

The possibility of system change suggests there can be a very bright light at the end of this gloomy tunnel. America is in the midst of a period of decline, and it hasn’t hit bottom yet. The imperatives its citizens face are therefore fourfold: (1) to slow and then halt the descent, minimizing human suffering and planetary damage along the way; (2) to prevent a collapse, the emergence of a fortress world, or any of the dark scenarios that have been plotted for us in science fiction and increasingly in serious analysis; (3) to minimize the time at the bottom and to start the climb upward, building a new operating system; and (4) to complete, inhabit, and flourish in the diversity of alternative social arrangements, each far superior to what we will have left behind.

There is hope especially in three things. The decline now occurring will progressively delegitimize the current order. Who wants an operating system that is capable of generating and perpetuating such suffering and destruction? The one good thing about the decline of today’s political economy is that it opens the door to something much better. Second, people will eventually rise up, raise a loud shout, and demand major changes. That is already happening with some people in some places. Eventually, the chorus will grow to become a national and global movement for transformation. And third, Americans are already busy with numerous, mostly local initiatives that point the way to the future.

Amid ongoing decline, Americans must now summon the hope and courage to dream up something new and better and to fight for it. It has been said that the genius of America is to turn crisis into opportunity. Let us now dream a new America, the country we want for our grandchildren.

Gus Speth is a professor of law at the Vermont Law School. From 1993 to 1999, he served as administrator of the United Nations Development Programme and chair of the U.N. Development Group. Earlier he was the founder and president of the World Resources Institute, professor of law at Georgetown University, chairman of the U.S. Council on Environmental Quality, and senior attorney and cofounder of the Natural Resources Defense Council. This article first appeared in the online publication Solutions.