Walking into a school with Kwame McDonald was like nothing I’ve ever experienced. It didn’t matter whether it was an elementary, middle or high school. Youngsters would rush up to him, eager to say “hi,” eager to talk with him, eager to listen to anything he had to say. Eighty-year-old McDonald is unique. Last week hundreds of Minnesotans (and some folks from Wisconsin, where he grew up), came to St. Paul’s Central High School to honor him. 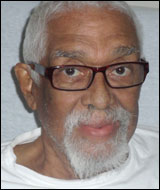 Fortunately, he is still with us. So he was able to enjoy the outpouring of affection, adulation and admiration.

Kwame loves sports. He was a fine athlete at Madison, Wis., Central High School. He was on football, basketball and track teams. He also was the captain of the state championship volleyball team.

But he loves justice even more. He helped persuade the Minnesota Twins to integrate housing in Florida for their players during spring training. And while he worked with legislators, governors and others to create a more equitable society, he also was relentless about personal responsibility. He promoted personal persistence.

He challenged, pushed, pulled and prodded
Through his enormously popular St. Paul cable TV program “Sports Wrap,” through hundreds of newspaper columns, as a commentator on local high-school basketball games, director of Minnesota’s Commission on Youth and director of Minnesota’s Anti-Discrimination Commission, McDonald started where young people were. Then he challenged, pushed, pulled and prodded.

Working together at the Center for School Change with help from the Bill and Melinda Gates Foundation, we were able to help several St. Paul Public schools increase overall high-school graduation rates, and reduce graduation gaps between white and African-American students. In some cases, we were able to reduce gaps by double digits. 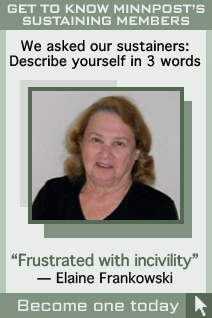 One of McDonald’s many strategies was to identify young people who had overcome challenges, and bring them back to high schools to talk with younger students. Another was to emphasize over and over again that no matter how great your athletic ability, you also needed academic skills and personal integrity.

He helped young men and women all over Minnesota achieve far more on and off athletic fields  than they thought possible. He was a coach, an advocate, and as some people said last week, “a living legend.”

‘Kwame McDonald Day’
The celebration at Central High, organized by his long-time friends Bobby Hickman and Mary K. Boyd, included citations proclaiming it “Kwame McDonald Day” from the Ramsey  County Commission, St. Paul Mayor, City Council and other groups. But most impressive were the statements, both in writing and delivered from a microphone. These came from people he helped graduate from high school, and enter college or university, and from adults he inspired to keep working for justice.

Elona Street-Stewart, chair of the St. Paul Board of Education, wrote that Kwame “inspired me to listen with intent, watch with vigilance and speak with courage.”

JoAnn Clark, who has led trips to help young people visit colleges all over the United States, wrote, “Thank you for taking the time to teach me how to be an effective leader.”

Another person wrote, “You have always blessed and touched lives wherever you go.”

Generations of admirers
Among the hundreds of people honoring him last week were people he taught up to 30 years ago, the president of his high-school class in Madison, and the former superintendent of Milwaukee Public Schools, Howard Fuller. McDonald’s celebration brought together two and sometimes three generations of families that he worked with.

Imagine an auditorium packed with hundreds of people, teens to seniors, turning out on short notice to pay tribute. Imagine a person who has traveled Minnesota for decades, bringing out the best in people.

That’s what Kwame McDonald did. He is, as one person wrote, “a giver of life and opportunity.”