On Nov. 7, the day before elections, a voicemail left for a Hmong candidate for St. Paul City Council, Bee Kevin Xiong, was posted on YouTube.

“I know a lot of people who would not vote for you; you are Hmong, …” growled the anonymous male caller, while pointing out that he was a property owner on the east side of St. Paul. “I don’t understand why you people think you can take the state of Minnesota over like this. …” 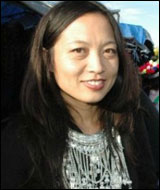 The tirade went on to indict Hmong for patronizing only their own businesses and for buying Toyotas and Hondas rather than Cadillacs and trucks. Typical of someone who feels his turf is threatened, his zinger was a counterthreat: “We would never vote for you [Hmong people].”

Accordingly, Facebook users and web surfers, in chorus, frenetically reposted the recording, now titled, “A racist rants on the Hmong.” Some protested, however, that the caller was a bizarre rarity, an extremist fringe in an otherwise race-blind U.S. political culture: “This is America where racism doesn’t exist anymore, it’s the few that wants to stay dominant that still allow racial prejudice to live.”

Excused as irrelevant
Taking for granted that the caller was white, they questioned its importance: “Look, it’s NOT because he is WHITE! It is because he is UNEDUCATED! … one stupid guy, which HAPPENS to be white is saying stupid things. …”

There is a fine dance going on here between the privileged and those they wish to exclude. While on the one hand the caller refrained from naming his race, his respondents, on the other hand, excused it as irrelevant. This call to “colorblindness” refuses to recognize the system from which the comments stem — a system in which immigrants and minorities are still deemed by some to be unfit or undeserving, in this case, for office.

Meanwhile, irate comments by quite a few on the YouTube site hurled other egregious hate slurs back at the caller. They denounced him as mentally disabled (“retarded”), irate female (“bitch”), and homosexual (“gay”). Why mobilize injurious language directed at other disempowered groups as a way of insulting him back? Perhaps it is because his whiteness doesn’t operate as a slur.

Don’t be wooed
If the persistence of racism remains unspeakable in polite mainstream discourse, who stands to lose? Some have touted President Obama’s 2008 electoral victory as the ushering in of a “post-race” era of racial equality, tolerance and inclusion. If we allow ourselves to be wooed by this fantasy, a harsher, post-colorblind society will be less reversible and become more entrenched after elections to come.