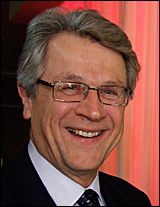 Minnesotans are entering 2012 with a public policy hangover — unresolved issues that will make our heads throb all year long. Get the aspirin out and take a moment to look at five stories from last year that will keep giving Minnesotans headaches in 2012.

At number five is the continuing erosion of Minnesota‘s small communities. Democrats put the blame on Republicans for cutting direct aid and property tax relief to local governments; Republicans blame city, county and school leaders for not having the discipline to reduce spending. Both are wrong. Minnesota lacks what small communities need most: a consistent, coherent and effective commitment to rural economic vitality.

There is evidence that parts of rural Minnesota are seeing early signs of a “brain gain.” According to University of Minnesota Extension researcher Ben Winchester, some communities are seeing in-migration from educated 30- to-49-year-olds and their families. But it’s hard to imagine small communities prospering if they have inadequate health services, limited or no access to high-speed broadband or two-year colleges — the cultural and economic engines in many small communities — that are becoming unaffordable. Yet, these are the challenges small communities face as a direct result of public policies coming from St. Paul.

Number four on the hangover list is the stadium debate — not a Vikings stadium itself, mind you, but the growing likelihood that political desperation will result in bad public policy on gambling. What should be avoided is exactly where more and more politicians are heading: looking at gambling as an easy fix to multiple problems, from correcting the mistake that is Minneapolis’ Block E to education funding.

Gambling shouldn’t be used to fund the services that are vital to our state’s future, including education and health programs. Fair, transparent and reasonable taxes should fund essential services. Building a stadium with gambling revenue makes sense; avoiding taxes by betting our state’s future on the turn of a card or the roll of dice is political timidity at its worst.

What changes with the amendment is this: A thoughtful, respectful and honest conversation about the role of marriage in our society will be lost to a campaign that will divide, distort and deceive Minnesotans. Instead of asking ourselves what defines marriage — the love and commitment of two adults, in my opinion — voters will be subjected to a vicious campaign that threatens to make Minnesota an unwelcoming state and marginalizes many of our fellow Minnesotans.

Second place goes to the tax debate. Should Minnesota increase income taxes on the wealthy, as Gov. Mark Dayton keeps urging, or should we continue down the path of no new (state) taxes, as Republicans tout?  In fact, neither is an answer to what ails Minnesota’s tax system. There are better solutions.

Consider, for example, the recommendations of Gov. Tim Pawlenty’s 21st Century Tax Reform Commission. This panel — chaired by the person recently charged to craft a get-well plan for the state GOP’s financial ills — proposed comprehensive tax reform that would reduce taxes on investment and job creation, increase sales taxes and simplify the entire system. Many of these same principles are starting to show up in the reform hearings sponsored by Myron Frans, Dayton’s revenue commissioner. In other words, there is common ground if the hardliners among Democrats and Republicans would pull up their stakes-in-the-ground and starting building Minnesota’s future on their areas of agreement.

And the number one hangover we take with us into 2012?  The inability of policy makers to fundamentally take government in a new direction. Rhetoric aside, precious little redesign was included in the compromise that ended Minnesota’s government shutdown. There was some tinkering around the edges and a lot of borrowing to sustain the status quo.

Yet, all the evidence cries out for fundamentally different approaches to how we educate students, provide health and other social programs to those who are vulnerable, protect the safety of residents and maintain the state’s infrastructure. The cost of these and other programs — and the outcomes we expect — will continue to grow as long as policy makers debate how much we are spending instead of asking, “What do we need to succeed?”  In other words, let’s have conversations about outcomes, then figure out how best — and most efficiently — to achieve our goals.

The good news is that Minnesotans continue to be an innovative lot. We have a state budget surplus, a legislative session unencumbered by crisis (at least so far) and watershed legislative elections in the fall. We have all the medicine needed to cure 2012’s hangover and to start 2013 in good health.

Tom Horner is a public affairs/public relations consultant and was the Independence Party candidate for governor in 2010.