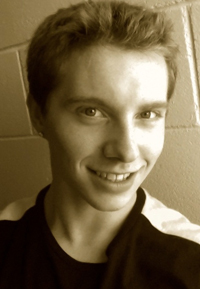 Attorney General Lori Swanson has been drafting tougher anti-bullying legislation in response to Minnesota’s increased bullying problem across countless school districts. According to a Pioneer Press article, Swanson’s legislation would require that districts “adopt policies by Jan. 1, 2013, that would prohibit students from bullying or retaliating against victims or those who report bullying and would also establish procedures for immediate reporting, investigation, discipline and potential police notification.”

The Pioneer Press quoted Swanson as saying that Minnesota currently has some of the weakest bullying laws in the nation, so it is appropriate that she is looking for a fix.

As a member of the Citizens League’s Students Speak Out network, I participated in a working group made up of youths from Minneapolis Public Schools who were charged with addressing school safety. Our findings concluded that increasing trust between students and teachers will reduce bullying and harassment in schools. Our group recognized that bullying is an unavoidable reality, but that there are ways to reduce the number of incidents.

Increasing the exchange of information between students and teachers is the key, but it is crucial that a trusting relationship be established first. This is a cultural problem in our schools that cannot be solved by mandating an informational exchange without addressing how to build the relationship to do so.

Swanson has been quoted as saying that bullying is a result of a cultural problem in our schools, and one that is not entirely preventable. She has that part right. She also has it right that if students are going to report incidents of bullying so adults can help address it, they need to know what adults will do with the information. But her proposal doesn’t get to the root of the problem.

Students already know they are prohibited from bullying and that they are expected to report it. They don’t share information because a trusting relationship with an adult has not been established first. Simply put, if anti-bullying legislation is to be successful, it needs to address how adults in the school can build these relationships with students.

How would Swanson’s proposed legislation have prevented bullying and increased reporting in the Anoka-Hennepin School District, where recent suicides have made national news and embarrassed Minnesota?

There have been eight student suicides in the past two years, with four said to be directly tied to anti-gay culture in the schools. Nationwide, countless suicides have also been connected to bullying of lesbian, gay, bisexual and transgender students.

Anoka-Hennepin’s former policy concerning LGBT issues — which was replaced this month — was known as the district’s “neutrality” policy. This policy essentially prevented schools from effectively combating bullying, because it required teachers to stay neutral on matters of sexual orientation. Some Anoka-Hennepin district LGBT advocates said teachers essentially had been placed under a “gag” order concerning the bullying of LGBT students.

If we are serious about preventing the unfair and unwarranted harassment of our students we cannot neglect any harassment.

Creating a culture of accountability, where students are comfortable reporting harassment, requires all students  — LGBT, minority, liberal and conservative — to feel like members of their community. Schools must entertain a positive, nurturing environment to create a culture of safety and accountability.

Schools cannot be afraid to stand up for those who are victimized because of personal politics or religious agendas. Swanson’s legislation must take a stronger stance on addressing the trust between students and teachers.

Indeed, if anti-bullying legislation is to be successful, its authors need to turn to schools where trusting relationships and positive environments already exist.

Avalon School in St. Paul, where I attended eighth grade through graduation, appreciates the validity of a strong nurturing community for the overall benefit of its students. This is not only outlined in the school’s mission statement, but also enforced by both teachers and students.

Avalon builds a foundation of trust first, stressing the relationship between teachers and students. Our state needs more schools like Avalon, places where not just some students, but all students are part of a safe community. Swanson’s proposal would greatly benefit from taking a closer look at schools such as Avalon and projects such as Students Speak Out.

Swanson is serious about tackling the bullying problem, and so are students. It is about time, and taking on school bullying should be an effort that includes everyone at the table. Our schools are not the place for political battles, and bullying isn’t about politics. All people involved in the bullying problem need to work together to define and develop solutions if any new bullying policy is to be successful. This is a fight worth doing right.

Anti-bullying efforts should build trust between students and teachers