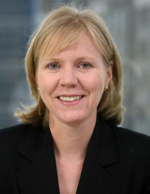 Monoram Hang was just 9 years old in April 1975, when Khmer Rouge soldiers forced his family from their home in Phnom Penh. His mother, weak from giving birth two days earlier, fell to her knees and begged for permission to wait for her husband to return from work so their family could leave together. The soldiers kicked her to the ground and ordered them out at gunpoint, forcing them to join the swollen river of people leaving Cambodia’s capital. As Hang related, “At that time we walk, we don’t know where we are going, we don’t know where we end up. We just walk and walk. …  And Khmer Rouge soldiers behind us and shoot from behind and force us to go.”

Hang was lucky to survive; as many as 2 million Cambodians died in the “killing fields” of the Khmer Rouge regime. He found refuge in the United States, one of nearly 10,000 Cambodians now living in Minnesota — the country’s sixth-largest home to Cambodians. Like Hang, most witnessed genocide and endured forced migration and labor camps under the Khmer Rouge.

In 1990, Hang and other survivors testified at a mock trial of the Khmer Rouge leadership that was held at the State Capitol in St. Paul. The Advocates for Human Rights organized the mock trial with Minnesota’s Cambodian community to give voice to the victims of Khmer Rouge atrocities. The panel of public officials serving as judges at the mock trial found the Khmer Rouge leaders guilty of genocide. The entire Minnesota Congressional Delegation issued a statement formally recognizing members of Minnesota’s Cambodian community for their testimony and joined “the appeal to establish an international inquiry into crimes of genocide perpetrated by the Khmer Rouge between 1975-79. Well-established principles of international law require accountability and punishment for those responsible for genocide, the Khmer Rouge being no exception.” 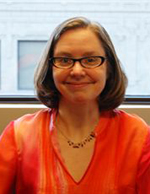 The mock trial was such a positive experience for the Cambodian community that The Advocates then created the Khmer Oral History Project, enlisting volunteer attorneys to interview Hang and other members of Minnesota’s Cambodian community about their experiences under the Khmer Rouge, their life in refugee camps, and their immigration to the United States. Transcripts and video recordings of those interviews are available through the Minnesota Historical Society.

Yet more than two decades after The Advocates put the Khmer Rouge on trial in Minnesota and Minnesota lawmakers called for accountability, one — and only one — Khmer Rouge leader has actually been brought to justice. In 2010, a hybrid United Nations-Cambodian tribunal, the Extraordinary Chambers in the Courts of Cambodia (ECCC), found Kaing Guek Eav responsible for the deaths of more than 14,000 people at the notorious S-21 prison and convicted him of crimes against humanity, murder, and torture. An ECCC appeals court last month increased his sentence to life imprisonment.

For survivors like Hang, justice delayed may be justice denied. Thirty-five years after the Khmer Rouge took power, only three additional leaders, all in their 80s, are answering charges in an ECCC “mini-trial.” Additional mini-trials against the same elderly defendants will follow — if their health holds out. Proceedings against a fourth defendant have been stayed as she battles age-related dementia.

A recent dispute between U.N. and Cambodian authorities threatens to bring the ECCC’s slow progress to a grinding halt. The Cambodian government, which is bidding for a rotating seat on the U.N. Security Council for 2013–2014, has made plain that it opposes any additional charges against other defendants. International co-investigating judge Siegfried Blunk resigned last October, complaining of government interference.

According to the painstakingly negotiated UN/Cambodian agreement establishing the ECCC, Cambodia’s Supreme Council of the Magistracy was obligated to appoint reserve judge Laurent Kasper-Ansermet to replace Blunk. Kasper-Ansermet took his post in December, paying no heed to government efforts to obstruct justice and launching investigations against new defendants. In January, however, the Supreme Council rejected his appointment, and Kasper-Ansermet’s Cambodian co-investigating judge has constantly contested his authority to investigate cases. U.N. Special Expert to the ECCC, David Scheffer, has emphasized to Cambodians on the court that Kasper-Ansermet has full authority to serve as the international investigating judge.

On March 19, frustrated with the recalcitrance of his Cambodian colleague and the resulting “dysfunctional situation within the ECCC,” Kasper-Ansermet tendered his resignation. He did so in view of “the victims’ right to have investigations conducted in a proper manner.” The UN has voiced “serious concern” at the developments prompting Kasper-Ansermet’s departure.

Time to get tough

Hang and other victims of the Khmer Rouge have waited too long for justice. For their sake, it is time to ensure that the work of the ECCC goes forward to hold the perpetrators of horrific crimes against humanity accountable. Minnesota’s lawmakers should join California Rep. Ed Royce in calling for more trials and an end to the Cambodian government’s culture of impunity. The United States, which has contributed more than $6.7 million to the ECCC, should demand that the Cambodian government cease its interference in the proceedings. Unless the meddling ends, Cambodia has no place at the table on the Security Council.