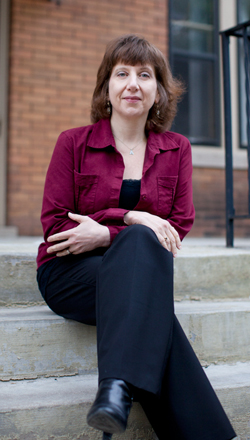 I have excellent, relatively inexpensive, employer-sponsored health insurance, for which I am immensely grateful. Even so, I’m having a hard time getting decent primary health care. In fact, it’s been nearly two years since I saw a doctor who knows me. And I think I may be seeing a trend.

In 2004, I became a patient of a wonderful GP. Myra was in her 50s, a tiny, delightful good witch of an allopathic practitioner. She approached my care like one might a garden: She poked around curiously, spent a lot of time gazing at the sun, and leaned against a wall as she talked. I can count on one hand the number of times I left her office with a prescription; Myra’s style was to recommend hot, salt baths or homemade garlic remedies or lots more sex.

On one of the worst days of my life — when I had to accompany my son with autism from the group home where he’d been living to a locked psych ward — Myra went with us to do the pre-admission exam. She moved around my miserable, brain-broken boy and laid her hands on him, as if she were performing unction. After he’d left with his keepers, she stayed with me while I sobbed.

I wouldn’t say Myra and I were friends, but I knew all about her children. I had given her inscribed copies of my books. So it came as a jolt when I received a letter from her clinic, informing me that Myra was leaving the practice effective the following week.

Myra never sent a letter of her own explaining; she simply vanished. And I worried that perhaps she’d had a health crisis of her own, but there was no way to find out. The clinic manager recommended I switch to the young woman they’d recently hired, which I did for a while.

The new doctor was nice, but Myra’s polar opposite. She asked me a series of questions, rapid-fire, her head bent over a form. Before I left, she handed me a sheaf of prescriptions, every one to answer some idle response I’d made (heartburn every once in a while; a little hayfever; yes, trouble sleeping). On my way out the door, I threw them all in the trash.

Then I had a brilliant idea: my gynecologist! A lot of women use OB/Gyn’s for their primary care. Problem solved.

On the day of my appointment, I filled out the paperwork, was weighed, and showed to a room. Then I waited for an hour and a half. By the time the doctor rushed into the room, red-faced with hurry, I had just 20 minutes to get to a meeting. We talked briefly and agreed to call this an office visit. I would reschedule the physical because my insurance would pay for only one per year.

But on the new date I got a call saying my doctor had been called away. Appointment three, I again sat in a room waiting. This time, after 45 minutes, I heard a conversation in the hall. I poked my head out. It was my doctor, consulting at length with a woman in a white coat who seemed lost.

I ducked back in, assuming I was next. But no. My doc finished her conversation then turned and headed toward a room down the hall. After waiting another half hour, I put on my clothes and left.

The following month, when I had some sinus trouble, I made an appointment through one of the clinics near my office. The woman I saw was funny and helpful and slow to treat.

“Crazy question,” I said as I gathered my things to leave. “Are you, by chance, taking new patients? I’m looking for a primary care provider …”

But before I could finish, she was shaking her head. She was just a “floater” who works in clinics when there was a shortage, the doctor explained. She’d had her own practice but grew to hate it. All the paperwork and red tape.

So one day, she quit. Now she temps for six months a year and travels the other six; stopgap doctoring is so lucrative, she said, this is possible.

“It’s happening all over,” she said. “Doctors just get tired of all the stress and bullshit and” — she shrugged — ”we leave.”

I work in advertising on a medical device account. So I’ve been trained to think like a physician. And here’s what I know.

These are people who have spent 10-12 years and hundreds of thousands of dollars on school. They invested this time and money because they expected the long-term reward to be worth it. But with the recent increase in malpractice insurance premiums and federal regulations — as well as falling reimbursement rates — the payoff simply isn’t what they expected it to be.

What makes physicians buy certain products is messaging around how it will increase their practice efficiency, allowing them to see more patients per day, or boost their outcomes (patient stats) so they’ll be more sought-after and can charge higher fees.

I know this sounds cold. But I’m not making judgments. In fact, I understand. Being a doctor sounds really hard — people coming to you all day, in pain, begging you to help or understand or just let them talk. Who wouldn’t get tired of that?

Of course, I don’t believe Myra felt this way. But that’s the thing: Patients never do. Our research also shows that while physicians are looking at the bottom line, patients insist that their motives are pure. In other words, we expect our doctors to be saintly, selfless creatures. What a burden that must be.

Add to this the army of baby boomers, some 76 million, now in that high-maintenance age range of 49-66. They’re being bombarded with messages that they can feel younger with sex-enhancing drugs and hormone patches and treatments for low testosterone. It’s no wonder they’re willing to wait the two hours it takes to be seen.

At the same time, there are now more female doctors than ever before (they’re due to outnumber males by 2017), and study after study shows that women tend to work fewer hours because even if coupled, they also take primary responsibility for their children, social life and home.

What it all comes down to is this: Doctors are disappearing. Especially the ones who provide holistic primary care.

None of this really mattered to me, because I’ve had the good fortune to be healthy for most of my life.

But after 20 years of daily keyboarding, I developed a repetitive stress injury so severe it’s begun to degrade the cartilage on the right side of my body. To put it bluntly, I have arthritis. At 46.

I discovered this during a visit to a very kind doctor I’d never met, who spent 15 minutes more than her allotted time doing finger and wrist tests and reviewing X-rays of my spine. She gave me a cervical collar and a wrist brace, a referral to a physical therapist and a note to come back and see her in a month.

“Does this mean you’ll be my doctor?” I asked.

And I watched as conflict crossed her face. No doubt she already had too many patients and the smart thing would have been to decline. But I saw her look at my crazily tilted neck and soften.

“Sure, I can do that,” she said and rushed out the door to someone who was waiting down the hall.

Ann Bauer is the author of “The Forever Marriage,” a novel coming out in June. This article originally appeared on her blog.